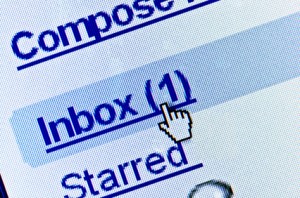 Internal American Ultimate Disc League emails obtained by Ultiworld portray an organization that is struggling to manage the difficulties of a start-up sports league. The problems range from the obvious (the lawsuit) to the small (playoff seeding). The emails below give an insiders look at the infighting as the league begins to look towards year two.

The following message was sent from Josh Moore, the President of the AUDL, to each of the owners except Bryan Ricci, owner of the Connecticut Constitution. Despite also being involved in the lawsuit, Emerson Kilgore, owner of the Rhode Island Rampage, was copied on the email:

I’ve posed these questions to some of the teams individually, but I wanted to open up the discussion to the whole group. The Western division playoff picture is very close and the inclusion of forfeits has truly impacted the outcomes that I’m not sure that the situation will be viewed upon favorably by most of the fans and many players. At one point in the season we went down from three teams to two on the basis of cost. I’m not sure cost should be the main driver any more, as legitimacy may need to trump that.Here’s where the complexities lie – Indy’s looking to take a forfeit against Rhode Island (although payment is being agreed to from what I understand), Columbus has two forfeits that the players say they only had heard cancellations, all Western division teams except Columbus got a forfeit win against CT, when Columbus got a loss for being the only one to play them (should CT technically be 0-16 since they are out?). When some teams have more forfeits factoring into the mix than others, and we have point differential as a factor in playoff seeding, it doesn’t seem right. All these factors make the standings and seeding questionable.My recommendation would be to go back to a three team scenario where the two and three seeds play in Indy this weekend (and with Indy forfeiting, Revolution have best chance at the one seed and sitting at home) and we can play the other game the same weekend as the Eastern division finals (which presumably the first round between Rampage/CT is a forfeit win for Rampage). I feel this would add some more legitimacy to the games being won on the field, as certainly all four teams in the West could have some control over their fate this weekend. This type of move could go a long way in perception as we round into year two and it’s really one extra game and only for the #2 seed at this point. The hope would be the attendance would be better than the rest of the season as well, since these are the playoffs. As this is a change in operations, it would require a majority vote of active owners. Please let me know yes or no if you would like to change to a three team playoff format for the Western division.

I didn’t know I wasn’t an owner anymore. Suddenly I get excluded in emails?

It is curious how only one team in the whole league got a fine all season and that same team was continuously held from playing games because they protested these outrageous fines and then some teams get to decide on their own fines and decide whether they want to play games and they get the AUDL blessing while other teams make great decisions about not playing and they get forfeits. Interesting show of leadership and consistency sir.

I am still here gentlemen. ….and we are still the second best team in this league even while being held back from playing.

This is the leadership of the AUDL.

A ghost ALL week then back at the end of the week spending everyones money except their own.

Michael Moses, who was the owner of the Columbus Cranes until he recently stepped down, chimed in next. It is clear his priority has long been player safety, after he cancelled two games due to excessive heat. His reply here adds some context to that:

[quote]The fact of where I am as an “owner” is 80% due to being made to look like the crazy person while all the “we play no matter what” people ruined what we had here. Now, the focus is legitimacy and what’s best for the fans, when the PR spin on safety would’ve added tons of credibility to what our collective characters are. That was my whole thought process when I made my decisions, including liability, but I guess adding playoff teams is the league’s bandaid/save face/good PR attempt to fix everything that’s wrong in the public eye.

Since when is Connecticut considered NOT an active owner? Please clarify that for us Mr. Commissioner. We have clearly stated that we are available to play last week when you decided to cancel our game and nothing has changed since. Does the fact that we protest your fines make us NOT active? This is what they do in China sir, NOT in America. I think we are the AUDL and NOT the CUDL. …and we continue to remain active.

Also, under your warped little scenario, which of course we disagree with, if all of what you suggest made any sense, then Buffalo should be in the 3 team playoff in the East. If you are going to keep making up your own rules then at least be consistent about it.

I’m not sure cost should be the main driver any more, as legitimacy may need to trump that.

The above statement might be one of the funniest statements that I have heard all year.

Cost? You really think each team has made so much money this year that cost shouldn’t be a factor? This scenario is convenient for the AUDL because you have no costs included in this proposal.

Legitimacy! Seriously? Suing your own teams and you talk about legitimacy?

Here’s where the complexities lie – Indy’s looking to take a forfeit against Rhode Island (although payment is being agreed to from what I understand),

Can someone tell me what this statement really means? Indy’s looking to take a forfeit? Is that how this league runs now. Teams look to take forfeits? Geez. Then perhaps we were looking to take forfeits 2 weeks ago. Wouldn’t that be the same thing? Although our reasons were a lot different because we were being sued by our ownership and they are just electing to not make the trip (to save money, presumably, as a building result of missed home games). Other than that, no difference here except that the league is OK now with this stance.

Then when the league awards forfeits like it has for the last two weeks against us, how is that different? Are these all pretty much the exact same things?

…and then, payment is being agreed? I thought ALL fines (payments) are supposed to come from the Commissioner. When did that change?

The hope would be the attendance would be better than the rest of the season as well, since these are the playoffs.

What has changed that anyone thinks that playoffs will suddenly draw significantly different crowds to our games, whether there are 1 or 2 playoff games?

I suggest you all think about these things when you are making this and any decision.

Yes, we are still here.[/quote]

Lee Semrau, owner of the Buffalo Hunters, then made clear for the first time that not all the owners agree with Connecticut’s decisions thus far. His email reads:

[quote]I totally disagree the league gave you two of the three things you wanted but you wanted the money for lawyer fees to. you could have worked that out later but instead refused. That left two teams no game in my opinion you should be fined.you decided not to play not the league what choice did they have you held them hostage. Idon’t know how anyone could side with you for not making your road trip I had to make six long road trips and I did. You have a big issue with the league not the teams or the players. You almost single handedly ruined this season and you are not bigger than the league. You should have played then you may have gotten the whole leagues support remember we are the league not josh [Moore].[/quote]

The league should be announcing the playoff structure soon. More to come…