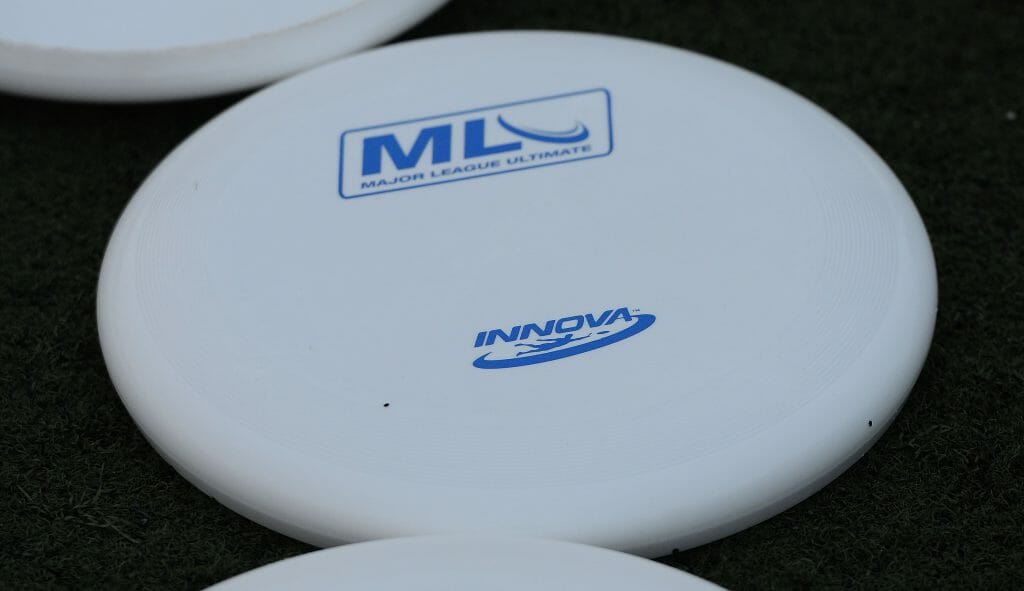 Major League Ultimate has signed a two year agreement to use the Innova Pulsar disc as the official disc of the league, the MLU announced today.

This marks the first time since the early 1990s that a high-profile league will use an ultimate disc other than the Discraft Ultrastar, which has been in widespread use since USA Ultimate selected the Ultrastar as the official championship disc in 1991.

“We wanted to partner with a highly organized Ultimate association for years. This looked like the best opportunity,” said Dave Dunipace, the President of Innova Discs, in a statement. “We have the ability to produce what the players need, the MLU has a way to publicize our disc, and we, through distribution and advertising, have a way to publicize both the MLU and the Pulsar.”

In addition to providing discs for all MLU games and practices, Innova will also rebrand their Pulsar retail discs with MLU. David Shope, the director of sales and marketing at Innova, said, “We want the public to have access to the disc that MLU will play with on the field. You would be able to go to your local retailer and buy the official disc of MLU.”

Every Pulsar available in stores — Innova is carried in big retailers like Eastern Mountain Sports and Dick’s Sporting Goods — will have “official disc of the MLU” stamped on it, explained Nic Darling, VP of the MLU.

The Pulsar has long been approved for use in USA Ultimate games, but has never been a major player in the sport. Innova is much better known for their disc golf offerings.

“We’ve been looking to legitimize our reputation within the Ultimate world,” said Shope. “If you’re familiar with Innova you know we are the major player in the disc golf world.”

The Pulsar is not a lot different than the Ultrastar — both have a very similar shape and weigh 175 grams. Both Shope and Darling said that top players won’t have much trouble adjusting to the slightly different mold. Shope did say that their disc, as compared to the Ultrastar, is more stable. “It will hold the line on which it’s released,” he said, as opposed to turning over during flight.

At the recent tryouts for the New York Rumble, the players played with Innova discs. Lu Wang, an NYU graduate who finished as a Metro East 2nd team All-Region player in his senior year, was at the tryout and described the Pulsar. “It’s better than Wham-O, definitely,” he said. “But it doesn’t feel as comfortable as Discraft, for sure. When I first picked it up, it felt weirder and lighter. But after a couple of days, it felt normal.”

“The Innova disc is more stable and will fly farther without tailing off,” said Justin Becker, Head Coach of the Portland Stags in a statement. “This will make the game more exciting by allowing the deep game to be more effective, and give our players the chance to prove how athletic they are.”

The MLU did have to think hard about moving away from Discraft, perhaps the most recognized brand in Ultimate gear.

“In the end, our job is to do what’s best for the league and for our players and for our longevity,” said Darling. “And we felt that Innova was the right way to go. We had to, I think as a league, set aside some of the prejudices we held as players and think about what was the best thing for our league. I won’t say that [the question of moving away from Discraft] didn’t arise in our discussions, because it did. But we had to choose the path that was best for our particular league and our particular application.”

They were very pleased with Innova’s responsiveness and turnaround time, and feel that they are committed to making their partnership a big success.

“I think both MLU and Innova would love to see the Pulsar have a greater reach into the Ultimate market,” said Shope. “I think MLU can help do that by recognizing it as the elite players’ disc.”