November 4, 2013 by Charlie Eisenhood in Preview with 8 comments 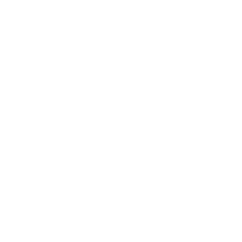 Disclosure: The author is an NYU alumnus and former captain.

Every New York ultimate player knows the feeling. Commuting over an hour just to claim a thinly-covered field on Randall’s Island, coming home with brutal turf burn after laying out at East River Park. For the NYU college team, they have to try to convince newly minted freshmen that spending their time doing that, instead of the million other things they could do in New York City, is the best choice they can make.

“It’s really hard to play ultimate in New York City,” said NYU Purple Haze captain Max Cohen, explaining that getting freshmen to join the team is no simple task. Despite a student population of over 35,000 students and hundreds of interested players at the initial club fair, the NYU team finds itself with just a handful of committed rookies at the end of October.

“We have to deal with throwing over people tanning in Washington Square Park,” said captain Jayson Lian.

But for the few that do stay on and join the grind of hustling for just enough space to do drills alongside the soccer, baseball, and football players cramming into East River Park on weekday evenings, there are some gold-plated benefits few associate with college ultimate.

The team is given premium bus transportation and paid hotels for travel to up to four tournaments per semester. Although there are countless headaches dealing with the NYU administration, it allows for many players — even those barely affording the pricey schooling at NYU — to stay with the team and travel to tournaments.

“It’s a huge recruiting draw for us,” said Cohen. “I think a lot of people try out because we tell them that they don’t have to pay anything.”

If there were no bus option, there might not even be much of a team at NYU. “Living in New York City, none of us have easy access to a vehicle,” said captain Ian Guerin, pointing out that tournament travel would be close to impossible without the NYU-provided bus option.

The small, but dedicated team is now looking ahead to its 2014 campaign.

The team has grown from a yearly sectional bustout to a Regional competitor in the span of just a few years. NYU made its first Regionals in 2010 before getting into the finals of Regionals in 2011, where the team lost to Cornell in a one bid region. After a disappointing quarters exit in 2012, NYU got back to the semis last year, but fell to Connecticut.

They hope to change the script in the Metro East.

“I think we have all the talent we need, but especially in this past Regionals against UConn, we just waited way too long to flip the switch,” said Guerin. Lian added that, this year, the goal was to raise the level of their play earlier in the season. “We have to play the best competition we can all year long,” he said.

The team graduated two players — Billy Katz and Sean Childers — that were relied upon heavily last year, but they expect some of their younger talent to rise to new challenges. One of their freshmen last season, Anton Boutkov, was playing on double game point lines by the end of the year. Sam Pollock, now a senior, is among the team’s best athletes and will be asked to step into a big role.

All three captains emphasized the importance of adding a new coach last year. Kevin Riley, a PoNY offensive line handler, joined the team midway through the year and made an immediate impact.

“Just a half year of Riley changed our mindset completely,” said Cohen.

From providing steady line calling and in-game adjustments like many coaches, Riley also shifted the attitude of the team to be more relentlessly positive and less emotionally driven. “That’s something Haze has never had before,” added Cohen.

The fall, like it is for most teams, has been a time for developing rookies. NYU just attended Huck A Hunk of Burning Pumpkin, a big Northeast tournament, where they had losses to Harvard, Tufts, and Boston College, and a win against a split Brown squad.

They are now close to ending practices for the rest of the semester. Things will get going again in January, when the team will begin its weekly 10 PM to 1 AM practices on an indoor basketball court at one of NYU’s gyms. It’s not ideal, but the team views the brutal practice situation as a way to build team character and identity.

“We put a lot of sacrifice into getting some practice time,” said Lian.