After a year of the Triple Crown Tour, we can begin to examine the effects of the new structure on teams on the bubble of Nationals. How will participation increase or decrease with different playing opportunities for mid-level teams? 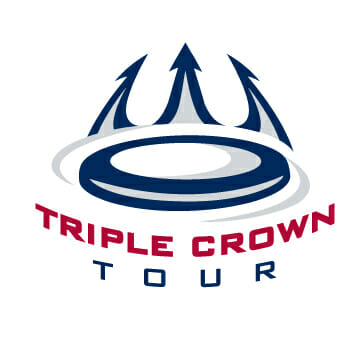 In 2013, USA Ultimate announced their six year Strategic Plan. The plan was set in motion so the membership base could see the outlined progression of the sport over the next several years in a number of different areas: promoting the visibility of ultimate; developing youth, college and league play; refocusing on spirit of the game; and organizing competitive, high quality US events. The first and last of these focal points essentially equated to a restructuring of the club season into the Triple Crown Tour.

With one year in the books and another just starting, we can begin to dissect how these changes have affected the club scene. There has been a lot of analysis surrounding the top tiers of teams — the Pro and Elite Flights — and how the changes affect them. This column will take on a larger, less visible base: the Select teams in the Men’s Division.

When the college system restructured in 2011, the first official ‘regular’ season was fairly chaotic. Teams were unfamiliar with the rostering system. Many popular, established tournaments were not sanctioned, making their results meaningless for the regular season rankings. There was dissension from many members of the college ultimate community over the purpose and direction of the new system. Smart teams manipulated the rostering to get bad results voided. Other teams, unaware of roster issues, had their results unintentionally voided, thus losing regionals bids for their conferences.

Since 2011, every year has been smoother. Four years later, the college system in place is well-established and would receive good grades from most participants. It rewards teams for the season they are having and makes every game count, which were the two big complaints about the previous college structure. Even the rankings algorithm has been tweaked to better reward teams who play against tougher competition.

The classic and select flights in the men’s club division went through similar growing pains during the 2013 club season. Some mid-tier teams either struggled to find competition for their ten regular season games or simply didn’t bother, not realizing how the new system was set in place.

In the Rocky Mountain section (Colorado, Wyoming and New Mexico), two bids were earned to men’s regionals by the regular season results of Denver teams Inception and Inception Red. With Johnny Bravo earning a bye through sectionals, that left Inception and Inception Red competing in a field of five total teams. Inception finished first out of that group and went on to South Central regionals. Inception Red, however, ended up finishing fifth, giving up the bid they had earned to Nomo Fogoho, a Men’s division incarnation of Johnny Encore, the fourth place finisher at Master’s nationals.

“It was very discouraging to work for a bid (specifically attending an out of state tournament with 1 sub) only to have to turn around and give up the bid we worked for,” said Benji Billman, captain of Inception Red. “Watching some teams not have any tournament experience come in and take away a bid seemed all for not. We found ourselves wanting to be a part of a team where our time and effort is rewarded.”

Nobody would argue that the better team shouldn’t advance in the club series, but the fact that only two of the five teams participating at sectionals bothered playing their ten sanctioned games either speaks to the ignorance of the teams of the new series guidelines, or that the difficulty in getting those games played was greater than the desire to secure another bid.

David Chan, captain of Choice City Hops from Northern Colorado (the 4th place finisher), gave his team the option of an additional tournament over the summer or a team camping trip. “We evaluated the priorities of the team and the majority of the players choose a team retreat in the mountains over travelling to Heavyweights and getting our ten sanctioned games in,” he said. “But after not making it to regionals, something we had assumed was a given at the beginning of 2014, the team has focused on making sure we secure a regionals bid for 2014.”

Inception Red, on the other hand, has disbanded for the 2014 season; their disappointing sectionals experience last year was one reason the team will not reform this year.

Conversely, Inception used the TCT structure as a motivation to work hard towards their team goals. In 2013, they were left out of the Elite/Select division of the Colorado Cup. “We felt that we could run with the elite teams there, and beat many of the select teams there. We understand that it’s a tournament you have to qualify and we did not meet the requirements to qualify,” said Calvin Delamere, captain.

After winning the non-TCT division at Colorado Cup and finishing 4th at Chicago Heavyweights, the team just missed out on earning a 3rd bid for the South Central region to nationals, finishing 20th in the final regular season rankings.

After pushing through a tough sectionals, the team did not focus on dethroning Bravo or Doublewide for a bid to nationals, but rather on securing their top-select status, and an invite to the 2014 Colorado Cup with a third place regionals finish. They achieved this with 13-11 win over Space City Ignite and a subsequent loss to Bravo in the game-to-go.

When asked about the teams’s goals going into Regionals, Delamere said, “…We knew if we got 3rd at regionals then we’d be in for Colorado Cup the next season and this can provide a little extra incentive instead of just trying to play for 3rd. It let us look at our goal last year as ‘earn a bid to Colorado [Cup] by getting 3rd in the region’ instead of just ‘get to the game to go to nationals.’”

Inception will enter the 2014 season as the top-select team in the South Central Region, opening the door for them to secure a third nationals bid for the South Central and to move upwards into the elite flight.

In another part of the country, Boston’s Garuda has also had mixed feelings about the new structure.

Micah Flynn, the coach Boston Garuda, the top-select flight team from the Northeast Region, believes some of the changes have been negative for his team. “From a top competition standpoint, it’s much harder to get games against teams in tiers above us…,” he said. “It’s almost impossible for us now to play Ironside, GOAT, or PoNY prior to regionals.”

Flynn does believe, however, that being left out of the top tournaments has been a good motivator for Garuda. “We have to prove our club can compete at a higher level and work our way up,” he said. “If we were in the Pro or Elite flights I’d much prefer the current structure and schedule to what was common prior to TCT.”

Inception and Garuda both seem driven to push into the elite flight, but other select teams decided to change the overall structure of their program to try and advance through the tiers; North Carolina area teams Cash Crop and Ring of Fire merging is one of the most prevalent examples. (Cash Crop does still exist, but as a true second team; Cash Crop’s former top players now play for Ring).

When asked about the motivations behind the merge, Ben Dieter, former captain of Cash Crop and current Ring player, said, “The new TCT format was not a major factor for the NC merge from Cash Crop’s standpoint. It was more a factor of both Cash Crop and Ring not finishing as strong as we’d like last year.” While this is an understandable sentiment, and the merger appeared in the works regardless of the restructuring, the consolidation of talent is quite obviously the intention of the TCT.

USAU wants consistent teams with the best players to showcase the sport, and rightly so. But where exactly does this leave the mid-tier teams? There are only so many nationals bids to go around, and while teams like Garuda and Inception are working hard to cross that threshold, inevitably the best players will continue to end up on the best teams.

The sentiments of many of the top-select teams seem generally positive about the TCT, but as the plan moves forward and pro- and elite-level teams continue to hoard the best talent, will the sentiments of these teams change? Most importantly, perhaps, for USAU Ultimate is whether or not non-elite players continue to be motivated to participate in the club series and pay their dues, when the top-end teams are clearly the priority of the season.

This will be a great season to keep an eye on not just the results of the Bravos and Revolvers of the world, but also the above-average type teams, because their participation (or lack thereof) in the TCT may end up foreshadowing the success the membership-based USAU is having with their Strategic Plan.

Comments on "The Triple Crown Tour’s Effect On Select Teams: Help Or Hindrance?"