The new livestreaming venture from Kevin Minderhout now has a name. 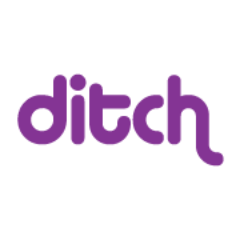 Ditch — the new media and livestreaming company from Kevin Minderhout, the founder of NexGen, and Jim Gerencser, the founder of E.R.I.C. and the owner of the Dallas AUDL franchise — got its official launch yesterday with a social media and website rollout.

The company softlaunched over the summer when Minderhout and his team produced the All-Star Ultimate Tour games, touring around the country with the team.

RELATED: More Information About Ditch And The Founders’ Vision

The launch comes with a simultaneous announcement of the next project: two livestreamed all-star games from Manila Spirits in the Philippines in early November.

Team E.R.I.C. will be comprised of the following fourteen athletes:

Manila Spirits is one of Asia’s biggest and most important tournaments, drawing thousands of athletes from around the world to the Philippines.

Ditch will send a nine-person production team to the tournament to put on the games, which will be broadcast for free on their YouTube channel.