What do you think of these rule changes?

November 3, 2015 by Charlie Eisenhood in News with 8 comments 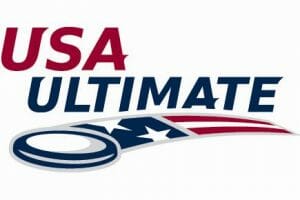 The two major clarifications in the 2015-2016 USA Ultimate College Guidelines both address controversial situations from the 2014-2015 season.

Last year, a subject of major controversy was the University of Cincinnati’s decision to withdraw from Huck Finn, a late season tournament, just days before the tournament. That decision maintained Cincinnati’s high ranking — which would have been at risk had they played — and ultimately earned the Ohio Valley a second bid to Nationals, which Cincinnati claimed at Regionals.

Now, USAU has adopted what could be called the ‘Cincinnati Rule’:

Teams cannot withdraw from an event within 7 days of the event without approval from the College Working Group, Tournament Director and USA Ultimate HQ staff. Should a team withdraw without approval, that team’s results will be forfeited and the team will be subject to sanctions per these Guidelines.

Another issue that has been addressed is last year’s disqualification of Tulane after they were found to be playing with an ineligible player.

USAU has clarified what happens in a disqualification situation with the ‘Tulane Rule’:

In the event a bid is declined by a team, that bid will be awarded to the next Region on the Strength Bid Waitlist, unless the declined bid is an automatic bid, in which case it will remain in the Region. Should a team be disqualified from accepting a bid, the vacated bid will stay in Region and be awarded to the next highest finisher at that Regional Championship event.

Last year, there were complaints that the fourth bid in the Southeast should not have stayed in the region and instead have gone to the next region on the strength bid waitlist. Now USAU has added certainty around this clearly unusual case.

The other change was mostly clerical in nature. Now, Regional event scaling (the size of the event depends upon the number of registered teams in the region) follows this rule: “The number of teams registered online for their Conference Championship event by the final day of the College Regular Season, April 3, 2016.” Last season, the rule was: “The number of teams that meet the Team Registration Deadline.”