HEIDELBERG —The quarterfinal rounds did not disappoint. Each game was a showcase of great talent and amazing plays. However, all games are not created equal, as USA and Japan would win quite handily, while Italy and Canada were locked in games that came down to the wire. Here is a look at the bracket going into semifinals and how we got there today. 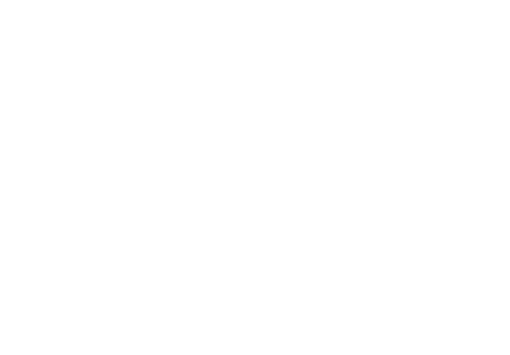 Australia came into the game hoping to showcase their athleticism and to make a few plays. Perhaps in doing so, they could have capitalized early on American jitters. But that possibility was dashed immediately. USA started the game on offense, and held comfortably. Australia came out on offense in the next point and threw an inside out shot that fell too far for everyone. USA picked up the disc and quickly and confidently worked down the field for the break.

Time and time again, the USA scored as Australia could not work on the unders and the hucks kept finding Americans. The States methodically walked the disc in for breaks. There would be seven blocks and six breaks for the Americans before Tannor Johnson threw a huck too long and out of bounds for their first turnover. That didn’t matter too much for the Americans as a couple of throws later Australia turned it on a swing that soon become another American break. It was about as close to a perfect half as you can get.

USA challenged Australia at every turn forcing them to push past them on the unders or hit perfect hucks between help off the stack. Australia could do neither, and it continued into the second half. On the 12th point of the game, an incredible grab from Fisher Day on a Tom Boyle huck got the Joeys on the board. USA didn’t miss a beat; an easy hold and the defense was back on the field. Eventually the game ended 15-3.

This was an exhibition in discipline from the Americans. They were on top of every aspect of their game from start to finish. “We went into this game with a plan. [Australia] have a lot of athletes and have a great verticality about their game, and we wanted to take that away,” said USA assistant coach Daryl Stanley after the game.

I asked about the expectations going forward. After a game in which the offense was perfect and the D-line converted on 11 of 14 opportunities, good for 78.5%. “You can’t expect that every time, but the boys are building together. We are trying to improve, and if you prepare well and keep trying to grow you’ll just get better. Compared to club ultimate [in the US] this team is tighter knit, it’s like a having a full season in a short time,” said Stanley. We’ll be looking to see the USA attempt to repeat their performance tomorrow in the semifinals.

This game was happening simultaneously as the USA vs. Australia game, but had all the excitement that game lacked. In a narrow victory, the Canadians advanced, leading from start to finish. The Canadians took half 8-5 with help from Quinn Snider, who scored once and got two assists in the first half.

Colombia did not go out without a fight. After Vincent Lemieux hit Quinn Snider for 13-10 go ahead goal, Colombia came alive, getting a hold and their first two breaks to tie the game at 13-13. This came as the South Americans shifted from zone to match defense, and this extra pressure on the handlers was effective. But it was not to be, as Canada held, despite a little scare for the Canadians as a disc fluttered through the hands of a cutter only to somehow drift to another Canadian right behind him. Colombia answered with heroic effort from Nicolas Castro Uribe and Manuel Candamil Gomez, who both made possession saving plays before Arango found Juan David Vargas Diaz to tie the game at 14-14. Canada would not be denied their place in the semifinals, hucking down the field, eventually dishing to Cole Keffer for the game winning goal. Although the Colombians never lead during the game, they were certainly close and must be proud if not a little disappointed they couldn’t quite complete the comeback.

This was another great quarterfinal that featured a multitude of explosive plays. Italy was able to escape a Great Britain team that pushed the Italians to their limit. Great Britain went out to an early lead and got two breaks before half, leading 8-5. The Italians never were flustered though. They got a hold and their break back directly out of half and just like that the score was 8-7.

Italy continued to pressure Great Britain and score eight of the first ten points in the second half, totaling five breaks to take the lead at 13-10. During this run, Alessandro De Lucca had an outstanding, world class catch as he toed the back line for a goal. The British refused to surrender and they ran off two breaks of their own to tie the game 13-13. With the time cap having gone off, this would prove to be the final point. Italy sent out their O-line and cruised down the field. They proceeded to march down the open side before a couple of swings opened up De Lucca for the goal.

Italy celebrated and ran onto the field as GB slumped down in exhaustion and defeat. The Italians will take their win into tomorrow and look forward to their semifinal, which will be a rematch of last year’s gold medal match against the USA. We’ll see how the Italians can affect the American efficacy.

Japan, a heavy favorite, started the game with a quick hold. The Belgians answered, but from there, Japan showed their class. They dominated the Belgians from start to finish, breaking the Belgians eight times in the game. They ramped up their game to the next level in the bracket, unleashing outrageous flick hucks that constantly found their targets. Belgium could not find their stride against Japan’s zone, as their frequent hammers, scoobers, and blades couldn’t connect frequently enough. Without the ability to stretch the field with unorthodox throws, the Belgians could not find space or success against the Japanese defense. Japan finished out a dominant performance 15-6 to earn themselves a spot in the semifinal against Canada on Thursday.