The winners and some analysis of this year's fun!

November 6, 2019 by Orion Burt in Fantasy with 0 comments 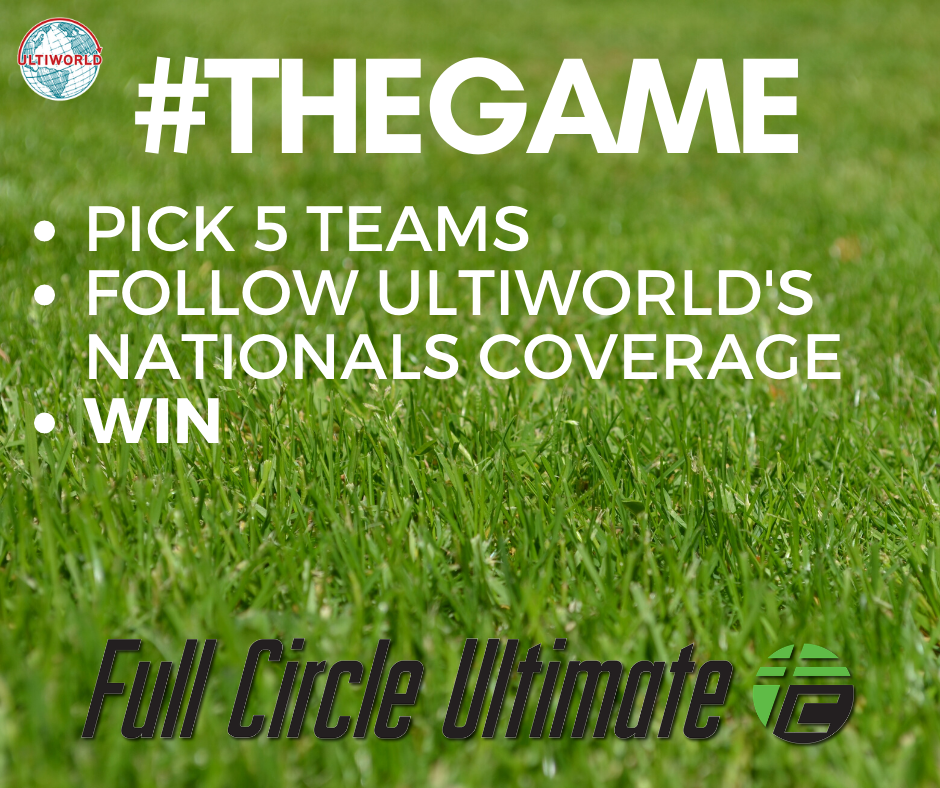 #TheGame is in the books for the 2019 Club Championships. We made some changes to the rules and hope they made for a more fun and challenging competition. With some great surprises and tough choices, it was a difficult climb to the top. But to the winners go to the spoils: awesome Full Circle prizes!

Our champion was Quinn M.. By selecting #10 Snake Country, #5 Brute Squad, #1 Sockeye, #6 Machine and #16 Superlame, Will earned 315 points. Brute Squad and Machine were the first and third most popular picks (26% and 15%) between all of the divisions, so Quinn’s key differentiator was making the most of the high and low seeds he paired with those value picks. Sockeye scored the most of any top four seed (a full 100 points) and Superlame scored the most of any bottom four seed (20 points, tied with #14 Wildfire and #16 Rhino Slam!).

In second place was Max C. with 300 points and tied for third place was Tyler F. and Nicholas A., each with 290 points. All three had Brute Squad and Machine like Quinn. Max and Tyler each had #3 AMP, and Tyler and Nicholas selected #16 Superlame. We had to go to tiebreakers to decide who would receive the third place prize, and Nicholas came up just short.

Quinn M. wins $250 in credit from Full Circle and a free month of Full Subscription from Ultiworld.

Max C. wins $100 credit and two jerseys from Full Circle and a free month of Full Subscription from Ultiworld.

Since we were just talking tiebreakers, what were the elusive answers to our two bonus questions? What were they even asking? From the responses we got, it seems like some people got confused. We tried to add some clarity this year with a hint.

The first question asks how many games would have a margin of victory of two or less. We didn’t get any responses of “zero”, but did get a “three” at the bottom, while 106 was the highest guess. That would be a very large percentage of all of the 105 total games in pool play and Championship bracket play. The average submission was 39.6, while the actual number was 36. An impressive 22 entrants selected the correct number!

Despite those wild guesses, five people correctly predicted the actual result of 92. The average guess was 115.

It has also been asked why do we even have these? Why not simpler questions? It’s a tricky thing to find a question that is easy enough to get an actual answer for that has enough potential correct responses to get a large but still diverse set of answers. Getting that variation makes it less likely we will have to go to any extra tiebreakers.

What was the best combination you could pick? Selecting champions is critical, but which ones and paired with what other teams? #5 Brute Squad ended up being the clear best value, taking home the trophy and contributing five seeds to your total, more than any other champion. #6 Mischief was almost as useful, making it to the final and taking your total to 11. With that total already, you could afford to take a top seed and you would have definitely wanted that to be #1 Sockeye. Then, to take you up over the seed minimum, pair those top teams with the most successful lower half seed, #9 shame., and one of the big surprises of the tournament, #16 Rhino Slam. That combination would have earned you 350 points, enough to beat the champion, Quinn.

If you went the route of the earning the new 15 point bonus for reaching a 42 seed threshold, you could have just eked out the win past Quinn by switching out #9 shame. for #14 Wildfire or #16 Superlame.

There were quite a few games on the final two days that went down to the wire. In mixed, what if Shame had taken AMP’s place? They were just a few yards away! If they punch one in on double game point, and go on to best Mischief Chris L. would have earned the win1.

Machine stormed back with some incredible plays against Sockeye in the men’s final. What if they could have completed the comeback? Quinn would have dropped to second, while Max would have landed the grand prize.

How about that Brute Squad vs. Fury semifinal? It was a slugfest and either team could have taken it. What if San Francisco had topped Brute Squad on double game point again? They would have been a big favorite against a shorthanded 6ixers team. If they win the title instead of Boston, Fury would have carried Lucas B. to victory2 while putting four players into the tiebreakes for second and third place.3

With so many close results, there are a lot of potential paths that could have shifted results dramatically.

No surprise to see most people eager to get value out of the lower-than-usual seed for #5 Brute Squad and a #6 Scandal team that had shown the ability to compete with the other top clubs. If you picked Scandal, you may have been disappointed; if you picked Brute Squad, you were well rewarded. Hometown #14 San Diego Wildfire pulled in quite a bit of attention as a common way to balance out top seeds. Their early season success and being in a pool with unproven teams above them made them a sensible choice.

The popular men’s picks were all over the place, and yet the eventual champion, #1 Sockeye, was all the way down as the 10th most picked men’s division team. Not a lot of confidence from our entrants prior to the tournament, but Sockeye had the last laugh as the only #1 seed to actually win their division. Condors and Bravo were double-digit seeds, and hype around each drove a lot of players to picking them, but pair won just a single game between them.

A lot of entrants turned to mixed to try to find great value picks in the division that often has surprises at Nationals. While all of the above outperformed their expected value (with the exception of Drag’n Thrust), few entrants predicted the actual best value in the mixed division, #6 Mischief (4.5%). Public Enemy turned out to a be a landmine, as the 9.2% of folks that selected them got a fat zero points as their reward.

We want #thegame to be fun and have different strategies be viable without being too complicated for lots of people to enter. Next stop: the 2020 College Championships!