The full regular season schedule for the Western Ultimate League. 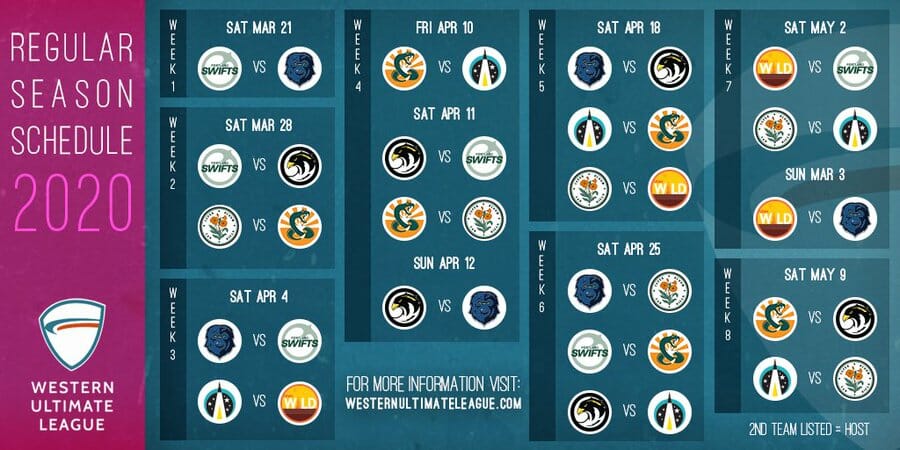 Yesterday, the Western Ultimate League released their 2020 schedule for their pilot season. Six of the seven teams will have play six games — three home and three away — while the Utah Wild will have an even split of their four total games. The league opens play on March 21st, with the Portland Swifts visiting the Seattle Cascades. The season spans eight weekends from March to early May, with most games occurring on Saturdays.

There are a couple of quirks in the schedule. The league’s fourth weekend includes a game Friday and a game Sunday; the only other game that isn’t on a Saturday is March 3rd. There are two instances of teams playing back to backs: San Francisco visits both Portland and Seattle in Week 4, while the Wild pull the same doubleheader May 2nd and 3rd.

The league has yet to announce plans for the structure of competition.