Ultiworld’s 2019 Throw of the Year: Final, Presented by Friction Gloves

This one could come down to a single vote.

April 9, 2020 by Keith Raynor in Awards, Opinion with 0 comments

Check out our finalists and vote below, then check back to see which clip will be crowned our Throw of the Year. The final round of voting starts now and closes on Sunday, April 12 at 12 PM ET. 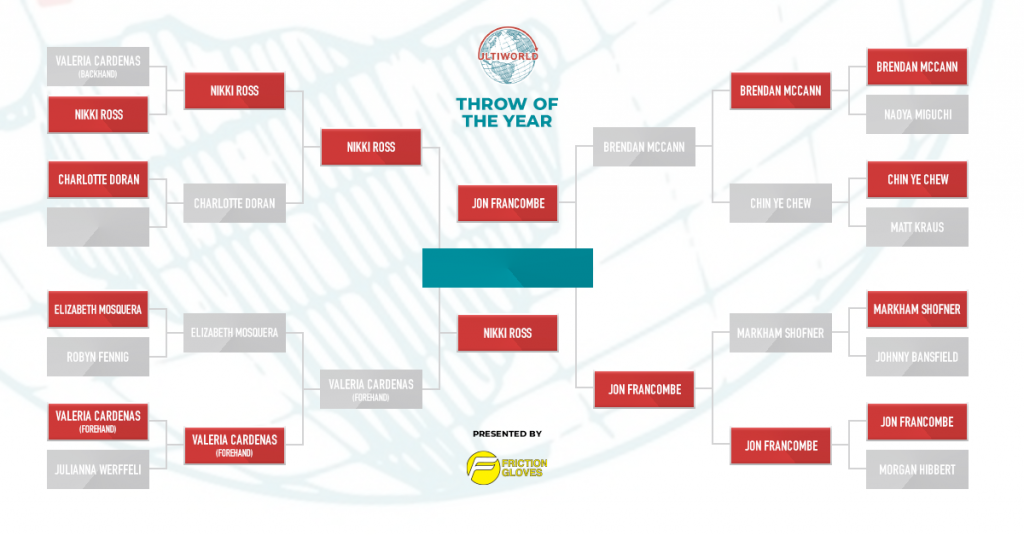 Raise your hand if you predicted this matchup in the final back when this bracket debuted. Given the starpower that was here, these two have scored quite a few upsets to get this far; insert Paul Rudd meme. And both plays survived some of the closest matchups we’ve had in the semifinals. Nikki Ross’ backhand earned just a few percentage points more of the vote than the forehand from Valeria Cardenas, about 51% to 49%. Jon Francombe’s victory over Brendan McCann was somehow even closer, decided by tenths of a percentage point. We could be in for a barn burner, meaning every vote counts!

Comments on "Ultiworld’s 2019 Throw of the Year: Final, Presented by Friction Gloves"