The conclusion of our scientific exploration of the winner of the decade.

July 1, 2020 by Patrick Stegemoeller in Opinion with 0 comments 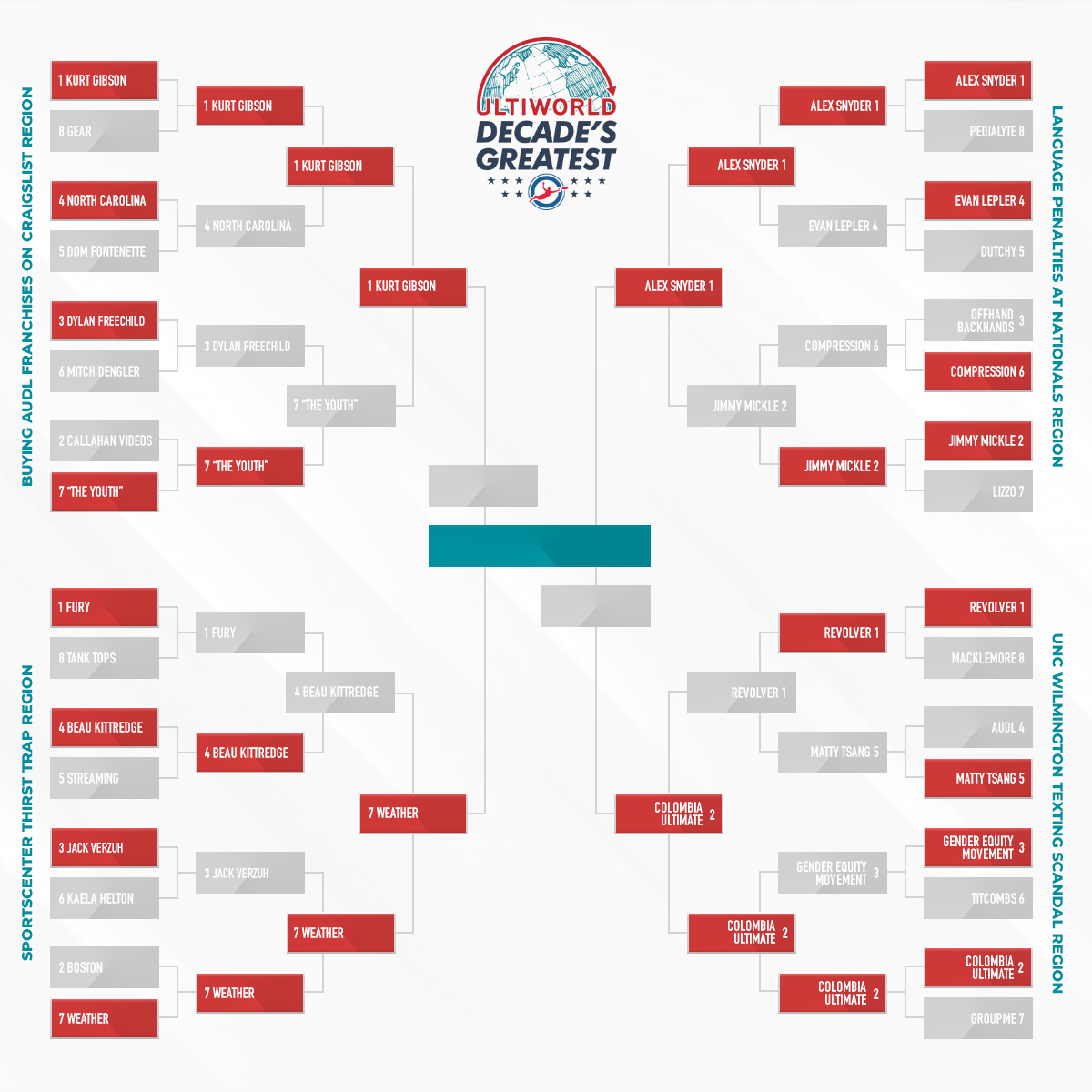 Who won the decade? It’s a complex and nuanced question, but with the pseudoscience of bracketology, we can arrive at an answer.

If you missed Part 1  or Part 2 of this endeavor, make sure you go back and check those out to understand how we got here and, more importantly, what ‘winning’ the decade means.

Once again, the results of each matchup in this bracket are determined by a very intricate algorithm that is much too complex to explain. The important thing to remember is that it’s not me arbitrarily deciding who wins each matchup; it is the notion of pure truth flowing through me, following gravity’s rainbow to an unimpeachable result. Trust me, the results are final and deeply meaningful.

After three rounds of elimination, we’re down to the final four entrants. It’s time to play out the semifinals and final to conclude this three-part series. 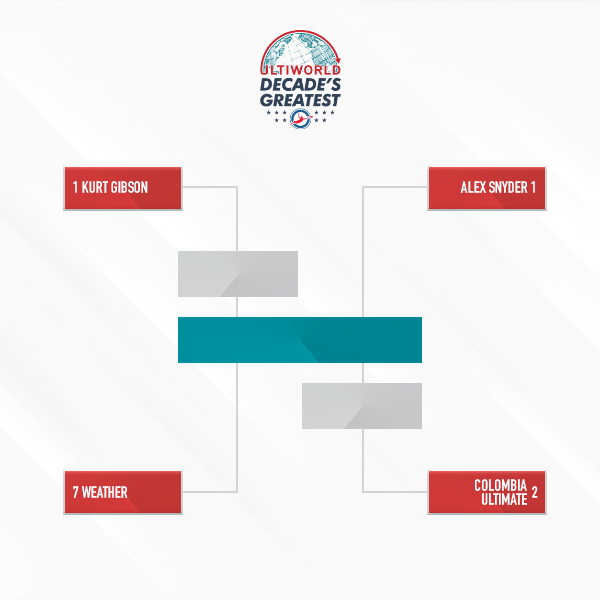 Alex Snyder has been winning for so long that we don’t even know what to do with it. In fact, she has a decent case for being one of the big winners of the 2000s first decade, with a Callahan award, four club titles, and a world championship during those ten years.

Given the time period of her ascendence in the sport, she probably should have been one of those unfortunate players whose dominance straddles two decades and prevents them from getting the plaudits they deserve in precisely these types of decade-in-review features. But her dominance stretched out longer and longer and instead of the 2010s being the end of Alex Snyder, she was set to play (if COVID hadn’t happened) on the 2020 WUGC USA team, marking the THIRD decade in which she competed internationally at the highest level for team USA. How many other people can say that?

Even as her playing career has been winding down — not winding that far down, again she was OPOTY as recently as 2017 and just made the WUGC roster — she has started putting together an impressive coaching track record. Three cycles with the U24 team and several Nationals appearances with Wisconsin — not to mention many years of getting to learn from and work with perhaps this decade’s greatest coach in Matty Tsang — are putting her on track for a second act as a coach that may rival all she has achieved as a player. She’s got quite a ways to go obviously, but would you bet against her?

In the 2010s, Alex Snyder completed her playing career. She didn’t formally end it, but she closed the book on any arguments against her legacy, shored up any weak spots, and put herself in position to start a new chapter as an elite coach.

Colombian Ultimate can’t boast the same level of completion for several reasons, but most notably because of the relative lack of success of their men’s program. While Colombia has had stunning success in the girls and women’s divisions, the guys haven’t quite kept up the pace. The Colombian men’s teams failed to medal at any major international events, never made the kinds of waves Revolution did playing against American club teams, and didn’t produce any stars like Manuela Cardenas or Yina Cartegena who became household names outside of Colombia.

There is a lack of completeness to Colombia Ultimate’s decade that fails to get it over the hump against an opponent whose legacy is airtight. Colombia has all next decade to deliver on the promise they demonstrated in the 2010s, but Alex Snyder moves on in this bracket.

Kurt Gibson started the decade off by coming back from colon cancer to re-establish himself as an elite player. Securing a W against cancer is pretty monumental all by itself. He then went on to win three club Nationals titles on three different teams, making him the only player to do that in the men’s division this decade.

He emerged from his stint on the Amazing Race with Brodie as the more likeable of the duo despite not being a professional personality, and his performance on the show inspired such fervor in Ultiworld editor Katie Raynolds that she had no choice but to crank out several dank memes. 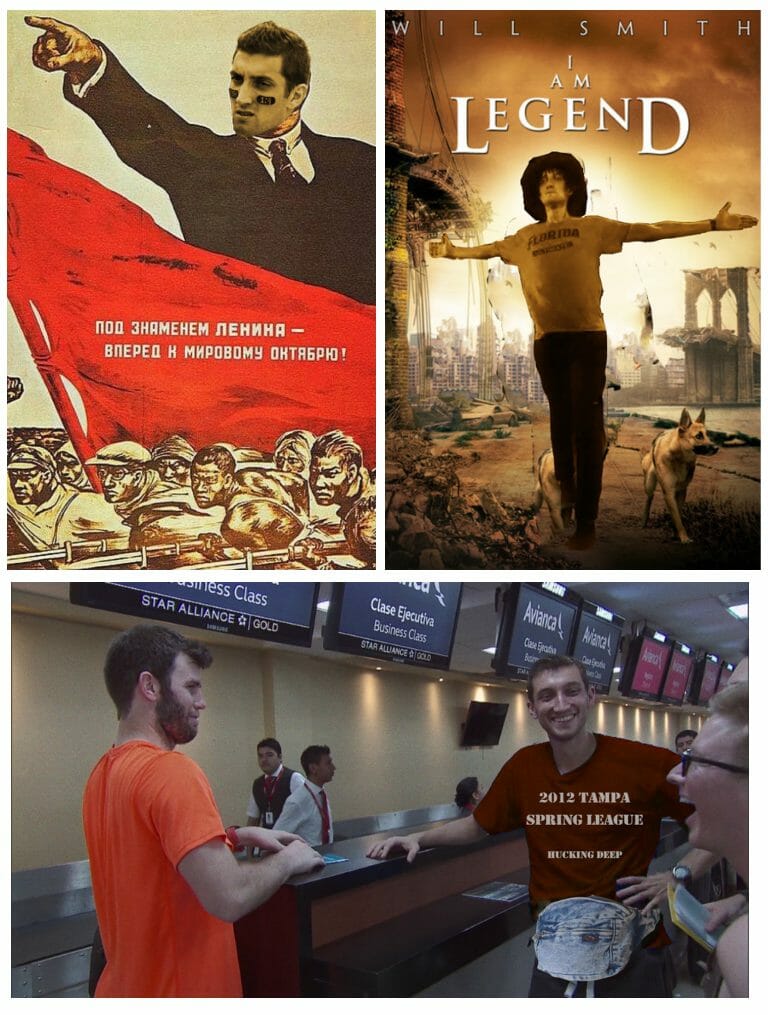 I list all of these accomplishments because this is the end of the road for Kurt. Perhaps the GOAT in the men’s game, with more championship hardware than pretty much anybody this side of Michael Phelps, his trophy haul doesn’t quite get him over the top of weather. If you want to poke holes in Kurt’s resume you can point to a lack of POTY awards or World Games appearances, but this really isn’t about Kurt. It’s about Weather, and how it has shaped the sport all decade long.

We’ve already covered much of the devastation that bad weather has wrought across the past ten years, but nice weather has also been pretty influential. There is a reason that USAU just re-upped club nationals in San Diego for three more years despite some semi-exorbitant costs — it’s really, really nice there. It’s a lot easier to grieve the end of your season or celebrate your triumph in a 72° humidity-free paradise than in, say, I don’t know, a city in Illinois whose own tourism board describes the weather as “snowy winters, rainy springs, steamy summers, and chilly falls.”

Outside of the Nationals bound 1%ers, excellent weather has been the fountain pen with which all of the picturesque Wildwoods, Potlatch/Sunbreaks, Poultry Days, Kaimanas, Lei Outs, and Fools Fests have inked themselves into our mental calendars every year. Of course each of these tournaments have had years when the weather was mediocre or downright miserable (especially Fools Fest), but memories from when the weather has been perfect keeps people buying plane tickets to LA in January and making intricate costumes to sweat through in July.

The thing about weather is it doesn’t want things, other than just to be weather. It’s not malicious about ruining tournaments or happy to provide us with great memories, it just is. But despite a lack of desire, it embodies power and control. With the carrot of sunshine and the lash of cataclysmic wind and rain, weather has dictated our frisbee related social routines, travel, and spending habits for a decade. For an entity whose whole value proposition is being omnipotent, that’s what winning looks like. That’s how it wins. 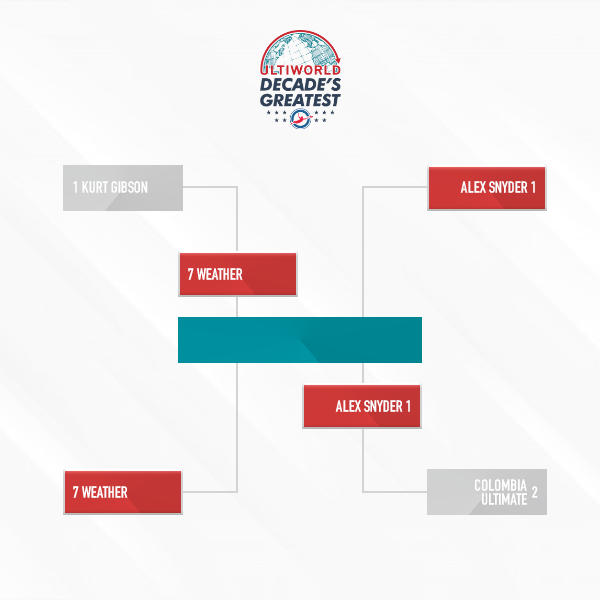 Well, this is it. A human champion against an unyielding, uncaring reality of the universe. A tale as old as time, in many respects.

Weather has built up a massive head of steam going into the final, proving its bonafides as an all-encompassing force that can single-handedly make or break a weekend of ultimate. It has, in succession, taken down the college, AUDL, and open club GOATS of Verzuh, Beau, and Kurt. It is the most important single factor in any tournament weekend.

And with a different opponent, weather probably would have won this whole thing. But matchups matter, and at this exact right place in this exact right time a hero emerges. Tamer of winds, shield against the rain, conqueror of uncontrollables, Alex Snyder won the decade in ultimate.

And that last point is crucial here against this particular opponent. “Uncontrollables” was one of the most prevalent buzzwords in ultimate coaching and training this decade. Blocking out the things you can’t control — aka “uncontrollables” — and focusing only on what you can control, as the thinking goes, is essential to winning because it allows for maximum focus and investment of energy into what can actually contribute to you winning.

While “uncontrollables” can encompass a lot of things — maybe the hotel breakfast buffet didn’t have sausage links that morning which is messed up because they are THE FIRST BUILDING BLOCK IN SUCCESS — most of the time what we’re really talking about is weather. Is it insanely windy? Is the field sopping wet? Is it a million degrees because Nationals is happening in Texas? Absent actual god-like powers, there is nothing you can do about those facts. But you can decide how you deal with them.

No one was better this decade at remaining in control when facing an absence of control than Alex Snyder. She famously mastered the wind at Sarasota, winning Nationals every time it was held there this decade. But beyond the literal way Snyder defeated weather, how she has managed to constantly keep her focus forward demonstrates what it takes to be successful in ultimate, and in life for that matter.

Her resume has already been clearly established and doesn’t need reiteration here. But look again at the shape of it. Snyder has managed to smoothly transition from role-to-role, doing what Fury or the national team needed in any given moment.1 And as her playing career began slowing down near the end of the decade, she took steps towards coaching and broadcasting and continuing to focus on doing what she can do.

And ultimately, that’s all we as flimsy humans can do against the weather, or any other omnipotent force of fate. Look at 2018 WUCC, which featured maybe the most intense weather any major tournament was forced to suffer. Herculean efforts were made, and an unqualified disaster became one of the most exciting spectacles ultimate offered all decade. Figure out what we can control, and then do our absolute best. That’s what Snyder did all decade, and it’s why she wins this matchup and this bracket.

Now look, weather isn’t going anywhere. As ice caps melt and oceans warm, the extreme weather events that have grabbed headlines in the tiny bubble of the ultimate frisbee world are going to continue wreaking havoc. Weather will likely be a big player in any “Who Won the 2020s” bracket as well.

But there is a blueprint here: block out the noise of uncontrollables, focus on what can be done, and then DO SOMETHING ABOUT IT. This was the key for Snyder in the 2010s and it’s going to be the key for all of us in the next decade, in ultimate and in life. 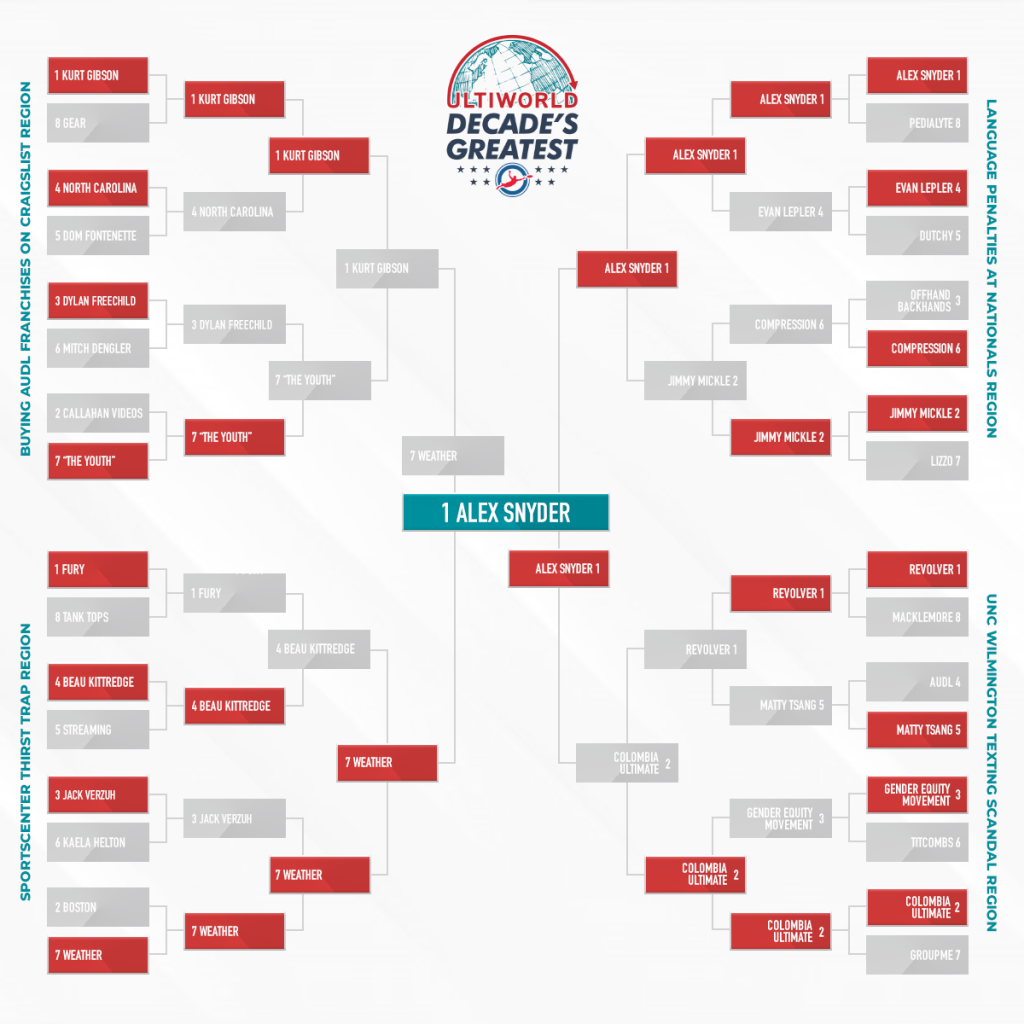