Past Articles from Kahyee Fong 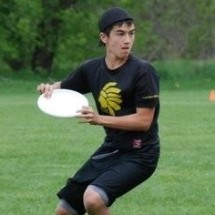 Kahyee Fong is an Ultiworld statistics contributor. He started playing Ultimate in high school for the Watchung Hills Warriors. He went on to play for — and captain — NYU’s college team. While at NYU, he studied finance and actuarial science. Email him at kahyeefong@gmail.com.