Ultimate’s Biggest Stories Of 2013: The Year-In-Review

January 6, 2014 by Charlie Eisenhood in Analysis, Recap with 1 comments 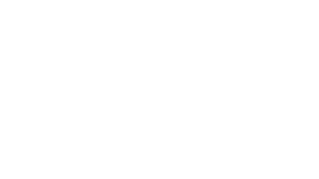 It was hard to imagine a year ago that 2013 might eclipse 2012 as a year of growth for ultimate. 2012 hosted the first-ever “professional” ultimate game, referees were suddenly a part of some high-level games, and ultimate was growing faster than ever.

And, yet, 12 months later, it is safe to say that 2013 matched or even exceeded 2012 as an important year for ultimate. Let’s take a look back through an inspiring and exciting year.

In our 2013 superlatives list, we named USA Ultimate’s two-year production deal with ESPN the news of the year. That’s not just because it was a truly exciting moment of recognition by the global sports behemoth for a thriving niche sport, but because it was a signpost of mainstream relevance for ultimate.

Sure, getting games on ESPN3 is not like having “Monday Night Ultimate” in primetime on ESPN. But everything has to start somewhere. Consider what else happened this year.

Major League Ultimate landed on ESPN’s SportsCenter and highlight shows frequently. They are working with PUMA for their 2014 jerseys in an arrangement that could transform into a sponsorship deal. MLU’s Philadelphia games were shown by Comcast in the Philly metro area and pulled unexpectedly strong ratings.

Nike is a title sponsor for a selection of youth ultimate summer camps.

None of these affiliations are earth-shattering, but big brands are starting to take note of a thriving ultimate scene, thanks in large part to the efforts of the semi-professional leagues. With a continued focus on developing storylines and star players from each of the major sports bodies (USAU, MLU, AUDL), it is just a matter of time before medium to large sponsorships and partnerships become a part of ultimate.

This has to rank as one of the most fun-to-watch years of club ultimate in recent memory. With more teams than ever having a realistic shot at a deep run at Nationals, it was a great year to be an ultimate fan.

Of course, the biggest on-the-field story of the year was Washington DC Scandal’s dominant performance in Frisco this October. They didn’t just take down San Francisco Fury to end their seven year win streak; they crushed them. The two stalwart women’s programs — Fury and Seattle’s Riot — were outmatched and outplayed by the DC contingent, which finished with a 29-14 aggregate score in the semis and finals.

But it wasn’t just Scandal making waves this year. Chicago Nemesis had a great regular season, Austin Showdown played some outstanding games, and Boston Brute Squad was in the mix. This was not another year of waiting to see Fury and Riot face off in the finals. The elite women’s game has become much more competitive and should continue to be so.

On the Men’s side, you could easily argue that another San Francisco Revolver win — their third in four years — shows that little has changed. But that couldn’t be further from the truth. There were perhaps 10 or 11 teams that had a real shot at making the semifinals this year. Look at the regular season top performers. Sure, you had the usual suspects like Revolver, Boston Ironside, and Austin Doublewide reaching finals at many tournaments. But you also had Toronto GOAT, New York PoNY, Minneapolis Sub Zero, Chicago Machine, Denver Johnny Bravo, and Seattle Sockeye making noise throughout the year.

We hope this a sign of things to come. While dynasties will certainly continue in ultimate (as they do in all sports), it is unlikely we will ever see another 7-peat or decade of total dominance now that the talent gap between teams is increasingly thin. That’s nothing but good for the game and its potential spectator appeal.

US Teams Dominate The International Game

There were two major international events in ultimate in 2013: the World Games in Cali, Colombia, and the Under-23 World Championships in Toronto, Canada. The United States representatives walked away with a clean sweep, not dropping a single game in any division en route to gold medals across the board.

That’s a remarkable feat, even considering that US teams are still generally the favorite in such competitions.

The growth of the game and the talent at the college level shone brightly in Toronto, where the US teams rolled to the top of the podium, rarely facing a challenge.

There are still plenty of countries that can compete with the US, but it seems unlikely that any will be able to consistently top the national teams anytime soon. (Watch out for the Colombian women’s teams in the next decade, though).

War Over The Future Of Elite Ultimate

From the concept of the NexGen league to the semi-pro leagues to the brand new USA Ultimate Triple Crown Tour, 2013 was the flashpoint year for competing visions for the future of elite men’s ultimate. The tug-of-war is likely to continue in the future, as USA Ultimate has already laid out a vision for an earlier club season that is likely to directly conflict with the semi-pro leagues’ seasons.

Of course, MLU and AUDL will continue to grapple for players, sponsorship, and attention in the semi-pro sphere, but they are more alike than different. Both believe in a professionalized version of the sport with referees, both feature single game matchups in big cities, and both think making it a spectator sport is the future.

USA Ultimate is focused more on TV first and is planning for a much slower transition from player-funded to spectator-funded games and tournaments.

While the USA Ultimate Series is still the pinnacle of the sport, In the first year with two semi-professional ultimate leagues, elite players — and in many cases whole teams — entered the semi-pro fray en masse for the first time. The first year of the AUDL saw some high level players compete, but year two was a different story.

The MLU had nearly full-knit elite teams from every city they competed in. Top club players from every one of the eight cities competed in their inaugural season. The AUDL got top players in Chicago, Madison, and Toronto, and many of the smaller markets (without elite club teams) also put together solid rosters.

While referees continue to be controversial in some circles and are a work in progress (what are the best practices for officiating ultimate?), the self-officiation v. observer v. referee debate has all but evaporated in the US. It is quickly becoming a new norm, another accepted (and, for many, preferred) way of playing the sport.

I foolishly left this milestone moment out of the year-in-review initially, but there is no question that the World Flying Disc Federation’s tireless efforts to get ultimate recognized by the International Olympic Committee is a hugely important moment for the sport. It could, one day, be looked back upon as the biggest single thing that happened this year.

While there is still a very long way to go before ultimate is even considered for inclusion in the Olympics, IOC recognition brings more money to international competition and starts the process of further developing the sport around the world.

Comments on "Ultimate’s Biggest Stories Of 2013: The Year-In-Review"