January 23, 2013 by Alexander Palmer in Opinion with 37 comments 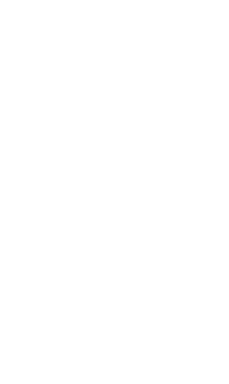 In every sport, rules define how competition is to take place. They determine the playing field, number of players, methods of scoring, and acceptable contact. All sports rely on some form of officiation to ensure that the rules of gameplay are actually followed. Referees or, in the case of ultimate, players call fouls and infractions to punish and correct any rulebreaking.

Self-officiation, however, often fails to ensure that rules are actually followed. Less experienced players often do not call fouls in situations where they should. Additionally, when fouls are called and contested, violations go uncorrected.  Some believe that this is acceptable because self-officiation exists to foster debate and compromise, even at the cost of ensuring that the rules are always enforced.

However, it is fundamentally wrong to treat calling fouls as part of the sport and demand the cultivation of this sort of skill in a player when there is a readily available alternative in referees.

Self-officiation breaks down most often in ultimate when players cannot agree on a call. If this occurs, the foul is contested and there is a “do-over.” Though this compromise is the best answer self-officiation can provide to unresolvable disputes, it does not correct a violation of the rules. Imagine a situation where a receiver drops the disc and calls a foul on the defender. If the call was correct, the disc goes back to the thrower and puts the offense at a disadvantage. The defense has had time to regroup and the offense has lost their momentum. If the call was incorrect, the offense retains possession when it shouldn’t. Though someone is wrong, there is no way for players to determine who is right.

The problem is that players should be primarily concerned with playing, not with making the right call. Playing hard and getting tired clouds our judgement and perception. Because playing a sport is far more taxing than officiating, players are poorly equipped to make good calls. At many high-level North American tournaments, asking an observer to make a ruling provides a solution to this problem. The observer, better equipped than players to make the correct call, can make a ruling in a dispute between players. But observers are not a panacea.

Even observers don’t guarantee adherence to the rules, because they cannot intervene when players do not call fouls. A player might not call a foul for any number of reasons, including inexperience, fatigue, and incomplete knowledge of the rules. A much-discussed example of this is the “Stall Seven Incident” from the 2012 Mid-Atlantic Club Regionals Final between Washington, D.C.’s Truck Stop and Philadelphia’s Southpaw.

After a pick call, the thrower and his mark agreed that the stall would come in at seven, an explicit violation of the rules. This should always be corrected by a call. However, the young thrower failed to make that call, the rules were not followed, and the observers looked on powerlessly, unable to correct the violation. Whatever the reason for this error, it is simply a failure of ultimate’s officiation system.

However, officiation does not exist to foster respectful conversation. It is merely to enforce the rules and ensure that players are unable to gain an advantage by breaking them. There is a reason that every other sport uses referees — they work. We should use them as well.

Fortunately, there are plenty of ways to preserve “the culture of ultimate” while delegating officiation to third party referees. Spirit Circles are an obvious way to do this. They were created with the explicit purpose of fostering Spirit and respectful conversation and, in my experience, do the job quite well. Expanding the practice of Spirit Circles in the United States (they are much more common overseas) is a simple way to promote Spirit and the unique culture of our sport.

Increasing awareness of ultimate’s storied history might be another way to promote spirited play. Because tradition helped shape Ultimate’s culture, increasing a sense of connection with that culture might help foster a sense of responsibility towards fellow athletes. USA Ultimate could create a youth league with the explicit intent of creating and reinforcing values in young Ultimate players, much in the way that programs like AYSO seek to build a spirit of sportsmanship in young soccer players.

There are plenty of ways to foster Spirit of the Game. However, it is imperative that we stop pursuing the ways that prevent officiation from serving its true purpose: to ensure that the rules are consistently followed.

Comments on "Follow The Rules: The Case For Refereed Ultimate"