February 26, 2014 by Charlie Eisenhood in News with 0 comments 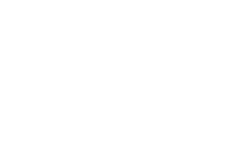 The AUDL’s San Jose Spiders just made another big signing — but not of another top player.

They announced officially today that Lightspeed Venture Partners, a venture capital firm, has signed on as the title sponsor of the team for next season.

From the Silicon Valley Business Journal:

Being a title sponsor will help raise the visibility of Lightspeed with the Valley tech crowd that it targets, Nieh said. “We are an up-and-coming firm that doesn’t have the name recognition of a Sequoia, yet.”

He declined to say exactly how much the firm is spending, but Nieh said that fielding a team of about 24 professional players over a four-month season isn’t cheap. “It’s safe to say this will be in the upper quartile of sponsorships that we do.”[/quote]

While the Spiders may not be coming away with millions in a round of funding through a more traditional VC path, they will still, as the article suggests, come away with some significant operating cash.

Lightspeed, with over $2 billion under management, is a major player in the Silicon Valley VC scene, but still not the biggest or most recognized. They have gotten glowing press recently, particularly for being the lone seed funder of Snapchat, which has gone on to raise over $120 million and turned down a $3 billion acquisition offer from Facebook.

A sponsorship deal could be a great fit for Lightspeed, as a number of top tech entrepreneurs are fans of ultimate. Both WhatsApp founders play ultimate, as does Google co-founder Sergei Brin. The list goes on.

The Spiders will play their first home game on April 12th against their Bay Area rivals, the San Francisco Flamethrowers.