Pools are wrapped up, the bracket is set!

HEIDELBERG, GER — Pool play has wrapped up in the men’s division and the bracket is set. Here are some of the key stories from the final games from each pool followed by a preview of the quarterfinal match-ups we will see on Thursday afternoon.

In an intense game streamed on Fanseat.com, Colombia eliminated Austria on double game point 15-14. Colombia played their arrowhead zone, but the Austrians worked patiently, hitting the open options. Valentin Fischer was doing it all for the Austrians: distributing the disc, throwing blades, and opening up the space for his teammates. On the defensive side, the Austrians pushed the Colombians to their limit. Austria used strong flat marks to send the Colombian cutters deep, relying on their height to help win aerial match-ups.

But towards the end of the game, the Colombians were able to create space, and on double game point, held to win the game. This win cemented their position in Pool A, and puts them against Canada tomorrow in the quarterfinals. Austria was eliminated in a heart breaker, and finished their day with a 15-10 win against Great Britain that was largely meaningless in the final pool standings.

In a game that the Belgians needed to win to take charge and solidify their place in the quarterfinals, they did just that, besting the Australians in a thrilling 15-14 game. Although the Belgians got the first break of the game, Australia was not phased, and they continued to play their fast-paced horizontal stack focusing on pushing deep but hitting unders for big gains. The Aussies received at 6-6, but a couple of Belgian breaks sent the Europeans leading into the half 8-6.

While the Belgians certainly were pressuring throws, the Australians mostly shot themselves in the foot. They took risky shots in their endzone set that fell flat. Full credit goes out to the Belgians, who were non-stop in their huck based offense. They often would set up early in horizontal or split stack before switching to a vertical offense that allowed some unorthodox blades and hammers to the far corners.

In the second half, the intensity only ratcheted up. Belgium started on offense, getting their ‘free break’ to take the lead 9-6. This would prove to be the largest lead of the game. After trading back and forth, Australia pulled to Belgium, trailing 12-10. An absolutely massive bid from the Aussie, Jonah Malenfant, looked to earn Australia block, but a call negated the play. Eventually, though, the Australians got the disc after a huck sailed out of bounds and never came back. Australia worked a superstar offense (3-1-3) to punch in the goal and started to rev their engines for a string of breaks. The hammers and blades that had been so prevalent and measured in the first part of the game momentarily failed Belgium as they turned it twice. Australia took advantage using some aggressive blades of their own, taking the lead 13-12. Belgium responded with a perfect huck to tie the game, and got a gift in the form of an Australian huck that was too low the entire way, despite the open receiver. A perfect huck going the other way took the lead for Belgium, and an Australian hold sent the game to double game point.

This last point was controversial. A foul call on an early throw frustrated the Australians. After a lengthy conversation, the disc was sent back, and the Australians never got another chance. Belgium worked the break side of the field before Benjamin Jonkers connected with a blade to the far side to John Beeckmans for the goal and the win. As Belgium dropped to their knees in a monumentally important win for their campaign, Australia was gritting their teeth. Clearly some players were unhappy with some tight calls that never seemed to go their way: two second half turnovers were called back, giving the Belgians extra opportunities. This result secured both the Australians’ and the Belgians’ place in the bracket.

This 11:00 AM game was hyped to be an opportunity for either team to crawl their way into the bracket. However, the hard fought win by the Belgians over Australia dashed both teams’ hopes. That result knocked Ireland out of contention, but they certainly didn’t play like it. They came out strong, and were outplaying the Kiwis in the first half. The Irish spread the love around, with five different players scoring as they took half 8-3. However, the second half would prove to be a different affair. At this point the Kiwis’ only chance to make the bracket was to comeback against Ireland, beat the Swiss, and to hope and pray that a Russian team with only one win on the week could upset Australia. For all of that to even be possible, New Zealand had to do their part to keep the dream alive.

On offense to start the second half, they held and sent their D-line out to start making plays. They got one break back to bring it to 8-5. The teams traded points to bring it to 9-6 and then the New Zealanders made their move. Four straight breaks — each one to a different player — really showcased just how much they were willing to let their depth make plays. But Nick Whitlock and Billy Armstrong were critical during this run. Eventually, the Irish got a goal of their own to tie it at 10-10, but momentum was clearly with the Kiwis. They went on to get one more break to give them a cushion and traded out, winning 14-12.

Whether the teams were kept informed as Belgium’s win was officially reported is unclear, but they sure played their hearts out. Ireland finished exhausted and played the Italians later in the day to round out their pool play schedule. New Zealand, having mentally and physically pushed themselves to the limit, could not get the job done against Switzerland, but Australia took care of Russia, officially eliminating New Zealand.

The winner of this match was set to finish second in the pool and, in doing so, avoid a more difficult match-up in the quarterfinals. As USA and Japan finished first and second, respectively, in Pool A, finishing third or fourth could spell an early exit as quarterfinals start tomorrow.

The Italians started the game with all the swagger and precision that is expected of them. Although Belgium collected a couple breaks and led for most of the first half, Italy still seemed in control. Their offense’s problems came from self inflicted wounds, and the Belgians were forced to make tough plays to keep pace. But the Italians broke to take the half, and added the matching hold to start the second half. Belgium ripped aggressive hammers and hucks, connecting on some of them, but in general giving the Italians more opportunities to take control. The 15-11 final score for Italy is a fair representation of the game. The Belgians were athletic and talented, but couldn’t quite match the consistency of Italy. Italy finished the day in a game without bracket implications against Ireland. 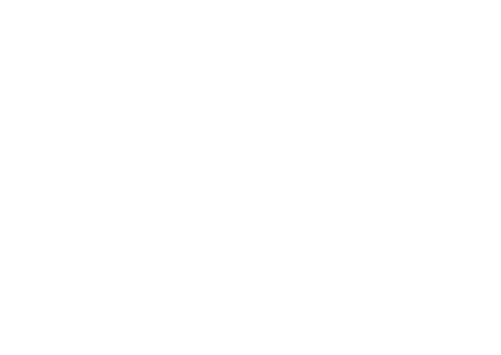 USA (1A) vs Australia (4B): The Americans are certainly the favorites in this tournament, topping Pool A however they are rewarded with a match-up against the Joeys. This should be an exciting game, as the two teams are certainly comfortable with a little bit of physical play. Australia is incredibly athletic, and if they can connect on their deep shots, they will be a handful for any team here. The United States, on the other hand, has had some lapses in focus throughout the tournament, they will want to avoid digging themselves a hole early in the game. But even with a couple of unforced errors they are more than talented enough to get it back.

Italy (2B) vs Great Britain (3A): Italy seem to have found their groove. After a loss on day one to Canada, they have bounced back with nothing but victories. After a comeback win against Australia, they haven’t looked back, leaning on their system built on precise inside throws from their handlers. If they continue to hit seemingly difficult shots they will have a good shot to beat anybody. Great Britain will be looking to grind. Outside of their game vs. USA, they have been very patient with the disc. The big question is: Can GB continue to stay chilly against an Italian team that runs on pure emotion?

Canada (1B) vs Colombia (4A): Canada has looked good all tournament. They have done what they expected of themselves, and they are looking to get a better result than last year in Perth. They have athletic cutters, smart handlers, and a defensive strategy to take away every team’s first option. It’s clear their coaches will have this team prepared. Colombia will need to avoid the careless mistakes that plagued them against Great Britain on Tuesday. Fast as sin, their cutters will look to attack any open space they can generate against Canada. That Colombian zone will look to wreak havoc on Canada’s offense.

Japan (2A) vs Belgium (3B): I can’t say enough good things about Japan. Their style is exciting and is always running at 100%. They have, arguably, the best disc skills at this tournament across the entire roster. They move the disc quickly with every throw. On defense they are happy to switch, poach, and play physically. The question will be more about how Belgium will play. Belgium, more than any other in the bracket, has the ability to win or lose against anybody else. Their offense relies on cross field shots, hammers, blades, and hucks to open up options. If they hit their marks and the hucks fall their way, then I wouldn’t be surprised to see an upset. However, they have yet to put together that “perfect” game, and have a tendency to turn the disc in bunches.