May 18, 2015 by Charlie Eisenhood in Livewire, News with 4 comments

Sports Illustrated ran a cover story this week on Jim Harbaugh, the former San Francisco 49ers head coach who just signed a contract to coach at Michigan. You may recall that he recently showed up to a Michigan MagnUM ultimate practice after the team reached out on social media.

Awesome enough on its own, he went one further and gave a scouting report on the ultimate team to SI. Check it out: 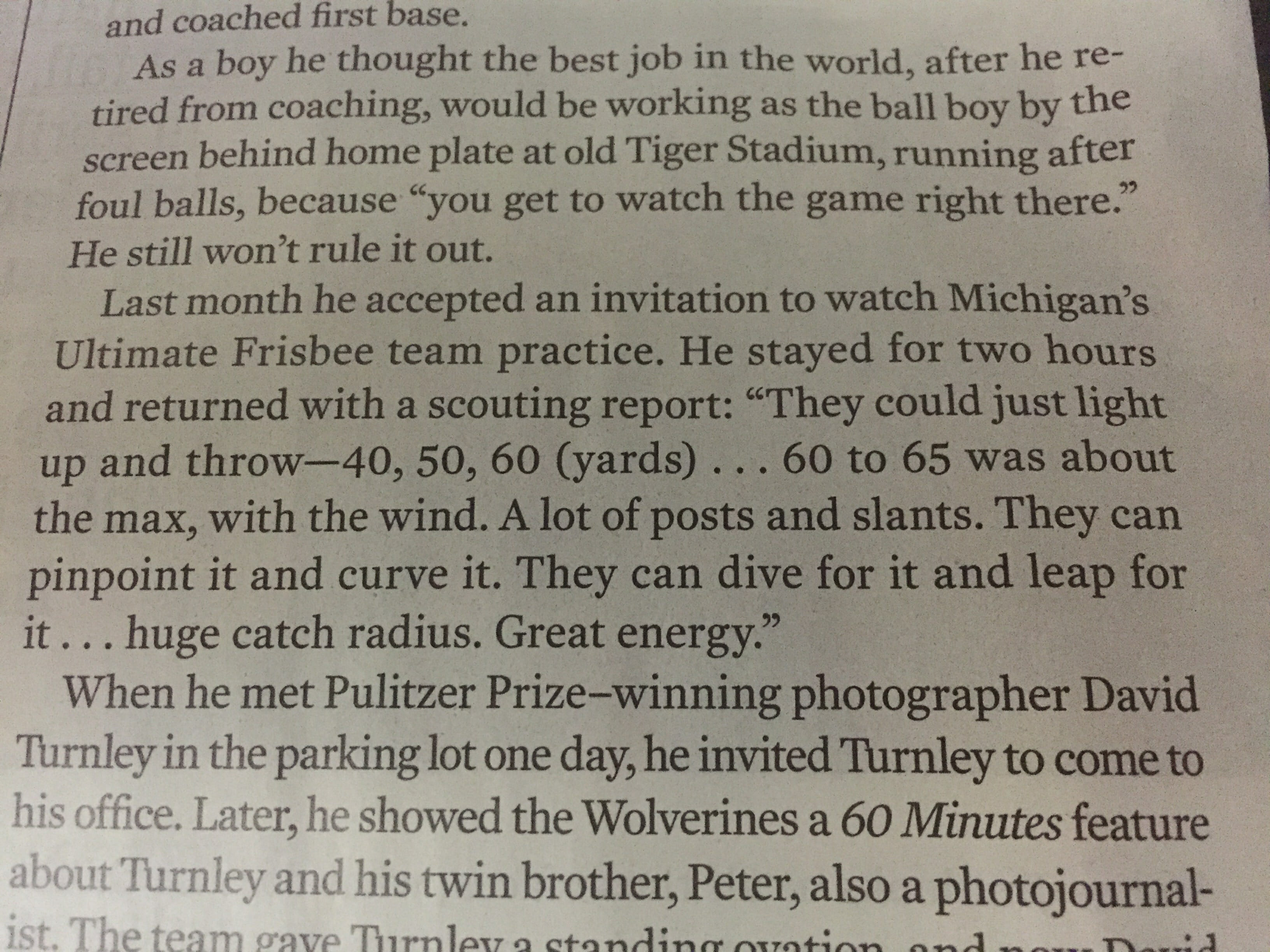