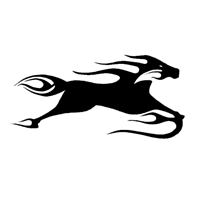 The team started from humble beginnings in the year 2004 when a little boy with a dream wanted to start a local micro financing bank with his friends in their beloved town of Tacoma, Washington. They soon realized this would be way too much work and quickly opted to just throw around a small piece of plastic instead. Celebrating its tenth anniversary during the 2014-2015 season, the Postmen are now entering their second decade of existence. From humble beginnings, the Postmen rode to the D-III College Championships for the first time in 2011. Traveling to the Mecca of the Midwest – Appleton, Wisconsin – in 2011, the team tied for third place at the D-III College Championships. After a one-year hiatus, the Postmen returned to Appleton to avenge themselves where they fought their way into the finals. Once again, the title slipped through their hands. The year 2013 was no different. The Postmen, the brave Men of the West, placed second for the second year in a row. After a brief foray into the D-1 Conference in 2013-2014, the Postmen are rebuilding – traveling to villages far and wide looking for new recruits. The 2016-2017 season is promising. Building upon the work of years past and the efforts of those who came before, the Postmen of today look to ride to greater glory.

For more articles try the tagged article archives or you can try searching the full site here.