August 17, 2012 by Charlie Eisenhood in Interview, News with 0 comments 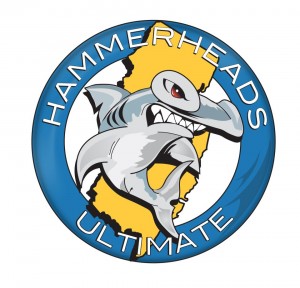 As the legal battle continues between the American Ultimate Disc League and two of its teams, new franchises are having to work through the uncertainty as they prepare for the 2013 season.

Earlier this week, Ultiworld spoke with the New York franchise owners; yesterday we had a chance to chat with Dennis Gunn, the General Manager of the New Jersey Hammerheads.

This weekend, the Hammerheads will hold their first combine and tryout — they are moving faster than many of the other upstart franchises — and hope to be “up and running by the fall,” according to Gunn.

The legal drama largely doesn’t affect their planning, he said, but noted, “To be honest, it’s always in the back of your mind…It does concern us, but up until they say the league’s not going to go on or Connecticut’s not going to go on, we’re gonna keep doing what we’re doing.”

Like the New York management, Gunn didn’t take sides, saying that he didn’t want to judge “without all the facts.” He said that in sports start ups “there are gonna be bumps in the road. And as general managers, owners, and the league commissioner, we need to keep lines of communication open and throw it together.”

He did have one suggestion for the AUDL. “I think what the league overall needs to do is convince the rest of the Ultimate community that changing the rules doesn’t really hurt the Spirit of the Game,” he said. “From the games I’ve gone to, it seems like the guys are really working with the refs…The Spirit of the Game is still embedded in the pro style of play. I think both the club level and the pro level can grow together and flourish.”

But really Gunn is focusing on getting the team off the ground — things like finding a venue and determining the roster. Despite little Ultimate background, he’s excited to be involved and said, “Everybody I’ve met in the Ultimate community has been cool so far.”