Team Orange: Who Are Observers? 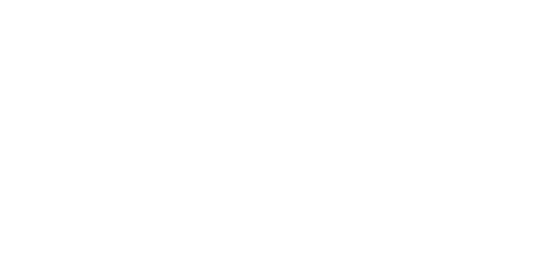 This is the second article in our series, Team Orange: A Comprehensive Guide to the USA Ultimate Observer Program. Includes contributions from Will Deaver and Vic Kahmi.

So who are these Observers, these men and women who show up at your field in their bright orange jerseys and inform you that your game is being observed? They’re ultimate players. You might have played a game against one or even had one on your team. They range in age from college students to grand masters players and their reasons for becoming Observers are just as varied. Many like the advantages of being on the field for some of the highest levels of ultimate. “I wanted the best seat in the house to watch great ultimate.” says Mitch Dengler, a USAU Certified Observer since 2009.

“I’m just an average player,” says Chris Burling, a newly-certified Observer, “[I] didn’t go to a powerhouse college, and haven’t ever gotten the opportunity to play on a consistent club team. So how [does] an average player get on the fields at the highest levels? Observe.”

It is a cool thing to be on the field with some of the elite teams. As much as you have a responsibility to watch the plays, there are times (particularly when you’re the downfield Observer when the defense is playing zone—no picks to watch for) when you can marvel at how close you are to the action without having to look around people to see the plays. “I get to sprint downfield with the top players in the world and be right next to them when they go up or layout for a huck.” says Dan “Skippy” Sigel, a USAU Certified Observer since 2007. “As far as I can tell, I have the best seat in the house.” 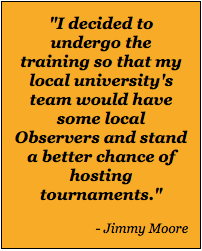 As well as getting a great view, the two other most often cited reasons for becoming an Observer are a desire to really learn the rules — both for personal growth and to help out the local ultimate community — and a feeling of giving back to the sport, which many have been playing for most of their lives. “Some of my closest friends are people I met playing ultimate,” says Matt Moran, a USAU Certified Observer since 2010, “and the feeling of community still permeates the sport. When my own children started playing the sport in middle school, I started looking for a way to get back into the game.”

For me, the main reason was giving back. I’ve been playing ultimate for over 30 years and it has given so much to my life that i felt that it was time for me to offer my services to the sport. I attended a training clinic in the spring of 2007 at the Yale Cup tournament and observed my first tournament, College Regionals, a few weeks later.

Since then I’ve observed at both the College and Club Championships, the Boston Invite, and what I consider to be the most challenging tournament, Northeast Club Regionals. There are some long-standing rivalries in this region and a number of on-the-cusp teams gunning for a spot at Club Championships. Tempers can flare and intensity can very quickly translate into hard fouls, dangerous plays, and less-than-friendly words.

What Do the Players Think? 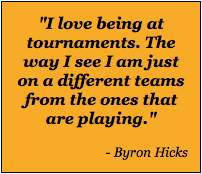 During the first couple of years of my observing career I noticed that the college players were much quicker to accept a ruling and continue play with no arguments (although not all the time—I’ve had players approach me after a point and try to argue their case as to why my call was wrong). The club players at that time were still getting used to playing with Observers and were much more likely to grumble and complain about a call that they felt went against them.

In the years since, the acceptance of Observer’s calls without much question has become more normal in club play as well, and in fact, there is an appreciation for what Observers do and bring to the game. As Dengler says, “Everyone seems to think it is a thankless job, yet I am thanked ALL the time by players and organizers… For as much as you rule against people (every call is ruling for one player and against another), we get very few complaints, and most are reasonable discussions, not arguments.”

Chris Burling agrees. “I have had many players, even from teams that did not have a game observed at that tournament, thank me just for being there. I have overheard players that were overjoyed: ‘This game is going to be observed? Great!'”

“I was involved in a few games as a player with Observers, both at Regionals and in Sarasota”, says Mark Fritz. “I felt the game moved at a much better pace with less chippiness. Each team seemed to respect the other a bit more.”

I was observing a game at College Regionals once, standing just off the goal line between points. I signaled to the team at my end that they had 20 seconds, and one of the players looked at me and said “word.” Without cracking a smile, I responded, “Word up.” The player looked so surprised that there was a real person behind the Observer jersey.

“Standing around as an Observer is odd sometimes”, says Laura Meyer. “You put that orange shirt on, and suddenly you are distanced from the players. At the same time, you’ll see this distance decrease over the course of a tournament as players get comfortable with the presence of Observers in general and get to know you personally.” I guess it’s unusual for players of any sport to interact with officials, but it’s nice that ultimate is different and I hope that the players realize that we’re just like them, involved in a sport that we love. 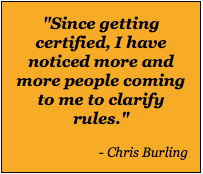 “I think I surprised a player from a team that played with horrible spirit (thus requiring Observers) who had blown out his knee in a the game I was observing.” says Jimmy Moore. “After he got back from the hospital, I went over and told him how sorry I was that he had gotten hurt.”

“[Players] are frequently surprised that someone as old as I am is doing what i do,” says Matt Moran. “Sometimes college players have a hard time believing ultimate even existed when i was their age. I guess they think we played with stone discs and had to fight off the pterodactyls.”

Tom Rath, a USAU Certified Observer since 2011, agrees. “Players are sometimes surprised to know I have been playing for 30 + years. It is kinda fun to see their reaction.”

Comments on "Team Orange: Who Are Observers?"