Ultiworld To Livestream Eight Games From The US Open, Offer In-Depth Coverage 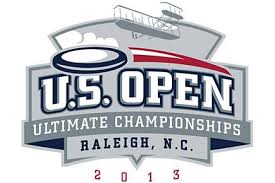 Ultiworld is excited to announce that we will be offering unprecedented video, statistical, and written coverage of the US Open, the first premier USA Ultimate club tournament of the 2013 season.

We will be livestreaming eight games throughout pool play and filming for tape-delayed release the Mixed and Women’s semifinals not being covered by ESPN3. Our broadcast will be available unrestricted around the globe.

In addition to our livestreaming coverage, we will have a full staff on the ground offering in-depth reporting and detailed statistics throughout the weekend. From livestreaming video to game writeups to interviews to statistical analyses, this will be the most comprehensive coverage Ultiworld has ever put together. We are very excited to bring you closer than ever to the action.

You can get access to all Ultiworld’s video coverage for the following prices:

Individual games will also be available for purchase. Presales will begin later this week. Check out the livestreaming schedule below:

[UPDATE: We will be covering Revolver vs. Ring of Fire at 2:15PM, rather than Scandal vs. Showdown. This was due to field changes caused by rain.]

The US Open brings together the top American Pro Flight teams (semifinalists from the 2012 Club Championships) with international teams.

Our statistical data and analysis is driven by the Ultiapps tracking application, freely downloadable on your iPhone or Android device and online at Ultiapps.com.

Comments on "Ultiworld To Livestream Eight Games From The US Open, Offer In-Depth Coverage"