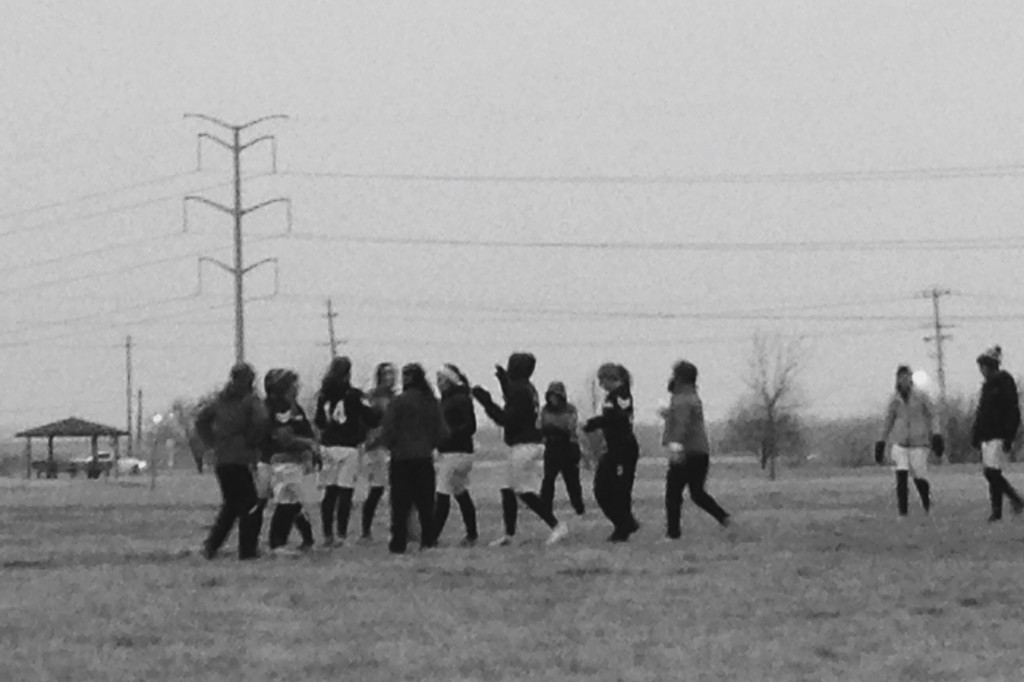 Before I begin, I have to say that while Midwest Throwdown only lasted one long, gray Saturday, this tournament weekend will stay with me, and our Ultimate community, for a long time. On Friday we lost three members of that community: James Adams, Paxton Harvieux, and Michael Goodgame. I have watched them all play several times, and I knew James. It is a testament to James Adams that I had only met him a handful times, but each time he greeted me warmly with a huge grin as if we were old friends. I grieve for James, for Paxton, and for Michael, and I also feel gut-wrenching relief, followed by guilt: I’m grateful that John Raynolds, my brother and the captain of CUT, wasn’t in the car. He could have been. I face that shadowed side of tragedy that nobody talks about, where you contemplate the fragility of your loved ones’ lives while you mourn the ending of another.

Friday night my newsfeed filled with condolences, and Twitter brimmed over as teams wrote messages to the families and to the team. We stand with CUT. CUT rules. Stay strong CUT. On Facebook people changed their profile pictures to CUT’s symbol. At Stanford Invite the jerseys, the temporary tattoos, and the armbands all said the same thing: we’re here for you.  We round our wagons to care for our own. This community and this quirky subculture that I love feel bigger and bigger to me every day,  but I love it most when it feels small.

The South Central Is Here to Play

Even with limited games, the South Central teams made a statement. Colorado College “Strata” came into Midwest Throwdown as a mystery, but they quietly worked through most of the teams in their pool. Wind and cold equalized the scores, but Strata held steady leads throughout their games against University of Iowa’s Saucy Nancy and the Minnesota Ninjas. Strata relied on handler Lisi Lohre for regular resets and smooth hucks while freshman Corey Baron was an effective force downfield. During their last pool play game they faltered as University of Kansas Betty took advantage of every dropped disc, defeating Strata 11-5. Both teams relied on inside looks and patient disc movement, but Betty had a cleaner game. Nevertheless, Strata showed on Saturday that they can piece together nice offensive movement, and it lifted them into Ultiworld’s College Ultimate Power Rankings.

University of Kansas Betty (#18) was the only Division I team to go undefeated on Saturday with clean, smart offense that their opponents couldn’t shut down. Their handler core lives up to the hype: Kat Songer has an effortless inside flick that her cutters look for, and her fellow handlers Christine Baker and Caitlin Fitzgerald were deadly resets who weren’t afraid to release to space. Their offense was beautiful to watch, and it’s a pity that they weren’t able to meet Michigan again on Sunday for a rematch from Queen City Tune-Up. They beat Saucy Nancy soundly 11-3 in the last round, ending their Midwest Throwdown with a message: they deserve to be noticed.

The Colorado State Hell’s Belles played the game of the day against Michigan Flywheel: both teams came off strong first-round wins, and they traded points until Colorado State pulled ahead, eventually winning 11-9. Senior Paige Applegate and grad student Christy Cheung dominated their offense, often finding each other on every other throw. Their play was aggressive and had a focused immediacy: their zone made Flywheel handler Meeri Chang throw every weapon in her arsenal, and this constant pressure forced enough bad throws and some shaky decisions from a normally composed Michigan.

These South Central teams proved their consistency and their ability to win big on Saturday, and a strength bid for the region could be locked down at Centex. When asked about this elusive strength bid, Colorado State Coach Lance Everette confirmed their unique position:

“We’re in a hole. [It’s very difficult] to get to tournaments from Colorado, because everywhere for us is a minimum of 10-12 hours. It’s a difficult region because we’re so overshadowed to begin with, [and then] we’re also overshadowed by Colorado, who has had a great program forever.”

This distance causes teams like Colorado State and Colorado College to be perpetually under-seeded at tournaments, and their names often get lost in the national buzz that trends toward the West Coast.

Michigan is Good. But They’re Not Untouchable

The tournament schedule changed on Friday to adapt to last-minute drops, and Michigan Flywheel (#20) got their wires crossed. So Flywheel players warmed up their throws on the sideline of their first game with Iowa State Woman Scorned, madly trying to prepare for a cold and windy day. This rush didn’t translate into their first game, however: every player on Flywheel looked confident and skilled as they patiently worked the disc through the wind.

Their first game was efficient: they beat Woman Scorned 15-3. They later beat Northwestern University Gungho 15-2 with a suffocating zone that choked up the handler movement that Northwestern loves. These scores are undeniable, but they hide a second reality. Flywheel had several unforced drops and questionable looks throughout their games, and Colorado State capitalized on these cracks in their offense. Flywheel doesn’t have to be flawless to get to Nationals, but I suspect that their ambitions extend beyond punching a ticket to go. If so, they still have rough edges to polish.

Shake Off That Rust

University of Iowa Saucy Nancy came into Midwest Throwdown with a quiet early season, and it was evident that they were adjusting throughout the day. Saucy Nancy Captain Liza Minor agreed:

“We’re definitely getting our sea legs back because we haven’t played outside this year, [and] we’re missing two of our co-captains, so other players have had to step up.” Saucy Nancy found their stride in every game, but they were never able to muster enough momentum to fight back from their losing scores.

They began the morning looking sleepy and a little shell-shocked by the cold, and they compensated by taking riskier shots. By the time they played Minnesota Ninja in the afternoon their legs were warmer and their play improved. Emily Fujii was a regular feature of their handler sets, and her calm, consistent play softened some of Saucy Nancy’s missteps. Liz Gronnert seemed to be on every side of the disc, and together with Fujii they were able to string together effective plays. Midwest Throwdown was a testing ground for Saucy Nancy where they developed their chemistry, and a very different team may come to play in Austin, TX.

Another pool over, Iowa State Woman Scorned (#24) began their morning with Flywheel notching point after point against them, only scoring a hard-won 3 points. Sam Sauerbrei recalled a familiar Ultimate adage after the game: the score didn’t reflect their play. Iowa State warmed up in their game against Northwestern where they took half 6-2. Northwestern also found their pace, and they battled back to tie the game at 6-6, and these teams traded points to face a rematch of last year’s Universe point. This time, Iowa State came out on top.

Woman Scorned usually relies heavily on Cami Nelson to make plays, but with their star hobbled (literally), Sarah Pesch and Sam Sauerbrei easily stepped into the limelight. They reset often as they shifted the disc back and forth across the field, looking for the perfect angle and an opportune space, and this calm filtered through the team. If they had matched up against Michigan later in the day, the score would have been very different. You wouldn’t have known watching Iowa State on Saturday that they were missing their biggest playmaker. The North Central bids are up for grabs this year, but Iowa State will be fighting for one of them.

Iowa State ended their day with by throwing a victorious wrench into the pool seedings: Colorado State entered their game on a high from defeating Flywheel, but after the adrenaline faded, the Hell’s Belles lost their focus. The intensity of their play against Michigan didn’t last, and Iowa State was able to maintain at least a two-break buffer for most of the game. Woman Scorned beat the Hell’s Belles 12-9, creating a tricky three-way tie that Sunday would never get to sort out.

Without bracket play, these games stand alone. Therefore they are more significant, and they are less so. Iowa State will remember their ugly and uncharacteristic loss to Flywheel; Northwestern will shuffle theirs into the archives. Kansas’ victories are impressive, but their sweetness is tempered by the tournament’s unfinished ending. Midwest Throwdown wasn’t a dress rehearsal for Centex, it was the blustery appetizer to a better main course.