Georgia had a great fall, led by a combination of hardened vets and strong rookies.

University of Georgia is reloaded and quietly preparing for a breakout season after last year’s heartbreak at Southeast Regionals. UGA is an established program, qualifying for Nationals six consecutive times between 2005 and 2010, and this year is an opportunity to return to the national stage. Captains Elliott Erickson and Sam Little are back after playing big minutes for Chain Lightning’s defensive line and the team is stacked with explosive athletes looking for redemption after missing Nationals three out of the last four years. Georgia’s run to the finals of Classic City Classic warrants some serious attention and Ultiworld’s video footage provides an early look at what’s going right now, down in Georgia.

Georgia’s offensive line frequently initiates from a vertical stack with #38 Shawn Paul at the front and Elliott Erickson at the back. The O line uses the athleticism of Paul and the deep throws of Erickson to create high percentage deep shots early in games, and the result is often an easy hold, like this one against Florida in the semifinals of CCCs:

Catch phrases like “run solid set plays” that “isolate dangerous players in big space” are thrown around in the Ultimate community like strategic jargon. But, like all good teams, Georgia’s mastery of the little fundamentals makes a big difference when implementing those vague principals.  Rather than starting in a side stack (which might tip the defense off to expect a pull play), Georgia looks like they are preparing to run normal vertical offense. Paul makes an aggressive deep cut from the front, and, utilizing a stutter step on the cut, really forces the last Florida defender to drop. The stack continues to slowly drift breakside, opening up even more open-side space and allowing Erickson to take an easy under. From there, Paul is isolated deep with the disc in power position with four UGA players “lagging” behind or breakside of the disc.

Georgia relied on the Erickson-Paul connection throughout the weekend to score crucial O points and their roster’s mix of athleticism and huckers establishes a larger margin of error on deep throws then most teams. Georgia’s offense is driven by cutter continuations and they were comfortable running set plays against man-to-man defense. Throughout CCCs, Coach Gray used a combination of vertical and horizontal sets designed to clear space, isolate matchups, and run their preferred, cutter style of offense. 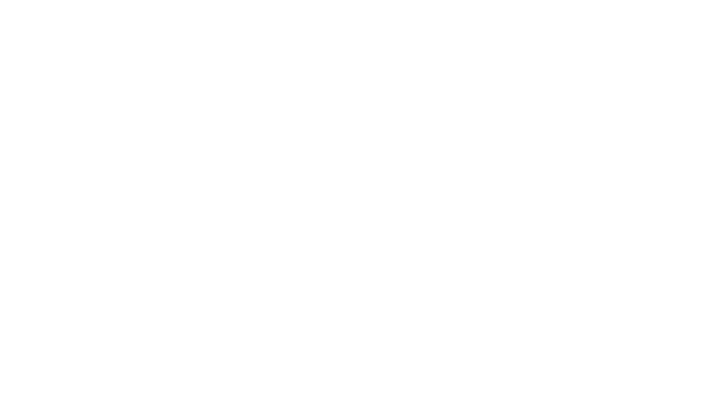 As the disc is centered, Paul cycles deep towards the middle of the field before UNC’s defense has time to set. U19 pickup Nathan Haskell waits patiently and delays his deep clear until Paul reaches the middle. 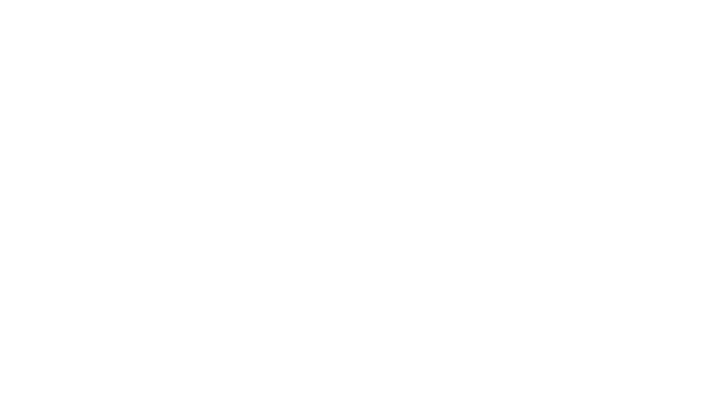 Haskell’s delay hides the clear play for #7 Parker Bray until the last possible moment. Bray slashes across the open space and receives the disc in power position. 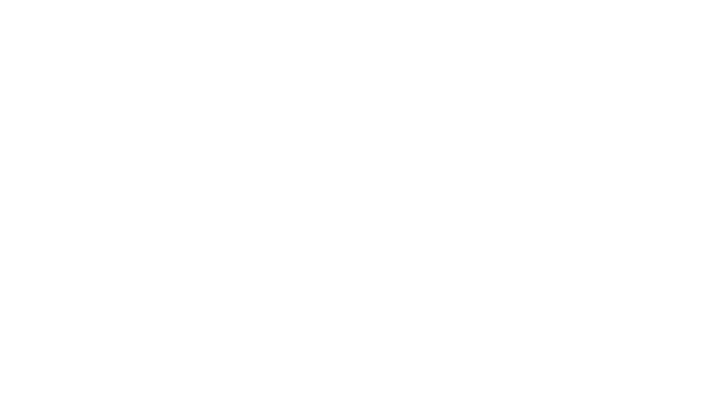 Paul and Haskell are isolated in space and Georgia uses this set to put Paul in a 1v1 deep matchup:

In this sequence, Paul leaves his spot too early and the deep cut isn’t viable; even though it’s only slightly mistimed, Bray makes the right decision and holds the huck. After all, Haskell still has plenty of room underneath and the offense flows from there.

Georgia’s set plays looked refined against man D, but this sequence also raises a major issue facing Coach Gray. The offensive line has handlers willing to throw deep, but Erickson has the most range by far. Paul’s deep spacing here makes sense if Erickson has the disc, but Bray does not have the same range and Sethuraman holds inside positioning.  Moving Erickson behind the disc provides Georgia with powerful throws and consistency, but they lose a major part of their cutter-to-cutter deep game.

Smart teams will adjust and UNC’s JD Hastings limited Erickson’s offensive contributions during pool play with his quickness and mindful positioning. Hasting’s physical defense pushed Erickson into a handler role, and by keeping him around the disc, UNC reduced his ability to operate downfield and huck from motion.

Erickson still had a big impact, but Hastings pressure forced more backfield resets that consistently lost yards. Georgia’s offense relies on Erickson as a bailout option, and when he is forced to make longer cuts that don’t gain yards, the cutters in the stack have trouble adjusting. If Georgia can rely less on Erickson and make these small spacing adjustments, the O line will have a very high ceiling in the spring.

Both players looked polished and versatile for freshman playing against elite college competition, and Georgia has to be happy with the throws they bring to the O line. Di Francesco is a dynamic handler, making him an especially big pickup for Georgia’s primarily cutter-driven offense. Haskell and Di Francesco looked comfortable initiating downfield, filling as resets, and breaking the mark against top competition and their ability to get the disc in power position created plenty of hucking opportunities for Georgia’s offense.

Here’s Haskell and Di Francesco working together against UNC in pool play:

Notice Haskell’s aggressiveness in downfield space, turning the hips of UNC’s Norman Archer, and stepping around for the backhand to space. Di Francesco makes an explosive grab and hits a nonchalant IO flick to Erickson.

Haskell and Di Francesco are already impact players on offense and Coach Gray rotated them through multiple spots during CCCs. All five of Georgia’s freshmen played YCCs with Atlanta’s ATLiens last summer and these players will provide a spark on both sides of the disc.

Georgia’s offense ran smoothly during all five of their wins, but they struggled to find consistency in their losses against UNC and Pittsburgh.

UNC and Pitt slowed down Georgia’s set plays and deep attack by taking away the lanes with handler poaches. Georgia’s cutters were more tentative and sometimes passive, letting the handlers reset the disc while drifting farther downfield. Georgia’s offense thrives on cutter continuation and poaching the lanes forces them away from their preferred style.

In the second half against UNC, Darkside Coach Mike Denardis made the adjustment:

The UNC poaches force several swings and Erickson eventually slashes across from the far sideline. Although Georgia successfully navigates around the poaches, watch the spacing during Erickson’s stall count.

All six players are clumped around the disc and the only free space on the breakside is gummed up by UNC defenders following their assignments. Even after Di Francesco catches the reset, notice how far Paul and the other downfield cutters have drifted away from the disc.

Georgia’s offense is patient enough to work through the poaches, but they still create a lag time between downfield cutting cycles as the offense moves back into position. These delays don’t necessarily generate blocks every time, but they allow defenders more time to check-in and reposition to deny the next viable look.

The offense demonstrated a high level of sophistication and creativity with its set plays, but lacked the versatility to efficiently beat poaches and other junk looks. Expect Gray to address these issues by pushing handlers downfield more often to force the poaches out and free up the lanes. Georgia’s handlers need to be assertive in moving downfield in the spring or their offense’s continuation cuts and deep game will be limited by top defenses.

Georgia’s deep game extends past just offense. The defensive line creates plenty of break opportunities by fronting in the lanes and forcing teams to beat them deep. Sixteen of their players are listed at over 6 feet tall, including two 6’4 upperclassmen, and they are excellent at holding inside position while running down hucks .

Check out Sam Little making up ground and taking the inside position against UNC’s Tim McCallister:

Georgia’s height and athleticism are the foundation of their defense and they clearly flustered Florida in their semifinals matchup. In the first half, Georgia’s D line created seven opportunities to break from their deep defense alone. Without the hucks of Bobby Ley, many of Florida’s hucks floated and turned into 50-50 balls and Georgia’s ability to win the majority of those matchups gave them plenty of chances to break.

Here’s Paul and Haskell squeezing a Florida receiver on a huck in the second half:

Haskell plays confidently underneath his man and the majority of the cutter defenders do the same. Paul smartly reads the play from the close-side wing and helps deep. Haskell takes the inside positioning, keeping the Florida receiver from getting a clean jump, and Paul comes from the backside to create the squeeze.

Georgia consistently denies unders, and their ability to hold inside positioning creates plenty of opportunities for blocks. The downside of this defensive strategy is Georgia doesn’t force many short-field turnovers and their D line offense is usually forced to work the full field.

And while the defensive line had no trouble generating blocks throughout CCCs, they certainly had issues converting without their stars on the field. Most D line possessions started with a full 70 to go and the D line offense struggled with execution errors, spacing, and getting continuation cuts after the turn. On standard lines at CCCs, Sam Little played a central role after the turn, distributing and aggressively attacking upline. Georgia’s D line looked it’s best on the fast break, but against top competition they lacked consistency.

Coach Gray had the defense running similar sets to the O line, but they often were not able to make viable deep cuts or create separation on the unders:

The D line offense initiates with a deep flood horizontal set, but the Georgia cutters are unable to create space. After the primary cut is denied, the cutters drift farther downfield and the Florida defenders are able to sit underneath. Coach Gray will need to address these spacing issues this spring and one option could be giving Di Francesco more time on the D line. Di Francesco provides a dynamic handler presence on offense and his ability to break the mark and get the disc in power position could help resolve some of the conversion issues.

Georgia’s performance at CCCs was no fluke and they will present a serious challenge to top programs this spring. Coach Gray rotated multiple players through the system’s key spots throughout CCCs and will most likely continue to do so early in the season at Queen City Tune Up. Success in the fall doesn’t translate to results in the Series, but Georgia’s got all the right pieces to make a serious run this spring.