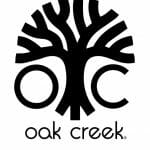 Ever wanted the opportunity to take Editor-in-Chief Charlie Eisenhood down a peg? To prove you can outsmart the big boss of Ultiworld? Enter the Beat Charlie Challenge, presented by Oak Creek Ultimate, and test your Club Nationals predictive abilities. Take on Charlie Eisenhood, himself, and if you win, you’ll have a great shot at taking home some free swag.

Best the big guy and you’ll be entered to win one of our three Oak Creek Ultimate prize packs, valued at $100, and a free month as an Ultiworld subscriber.

Charlie’s picks are in! See them below and you can track your score.