Past Articles from Ian Toner 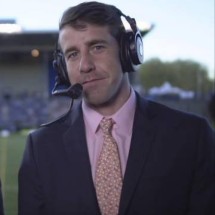 Ian Toner is an Ultiworld reporter and analyst. He began playing in high school with the Canisius DISCiples (2005-2008), learned the game as part of the University of Virginia’s Night Train (2009-2012), and has contributed to Ring of Fire (2012-2013), Johnny Bravo (2014 national championship-2017), And The Warhawks (2016 beach men’s national champions) and USA Ultimate’s Under-23 national team (2013 gold medalists). In recent years, he has supported professional, club and college ultimate broadcasts on ESPN, Stadium and other outlets.