February 5, 2013 by Charlie Eisenhood in News with 0 comments 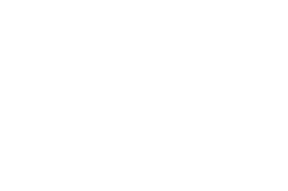 This year, the Chicago Ultimate Training Camp — normally known as CUT Camp — enters its fourth year as one of the premier ultimate camps in the country.

Arnoush “Java” Javaherian, the Executive Director, talked with Ultiworld about how he decided to get started with the camps. He started the Ultimate program at Chicago’s Neuqua Valley High School in 2007, which has ballooned to one of the biggest — if not the biggest — programs in the country with over 200 kids from grades 4 to 12. “This past year, we were ranked fourth in the nation,” said Javaherian. “We even beat Amherst at the Paideia Cup.”

Looking for a way to develop the high school players over the summer, Javaherian started thinking about developing a summer camp designed for ultimate skill building and training. He decided to start CUT Camp, broadening his vision to “focus on helping the Chicago youth get better.”

The camp has grown steadily, and now offers a six-day, overnight camp. Last year, it was its biggest ever with 41 campers representing ten different states. This year’s signups already include ten states — plus the first international player, coming all the way from Hong Kong.

Each day, campers play in two 2.5 hour practices, as well as participating in “breakdown sessions” in a classroom about topics ranging from rules to the future of ultimate. One of the program’s coaches, Jonathan “Goose” Helton (of Chicago Machine and the AUDL’s Windy City Wildfire), also leads training sessions focusing on athleticism and fitness development.

“A player that comes to our camp can expect the most ultimate week possible…,” said Javaherian. “I want to provide them the greatest ultimate experience they can have.”

The camp is well-known for featuring Austin Doublewide’s Brodie Smith (also of the Windy City Wildfire) as one of the coaches. Smith’s full-time job is running his various YouTube channels, but he loves working with students at the CUT Camp and is returning this year.

Javaherian acknowledged that Smith is often a controversial figure in the ultimate community, but that the kids love him. “If you actually get to know who Brodie Smith is, he is a really down-to-earth, class individual, and his heart’s always in the right place,” he said.

Ultimate camps have been in the news recently with the announcement of new Nike Ultimate Camps. Javaherian says he strongly considered being a part of the Nike camps, but decided against it, largely because it would cause him to need to raise his prices after setting them late last year.

“I set my price to be the most affordable camp in America right now for a six-day, overnight camp,” he said. “And that was really important to me because I want to make sure that money is not as much of an issue as it can be…I didn’t want to change my [price] halfway through to go with Nike.”

Javaherian is committed to affordability, and even offers scholarships to two players thanks to the generosity of the Henry Pfau Callahan Memorial Foundation (yes, the same Callahan). The camp is $720 for overnight campers, and $600 for day campers this year.

The camps have been a hugely positive experience for Javaherian, the coaches (which include NexGen’s Colin Camp this year), and the campers. Javaherian talked glowingly about a coaches v. campers game under the lights in a football stadium one night last year. “One of the best moments was when one of the kids from New Orleans, Thomas, he came up and layout D’ed me,” said Javaherian. “I’m telling you right now, that made his week – to D the executive director.”

More importantly, he explains that the increased awareness of ultimate in the Chicago community is leading to more excitement about the sport.

You can get more information at the CUT Camp website.

Here’s the promotional video for this year: