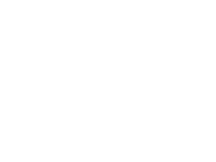 Watching the World Games stream online has been the easiest part of following the event. Keeping track of the schedule, scores, and news has been a lot more challenging due to disparate sources of information.

Here is a quick recap of where we stand and relevant links to keep you informed about today’s huge matches.

The United States has advanced to the gold medal game after beating Japan yesterday to move to 4-0. Regardless of the outcome of their game against Great Britain today, they will play for gold.

The USA v. Japan game was exhausting for both teams, who were playing all out with just 13 players on their rosters. Japan used an extremely loose zone that did not challenge the handlers, but made downfield space hard to find. Jonathan Neeley spoke to USA Coach Matty Tsang for the USA Ultimate recap.

“Their zone is really soft, meaning that there’s never any real pressure on the handlers,” said Tsang. “It puts a lot of mental pressure on you because you end up moving a disc for no yardage, then you try something in an area that looks open, and all of the sudden you’ve got two people coming in on you. We looked totally out of rhythm. There was nothing to attack, whereas in a trap zone, there is. We became super tentative.”

The game was very tight throughout the first half, but a 3-0 run opened up some space for the Americans. Tight man defense paved the way to one more break and a 12-9 win.

Australia has been the story of the tournament thus far, notching upset wins over Canada and Great Britain. They will now have a chance to get into the gold medal game with a win over Colombia this morning. Tom Rogacki, a key figure for the Australians in our World Games preview, has been outstanding.

There are numerous other finals scenarios, however, if Australia loses.

In most scenarios, if Colombia wins, they will advance to the gold medal game and Australia will play for bronze. However, if Japan beats Canada in the 9:30 AM EST game today, then Colombia needs to win by at least two to play for gold, otherwise Japan will face the US again. (The current goal differentials are -1 for Japan and -3 for Colombia).

Japan will get into the bronze game with a win or a one point loss to Canada, as long as Australia beats Colombia.

Canada can still make the bronze medal game if they beat Japan by at least two. They can also get in with a one point win and an Australia loss.

The only team eliminated from medal contention is Great Britain.

Here are some relevant links to help you stay on top of the tournament: