One Year Later: AUDL Owner Rob Lloyd On The League And Its Progress

January 15, 2014 by Charlie Eisenhood in Interview, News with 7 comments 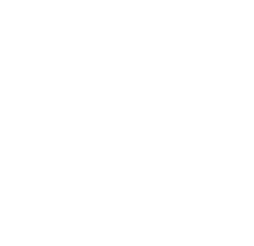 Just over a year ago, AUDL founder Josh Moore finalized the sale of the league to an ownership group led by Rob Lloyd, a high-level executive at Cisco and the father of Toronto star Mark Lloyd.

After a tumultuous first season that is remembered more for the league’s lawsuit against two teams than any on-field action, the first season under Lloyd’s watch was — relatively — a big success. While there were still a number of issues — mostly with individual teams — the year went smoothly, culminating in a Lloyd family owned Toronto Rush team taking home the trophy.

““We’re­ very proud of what we accomplished,” said Lloyd.

He spoke openly with Ultiworld about the league’s challenges, but said that everything was “headed in the right direction.” A big focus for the league this year is increasing the player talent; big signings in San Jose (Beau Kittredge, Ashlin Joye) and Washington DC (Alex Thorne, Tyler Degirolamo) have been the splashiest semi-pro moves this offseason.

Lloyd and the front office are also pushing owners to find the right venue, which has proven to be one of the most important factors in attendance and revenue generation.

“It’s hard to get a venue,” said Lloyd. “You need the right combination of a great location, concessions, and beer.”

More than anything, Lloyd is really enjoying himself. After getting involved “primarily” through his son’s love of the sport, he has become a huge believer in the future prospect of professional ultimate. It’s the little moments that make him believe.

“I saw it in the eyes of the home team and the visiting team when they saw 2,000 fans in the stands at the Toronto home opener,” he said.

Lloyd knows there is still work to be done. He is expanding the budget for video significantly this season and is strongly focused on improving team quality, which has hindered progress, especially on the east coast.

Lloyd continues to maintain a relatively low profile on the day-to-day operations, which are managed by Chicago-based Commissioner Steve Gordon. Lloyd is, as you might expect, busy running the development and sales side of Cisco.

He thinks the league is close to finding the sweet spot with its owners and staff — “blending together the passion for the sport and the business experience that it takes to drive the league forward.”

Comments on "One Year Later: AUDL Owner Rob Lloyd On The League And Its Progress"