The ABC’s Of Becoming A Complete Player

Becoming a complete player isn't about superior athleticism; it's about improvement. 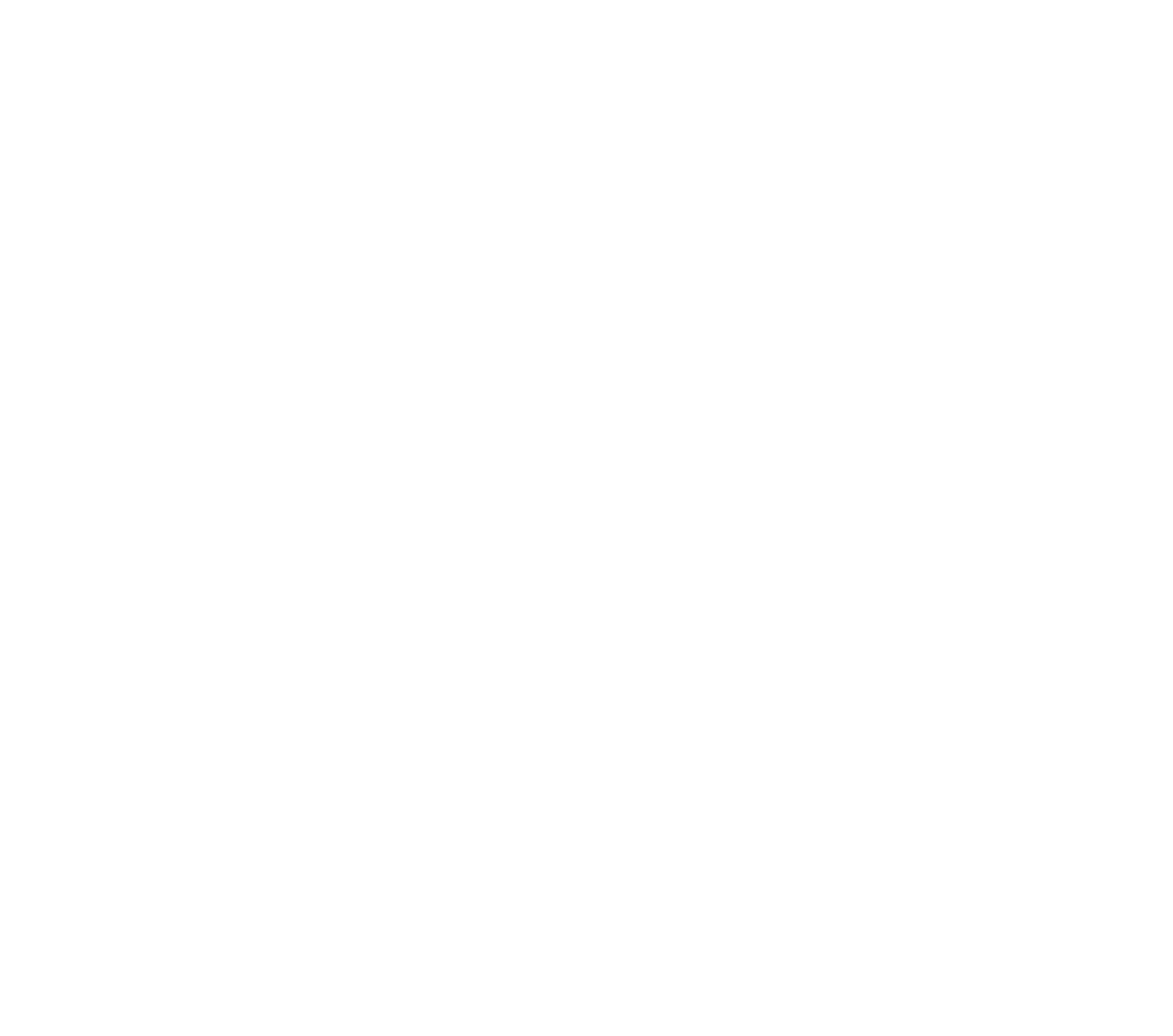 I find myself in unfamiliar coaching territory this month. Last year I was brought in as an assistant coach for the UMass men in March, so my season was short, similar to the nine-week high school season that I am used to.

This year I started with Zoodisc in the fall and attended both tryouts and fall tournaments. Our returners were joined by a promising and skilled bunch of new players, most of whom were unknown to me. We played in three Northeast tournaments and, although I had a good idea of what the team needed to work on, I was unsure about what each player thought of the team or needed as an individual athlete.

In my November article “28 Things to do in the College Winter Offseason,” I suggested that coaches “have mid-season interviews with [their] players. Ask a few questions about the team and themselves, but mainly listen.” It was time to take my own advice.

I met with most of our players individually for a half hour in December. The meetings were fun and productive and I learned more than I ever anticipated. I had a few standard questions but I mainly wanted to hear about what they thought about the team and themselves, on and off the field. Most were comfortable sharing their thoughts. Players told me what motivates them, what behavior is deflating, and how they best achieve. All of this is invaluable to a coach and I know I will refer often to the notes I took.

I also ate breakfast with some Amherst and National Ultimate Training Camp alums as they returned from college. Some are part of top tier ultimate programs; some are new captains or are already running practices as first-years. Their observations and challenges matched much of what my own players told me.

I thought about these meetings over winter break and the themes that kept running through these conversations. For UMass, I, along with our other coach Evan Johnson, began to formulate plans to help each player and the team define and find success. I don’t know how far these individual plans will take us but, at this point, it feels like an efficient way to attack the first half of the season.

I also thought about what I was looking for in a player. I have coached hundreds of players so far, all of varying degrees of athleticism, abilities, and attitudes. (There is going to be a lot of alliteration in this piece, so if you find alliteration aggravating and annoying, you may want to avoid reading further.) I do not search for a Perfect Player, as I believe that the quest for perfection is a trap. However, I do have a good idea of what ingredients I look for in a Complete Player.

Note: for those of you looking for a list of skills and physical attributes of the Complete Player, this is not that article. While athletic ability is very important, I have found through the years that those players who truly excel and grow are the ones who understand that working toward their potential, their elusive and ever-changing potential, is the journey that really matters.

I will start with the most important characteristic. On the field, the unaware players have trouble timing their cuts and often cut off their teammates. They don’t see poaches and they don’t know how the wind will affect certain throws. Some talk too much in huddles. As many of you know, this is one of my pet peeves, and players who are unaware of what they are saying or what their audience thinks do immediate and long-term damage to their team. If you talk too much and cover too many points, your team will learn to tune you out as soon as you start expostulating. Just look at their eyes.

Another challenge is the player who is consistently inconsistent on and off the field. They may be one of your most trusted players for one tournament and then turn it over like crazy the following weekend. They often cannot explain why that happens. This type of unaware player is difficult to help because you have no idea of who is showing up at any given moment.

All good things flow from the athlete who is self-aware. They are able to identify their weaknesses and embrace a coach’s suggestions. They can accept criticism and you never hear the defensive, “I know, but . . .” They are dedicated to improving their own athleticism and do not need to be cajoled. The attentive player can see the big picture yet attend to small team details. They turn in their money on time, answer emails, and know when the team needs a boost from the sideline. They can tell who is struggling on the team and figure out a way to help. This player has unlimited potential as an athlete and a leader.

We teach balance on both defense and offense: Don’t stand like a tree when you are on the mark. Don’t jam it up the sideline. Don’t get too close to the front wall if you are playing a wing in a zone. Make sure that the person running substitutions has a good balance of handlers and cutters.

But the most important balance on a team is the one that has to do with managing your life. I know that college is a time for students to figure out the life/work/entertainment balance, but I am not certain that this quest needs to be imposed on your ultimate team on a daily basis. The unbalanced player is consistently late, unpacks their excuses along with their cleats, and leaves early. They cannot focus at practice and they always borrow someone’s water. They may or may not show up to a tournament and they may or may not be injured. The unbalanced player can be toxic to the development of a team.

The balanced player, however, understands the importance of buy-in. They trust their team leaders. They do their best to attend every team event and can be counted on by everyone. No matter what type of team you play on, consistent buy-in from everyone makes the team experience better. If a coach or captain has to constantly implore players to show a bare minimum of commitment, this team will have poorly attended practices and will be the one who quits in the middle of a tournament.

The balanced player is also dedicated to being present mentally. It is not enough to just get your body to practice. You must embrace wholeheartedly what will happen in the next few hours. Engaging your mind in every drill and challenge will ensure that you get the most out of the experience. It is also a good skill to develop and bring to your studies. I know that this is difficult to do but the aspiring Complete Player accepts this challenge and all others that show up on their path.

We all know that the team that communicates well on the field will be more efficient. Each teammate should use the same language to give instructions and no player on the field should have more than one person in their ear. But before stepping on the field, teams should have meetings and communicate clearly about what kind of team they want to be. Efficiency is also important here, as almost everyone has attended a team meeting that was chaotic and unproductive. Team leaders should clearly communicate the purpose of the meeting and try to fend off tangents. Have an agenda and a time limit. Do not waste everyone’s time.

Players also need to learn to communicate with each other. I have no interest in micromanaging player interactions unless it becomes absolutely necessary. Otherwise, part of that journey toward adulthood involves learning how to talk to each other. Sitting down with a teammate and looking them in the eyes to discuss a difficult topic can be daunting and some players are not ready to do it. But we all know that this is an essential lifelong skill and giving them the opportunity to do this under your guidance is important.

I also appreciate the players who are willing to communicate with a coach. This is another learned skill and the coach is the one most responsible for making sure these channels are open. During our meetings, some players were a bit reluctant to speak up and I realized later that I should have given them some of the questions ahead of time. I also emphasized that this was just a first meeting and that I would be happy to check in with them throughout the season. I look forward to seeing how far they can go as a player and a team.

This is the first time I have ever held individual meetings with players. (I always wanted to at Amherst, but I only did that when someone was in trouble.) These meetings with Zoodisc felt proactive and a good use of down time this winter. I think they build trust, which leads to coachability, which increases confidence in both player and coach.

The Journey Toward Becoming a Complete Player

When I was a new teacher, I felt responsible for everything that went on in my classroom. Curriculum, bulletin boards, and every interaction between every student in my classroom were my domain. I had to be a know-it-all and was reluctant to admit that I didn’t have the answer to one of their questions.

As a new coach, I went through a similar process. I was unaware of when I was losing their attention, I demanded a dedication to the team that unbalanced some of their lives, and I tried to involve myself in issues that were not my business. To those players whom I mismanaged, this is my public apology. This pressure to be-all-things-at-all-times-to-all-people is exhausting and impossible and I am glad to be past it.

The process of these journeys, as cliché as this sounds, is what matters most. It is what sends me to ultimate websites each morning and has me consulting with ultimate friends as often as possible. It is why I draw and redraw practice schedules and why I write articles such as these. I cannot ask more of my players than I am willing to give.

Comments on "The ABC’s Of Becoming A Complete Player"