Two weeks of sessions on all the big and little things about teaching, training, organizational planning, and making the community the best it can be.

February 17, 2022 by Mags Colvett in Analysis, Opinion with 0 comments 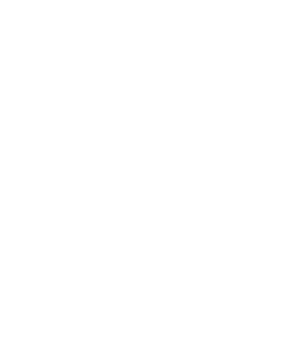 As the sport looks out with cautious optimism at what promises to be its first full year of play since 2019, USA Ultimate hosted their annual Coach and Organizer Convention in January and February. This was the second virtual convention since going remote in 2021, as well as the second year that the coaching and organizing sessions were split into separate weeks after a 2020 edition that combined both in a single on-site event.

The Organizer Convention was held January 27-30 (a Thursday through a Sunday), with weeknight sessions running from around 4:30 PM to 7:30 PM Mountain time and weekend sessions starting around 9 AM and concluding around noon; the Coach Convention was held February 7-10 (a Monday through a Thursday), with all sessions on weeknights starting around 4:30 PM and ending around 8:15 PM. Additionally, the Organizer Convention had a fixed registration fee, while the Coach Convention had options to register for individual nights or the whole conference (as in 2021, the first night’s EDI session was free and open to the public). Both were conducted over Zoom, and presenters made frequent use of audience questions and other interactive elements; many sessions also included small breakout groups.

Scheduling remote events is tricky, and both structures had their pros and cons. Generally, people tended to be most plugged in and attentive early in the evening or during the weekend midday sessions — even for attendees in Mountain or Pacific time, holding focus for multiple straight sessions after a work day can be a challenge. At the same time, the weeknights-only format of the coach conference avoids weekend conflicts with tournaments, tryouts, or extended practices, while the a la carte one-day-or-several registration option enables people to jump in on some sessions as weekday schedules allow.

Topics at the Organizer Convention ranged from high-level organizational strategy and governance to practical steps on developing coaching, youth, and community engagement pipelines in local ultimate scenes, with presenters and case studies from hubs like Seattle, Atlanta, Dallas, and the Triangle. Thursday’s “Tips on Recruiting, Retaining and Training Your Coaches” presentation from Ultimate Australia’s Dan Rule provided a helpful perspective on growing the sport in emerging scenes where experienced players are diffuse. Many presenters emphasized recruiting coaches with strong communication skills over high-level ultimate experience, as well as engaging existing structures and programs beyond the ultimate community through funding sources like AmeriCorps or distribution-ready curricula like Ulti-Mates.

At the Coach Convention, topics included season planning, fostering inclusive team cultures, communication and relationship-building between coaches and players, and pedagogical brass tacks like Amelia Cuarenta’s presentation on the psychology of training player behavior or Bert Cherry’s on physical skill development and integrating bodily feedback. Khalif El-Salaam’s “How to Instill Elite-Level Mixed Play into Your High School Teams” session was a welcome perspective on bringing the best of mixed ultimate to the youth level, especially in an age group where less-than-stellar experiences on mixed teams often discourage women-matching players from sticking with the sport.

The Organizer Convention’s “The BIPOC Experience with Spirit of the Game” panel, hosted by Ernest Toney and featuring Jasmine Childress, Christian Cortes, and Byron Liu as panelists, was a highlight of both conventions. Cortes and Childress each described coming to ultimate with backgrounds in other competitive sports and how their experience with the spirit concept has evolved through their ultimate careers. Cortes, a former Dallas Flash Flood player and current Stanford coach, came to view spirit as a refocusing lens for why he competes, not only to win, but to make the competition good for both opponents. On the other hand, Childress, a UC Santa Barbara standout (and soon-to-be 2021 Callahan winner), described spirit as “the sole reason I’ve contemplated walking away from this sport,” and more of an obstacle than an aid to good competition with space for both intensity and mutual respect.1

Though Cortes had also had more positive experiences with SOTG, he also emphasized that the language of spirit is often used to penalize non-normative behavior, especially for BIPOC players. I was struck by his observation that the way spirit scores “gamify” interactions towards a point-based outcome can incentivize teams to flatten out, discourage, or jump in to smooth over behavior from their own players that draws a negative reaction from opponents, limiting normal expressiveness or even healthy conflict on the field — in Cortes’ words, essentially another kind of “win at all costs” behavior, and a cycle that can hold back the quality of competition as well as the diversity of the sport.

Complementing that panel, the Coach Convention featured a session from USAU’s National Spirit Director Kate Kingery and Spirit of the Game working committee member Manisha Daryani on recent updates to USAU’s Spirit Score Sheet and other resources for teams and organizers. In the 2021 revision of the score sheet, the working group sought to revise out language that outlined spirited behavior according to a culturally relative norm. According to Kingery, they honed in especially on terms like “politeness” and “positivity” that could be “weaponized” against generally non-destructive behavior or communication styles, especially for players outside the white, upper-to-middle-class, American cultural mold that sets the tone for many social spaces in the sport.

The revisions are supported by a newly-developed guide for spirit captains that defines the spirit captain role more clearly and provides some frameworks to build a foundation of self-awareness, empathy, and strong communication within and between teams into spirit scoring and conversations. Even so, Daryani acknowledged that “at every level of this sport, this sheet [may] not be used in the ways we would like it to be used,” and both Kingery and Daryani emphasized the part coaches and organizers play in setting clear guidelines for implementing the concepts fairly and equitably.

Who Is This For?

It’s challenging to plan sessions that can provide helpful information to attendees with different levels of experience, as well as very different scales of local resources to work with — a first-year league organizer in a small town is going to have different questions than a lifer from a major ultimate hub. While people who’ve been to one or two of these things before will naturally hear some of the same questions and answers from year to year, generally speaking, I thought presenters did nice work presenting perspectives and facilitating discussions with potentially useful takeaways for a wide range of participants.

The remote format certainly has upsides for accessibility, especially for attendees with work, childcare, and/or other ultimate responsibilities that would make traveling to a conference less feasible. Meeting busy adults where they are increases the reach of these events, a meaningful benefit in a sport where interested and qualified leaders are often spread thin; at the same time, attendees following along via Zoom may not always have their hands free or a quiet environment for the audience participation components, especially in small group sessions. (I like breakout groups and think they were valuable here, especially in a setting where casual interactions with other participants are tougher to come by. Still, it’s a limitation that at a remote one-off event, people may have kids to feed or practice to drive to during your session times, and if a presenter or a small group is waiting on a real-time response from everyone in order to move forward, they may end up waiting.)

In addition to whatever assistance attendees receive from their home organizations (whether attending on behalf of a USAU affiliate or from a school or program budget), USAU also provides up to $1000 in fees for BIPOC participants (equivalent to 6-8 fully comped registrations) from the Delrico Johnson Fund. With travel costs out of the equation, the remote format also makes it more possible for USAU to level the playing field and provide equitable opportunities to a broader range of potential attendees. While there are tradeoffs to giving up an on-site event — particularly the informal networking and conversation with fellow coaches and organizers that happens outside a Zoom happy hour — I’m hopeful that USAU can maintain some hybrid elements in future conferences to make the information and connection-building more widely available.

Comments on "USA Ultimate’s Coach and Organizer Convention 2022: Takeaways from the Virtual Events"