Recapping the goings on of the WUL's first ever regular season weekend.

The Western Ultimate League‘s inaugural season opened up in Arizona with the Sidewinders Showdown, a four-game slate with four teams, three home games for the Sidewinders, and one neutral site match. It has taken years for the league to get to this launch point, and the exciting play in Arizona sets the table for what should be a fun season. While it was hard to know what exactly to expect, already it feels like there have been some surprises and more are in store.

Let’s take a look at some of the stories of the weekend, get the scores and updated table, talk Fantasy, and more. 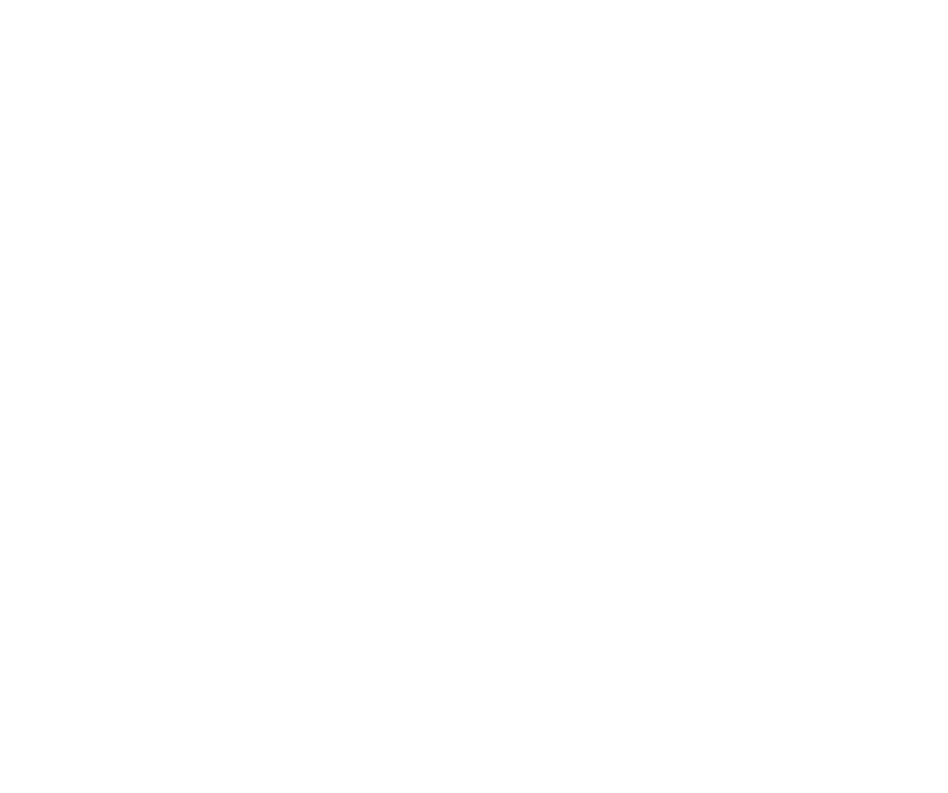 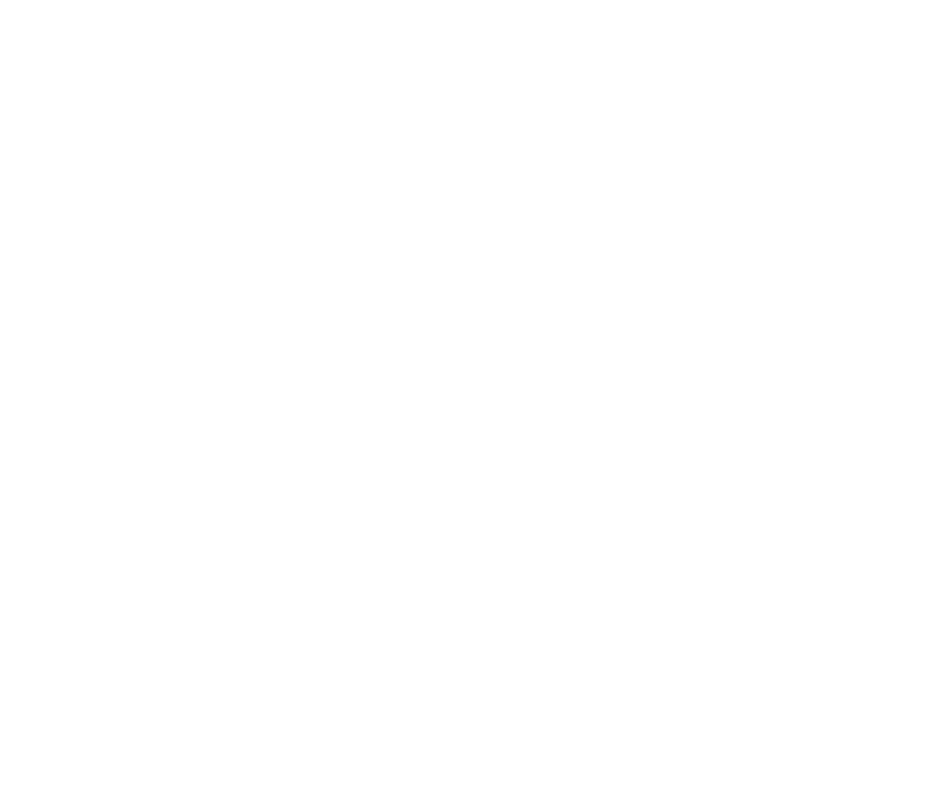 Sidewinders Show Up to Showdown with Speed

The host team played a game on three consecutive days, taking on each of their guests, and their 2-1 results were a resounding success for Arizona. They sandwiched their season-opening and weekend-ending wins over Utah and San Francisco, respectively, around a high-scoring loss to Seattle. While expectations for the league were highly variable, our own staff had Arizona, who went 0-2 at the Winter Cup, began the season at the bottom of our Power Rankings.

We didn’t account for just how fast the snakes could slither in their native desert sand. If you’re still having the doors vs. wheels argument, account for the robust collection of wheels on the Arizona roster. And that speed isn’t just track speed — the team plays with pace and assertiveness. It put Utah and San Francisco on their heels during those wins, pushing defenders into bad position and then outrunning them for gainers or deep looks.

The Sidewinders broke first against Utah to go up 2-0, and built up a 7-3 lead in the first after gaining possession with about a second left on the clock and driving in the quarter’s final play. The Wild fought back in the second, closing it to 8-7, but a run to begin the third quarter put the home side well in front on their way to the win. Karli Steiner’s five assists, Helen Eifert’s four goals, and Cynthia Thomas’s three blocks led the way for the Sidewinders.

Seattle‘s defense was the only one to take Arizona out of their game, blowing the game open in the second quarter behind a bevy of break chances generated. The Sidewinders lost offensive rhythm as they generously gave possessions away. The final quarter of play became a track meet as both teams raced the end zone for goal after goal, but the Tempest’s lead could not be approached. Ari Nelson, often the most valuable thrower for the Sidewinders D-line, and Steiner combined for 11 turnovers. Meanwhile, 15 of Seattle’s players had multiple goals or multiple assists, including Qxhna Titcomb, who piled up three of each.

Despite the Winter Cup and some other sparing occasions to play, this weekend was a bit of something new for the players and coaches. With that unfamiliarity came next challenges to which teams had to, and will have to continue to, adapt to. But the seams were visible this past weekend.

Clock mismanagement was a frequent problem for teams, who were testing out strategies for — or seemingly completely caught off guard by — the end of quarter possessions. There didn’t always seem to be a clear plan as to how to approach a quarter’s final moments and when a possession-oriented “last shot” stance needed to be adopted. Sometimes those mistakes turned into quality possessions and points for the other team, like Utah giving Arizona an extra chance in the first quarter of the opener.

In addition, the pace of play was high, in no small part due to the shortened stall count. Another rule that added movement was the pre-stall count, with players able to move for four seconds prior to some dead discs becoming live. The pair of rule changes caused common confusion, with players getting stalled — and defenders sometimes being lenient — and defenders getting caught flat-footed by moving opposition as play was reinitiating after stoppages.

Finally, there was no shortage of high-contact and potentially injurious plays. The Wild’s Kyra Khoroujnikova expressed displeasure with that on Twitter, and hoped players in the league can work to improve upon a safe playing environment. Other players chimed in. A few yellow cards were issued, and no plays felt extreme in nature, but the cards come with little more than symbolic disincentives. Perhaps the increased pace of play shortened decision-making windows or put defenders more out of position, but it is something to monitor going forward.

When Will The Falcons Take Flight?

It was a rough first few games for San Francisco, as they sink down the rankings despite their more-than-impressive collection of talent. Being in the stands might have provided a clearer perspective on what went wrong for a team that comes from a historically dominant ultimate city, but the easy answer is that they’re still finding their team identity and how that translates to the field. The more controversial call is that they may have also underestimated the athleticism and grit of their opponents.

Unfortunately for the Falcons, having such a diverse array of teams to draw from to make up the talent of their roster has meant that they have players from a variety of systems and offensive styles. Whereas squads like Utah & Arizona largely draw from a cohesive group of players who have already been teammates on past rosters, the Falcons have at least six different club teams represented on their roster. This has meant that there is more work that SF has had to do just to build a foundation, something that was apparent in their games. As the team continues to build into the season, there’ll be plenty of opportunities to see what they can bring when they’ve had a little more time together.

The other side of the spectrum is the voracious physicality and determination from the opponents they faced. Too often in their games, San Francisco attempted hucks into double coverage or tight inside flicks that were eaten up by help defenders. It’s not that they didn’t have the skill to get these throws off; it’s that they either overestimated their receivers, or underestimated their opponents. Utah and Arizona were impressively adept at swarming the deep space and pressure the center of the field. It was hard for San Francisco to gain any momentum because their preferred shots were always taken away.

They also struggled to prevent the fast break, leading to a number of goals against them that were the product of trailing defense after the turn. Arizona & Utah took those games, in no small part because the reputation of Bay Area teams makes opponents feel like they have something to prove against them. For SF, more reps together is definitely the solution, but they also have to establish themselves as physical threats that can pressure their opponents as much as what we saw from the Wild and the Sidewinders.

There was a lot to like from teams this past weekend, and we should definitely be focusing on the high level of play over every other narrative, but what’s even more exciting is that there’s still plenty of room to grow from all the teams we saw.

In their single game, Seattle appeared the most polished of the group, but that was more likely due to the talent of their individual players who were coming up with big plays regardless of an at-times messy stack and confusion downfield. Seattle also did a very good job of stretching the field the moment play started to break down for them, giving them an outlet as needed. Still, timing is a key factor of any elite offense, and Seattle was clearly figuring that out in-game, along with every other team we saw.

However, it’s important to emphasize that all the teams still looked good, and there hasn’t yet been a game where any roster looked hopelessly outclassed. In most instances, every fourth quarter had an opportunity to get very interesting, even if it often instead led instead to the winning team creating a larger lead off rushed shots & more desperate plays. However, as teams continue to develop their offense, we’ll see tighter end-of-game scenarios. The sign of new team chemistry issues –stall outs and mistimed throws — were there this weekend, but will almost definitely be cleaned up by the time we see these teams in action again.

The Sidewinders Megan Maxfield with a fantastic flying rejection.

After the first weekend of play, here’s our top 10 GMs:

Tyler’s lineup with five Sidewinders — including Nelson and Dietrich — jumped out to a nice lead, but he also had Han Chen. Unfortunately, Paige Kercher, Lexi Zalk, and Julia Butterfield all sat out this weekend.

Aubree has a six Sidewinders, including high scorers McLaughlin and Reich in the captain slots, powering a great opening.

And the top scoring players for the week1

With three games, it is no surprise to see Arizona populating a lot of the top 10. Despite putting up a gaudy scoreline, Seattle’s success was a bit too distributed for them to overcome playing just a single game. With turnovers not hurting players, Han Chen’s heavy usage earned her a top spot, joining her productive teammate Sally Mimms. Wallen, who scored four goals and earned three blocks, tied to lead Utah in both categories. But Lindsey Doyle led all scorers with six goals, five assists, and two blocks, despite being the only player in the top 10 scorers rostered by just a single GM.2

Since this is the first week, here’s a lay of the land for how things shook out for player selection and team construction.

Here’s the most rostered players:

The top three were big favorites coming in, in that order, no less. These are award-winning, Team USA selected, title-winning names. After that, however, there were a lot of options, and there’s a lot of exciting young talent on the list. It’s a bit surprising Kody Lippincott (18%, T-14th) or Kyra Khoroujnikova (14%, T-18th) didn’t fight their way into this. Arizona is the only team without a player here

Unsurprisingly, this list lines up pretty similarly to the captain rates. The top three remain the top three, with Elimelech (23%) and Helton (20%) are miles ahead of the rest of the field, though Titcomb (8%) is next in line. Khoroujnikova is the only player outside of the overall top 10 to post a top 10 captain rate, taking teammate Cori Bigham’s (who was only captained once) spot there.