Past Articles from AJ Klopfenstein 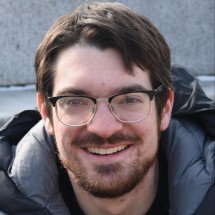 AJ Klopfenstein is an Ultimate player and AUDL referee currently residing in Chicago. After beginning his playing career with DePaul University, he has played for the club team Haymaker, helped organize the Ultimate Chicago Sandblast tournament, and joined the ref crew for the Chicago Wildfire. His hobbies include financial software engineering and video game development.