Past Articles from Martin Aguilera 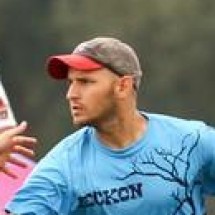 Martin Aguilera is the Assistant Coach for Paideia High School’s Varsity ultimate team (Gruel). He has been coaching for 11 years, starting in college at Georgia Tech, then Emory University’s Luna and landing at Paideia 5 years ago. He has coached at both college and club national and last summer was the Head Coach for the USA U-23 Mixed Team. Martin’s playing career started in 1992 at Paideia High School. He played college at Georgia Tech and spent his club career playing for multiple mixed teams, one injury-ended season with Chain Lightning and most recently Reckon (SE Masters).