Past Articles from Meredith Bray 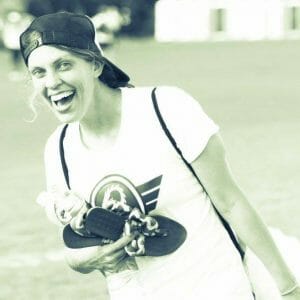 Meredith Bray made her first club ultimate appearance in 2013 with Madison NOISE, where she played for two years. After a final semester at Eau Claire (milking that eligibility for all it was worth), Meredith graduated with a degree in Illustration before moving to the Twin Cities and making her debut on Drag’n Thrust in 2015.