Past Articles from Tony Leonardo 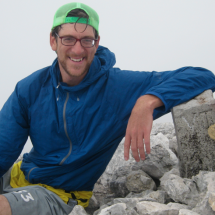 (he/him) Tony Leonardo is an author and ultimate historian who is currently working on the documentary film project The Accidental Sport. He is a broadcast announcer for the New York Empire, author of the tongue-in-cheek The Greatest Sport Ever Invented By Man, co-author of Ultimate: The First Four Decades and has written or commentated for Club Nationals more times than he can remember. He tried, and failed, to leave the sport many times over several decades.