MLU Executive Calls Ultimate The “Next Big Sport” In The US

Could Ultimate become the next major professional sport? The braintrust behind Major League Ultimate thinks so. Behind the scenes, MLU executives see their league as having the potential to be very important, despite having just a season of experience in the American Ultimate Disc League and an ambitious plan.

November 27, 2012 by Charlie Eisenhood in News with 2 comments

Could Ultimate become the next major professional sport?

The braintrust behind Major League Ultimate thinks so. Behind the scenes, MLU executives see their league as having the potential to be very important, despite having just a season of experience in the American Ultimate Disc League and an ambitious plan.

“This is what most of us feel is the most important thing that we’ve done,” said Nic Darling, the MLU’s Executive Vice President. “And we’ve done a lot of other important things. This is not a whimsical decision. This is a decision – to the continued frustration of our wives and friends – to devote ourselves to the next big sport in the United States. This is a real thing. We’re not playing around.”

Darling singled out the key thing that makes Ultimate as attractive as the top global sport, soccer, where you just need a ball. In Ultimate, Darling explained, “you need a disc, you don’t need anything else. That is a powerful, powerful thing.” 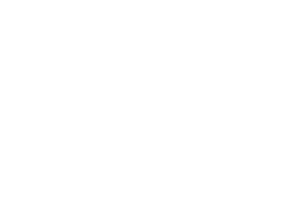 He believes the two professional leagues are setting into motion a paradigm shift in the sport. “When you make an effort to take a game from a participation game into a spectator game, the numbers change drastically,” he explained. “The key with any sport where you are attempting to draw in people to watch and enjoy and become vicariously involved in that sport is very different than getting people to participate in a sport.

“What we are saying that hasn’t been said loudly or strongly enough before is that this is a game that is played by increasingly athletic athletes and that is packed with exciting plays – very marketable.”

Despite the optimistic outlook, they will face a lot of challenges going forward. Their initial budget — $1.25 million — may seem like a lot (and, relative to Ultimate, it is), but upstart professional sports leagues are generally far more flush with cash. And excitement from the Ultimate community — as AUDL team owner Tim DeByl pointed out — will only get the league so far. Long-term success is contingent on a vast new audience unaffiliated with Ultimate.

But Darling says they understand that. “If you put it in perspective, the investment that we’re building in the first year of this sport pales in comparison to where we expect this sport to go,” he said.

“We have a very well-researched understanding of the expenses involved…,” he explained later. “Our confidence level is such that we are comfortable being in an incredibly bootstrapped organization…It’s a balance of sweat and cash. Our sweat-to-cash balance is at a pretty good ratio.

He summed up their sentiment succinctly: “We wouldn’t be doing this if we didn’t think that this sport couldn’t be the next big thing. And we really think that.”