The Best Of NexGen’s Kevin Minderhout’s AMA On Reddit

August 14, 2013 by Charlie Eisenhood in Interview with 8 comments 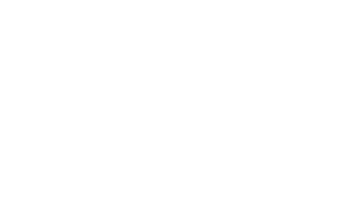 Yesterday on the social news site Reddit, Kevin Minderhout — the founder of NexGen and the NGN Network — answered questions from users in the Ultimate subreddit. We’ve collected some of the most interesting questions and answers (block quoted) below. Some have been edited for length.

How willing (or interested) are you in be a partner with USAUltimate in the future as opposed to a competitor?

[quote]I’m willing. It’s important to keep in mind that USAU is a business now more than ever. I don’t think either party is going to say no to a good deal, but their idea of a good deal right now is paying them thousands of dollars for limited rights to film USAU TCT events and no ownership of what we produce.[/quote]

What is the selection process like for the Nexgen players? Do you just go to the big college tournaments and watch the players? And I guess see who is on a big name club team and see if they’re still in college?

Also, is it just you selecting? or do you ask the current players who they think would be a could selection for the next year?

[quote]It’s not very democratic! Basically, selection comes down to my judgement, but what I’m looking for most is ability to compete at the club level. Several factors go into this: skill, athleticism, mentality and achievement come to mind. It’s one of the coolest parts of the tour for me as I get to act as scout and I scout in many different ways (a couple of which you mentioned.)

One thing that really cannot be understated enough is experience – either at an elite college or club program.[/quote]

What responsibility did/do you feel for the scheduling conflicts with U23 and the fact that players were forced to choose between two commitments?

[quote]Some. I did the best that I could to try and allow players to participate in both the U23 event and the Tour. Since hindsight is always 20/20, everything would have just been better if I’d scheduled the Tour from June 18 – July 19 and asked players to make a choice, but I didn’t want to give them that ultimatum if it wasn’t necessary. We’d also have had a stop in Colorado and I would have saved money by not having to fly back from Portland to Toronto. It was a manufactured conflict that came from USAU being unclear on what their ‘policy’ was.[/quote]

Do any players turn down invites to the Nexgen tour? Do you have to send out quite a few more invitations than you have spots on the tour, like the college admissions process?

[quote]Yes. Many more in the first season than the second two. Notable guys that turned down invitations from season one: Cassidy Rasmussen, Will Driscoll, Russell Wynne, Nick Stuart, Russell Wallack, Grant Lindsley, Tyler DeGirolamo and probably a few others in there. Last adds that year were Nicky Spiva, Eric Johnson and Colin Camp.

When I send out Tour invites I only have a maximum of 15 outstanding at a time and normally don’t have that many out until I’ve got about 9 or 10 confirmed players. I try and use those last few spots to fill gaps where my ‘must have’ players are lacking. This year it was the absence of a pure handler type, but there just wasn’t the depth at this position in the college game this year.[/quote]

How much of a role does youth ultimate play in development? I know some NexGen guys like Dylan Freechild and Alex Thorne played in middle school in high school, but I know other players started in college. How much of an advantage do the former high school players have?

[quote]It’s a big reason why the Tour has been successful set up such as it is. The amount of time you get to spend playing ultimate in Middle, High School and College is infinitely greater than in club. We’re at this perfect blending point where the top college players are among the best club players due a large part to the length of time they’ve spent playing and developing their skills. Would George Stubbs be as good as he is if he hadn’t started playing Chain at the age of 22 instead of 16? Of course not.

So much of success is about opportunity, so get out their and take advantage of it. If you don’t have ultimate as a varsity sport at your school, great, you’re not limited to only a single fall, winter, spring season. Playing as much as you can while you are young is massively beneficial as until we have true full-time professional ultimate players the time you have to devote to self-improvement slowly dries up.[/quote]

I noticed you may not run a 2014 Nexgen tour for monetary reasons. Would you consider running an ultimate community fundraiser to pay for the 2014 Nexgen tour similar to the one we had for broadcasting the World Games?

[quote]I’ve considered it and might still consider it, but the reality of the Tour it needs a lot more than $15,000. I haven’t sat down and crunched the numbers yet, but I’m feeling that $100,000 in revenue is somewhere around the point where the Tour becomes sustainable, so any fundraising campaign given performance this year is going to have be in the $40k range and that’s without giving anything in return for donations. Want to make the LIVE and VOD video free and we’re talking $60k.

Right now I feel like that’s just too much money to ask for.[/quote]

How do you feel about ESPN’s coverage of ultimate? What does it mean for the future of NGN?

[quote]I like it. Nice to be the one watching a game live for a change. ESPN hurts NGN. ESPN is big enough and USAU is willing enough that (certain gender equity stuff aside) anything they want they can have and they’re going to take the best games and consequently the highest revenue generators.

This was a big reason for why I ever even came up with my league proposal. USAU made it clear that name recognition was their #1 priority and I had no say in the matter.

What it means for the future is NGN must find ways to expand coverage without having it subsidized by top events, create attractive new top events like the West Coast Cup, go out of business or something else entirely.[/quote]

hey Kevin. I’m a big fan of NGN and and the tour. You have done an incredible job promoting the sport of ultimate, and I am very thankful for all you’ve done. How many people are involved in filming and announcing the games?

You’ve made a push to include the observer system at NexGen events. I really appreciate that, as I see it to be an integral part of what makes our sport different and unique. I think that an emphasis on the unique is what can really set Ultimate apart as the media market grows, but do you? Can ultimate get much bigger without looking more like other big league sports?

Follow up: Just as observers are a unique part of our game, so is our treatment of the Women’s game. How integral (or not) do you believe development of women’s coverage is to the overall growth of our sport?

[quote]My opinion is that right now at the elite level self-referring is not what’s holding ultimate back and it’s also not what is going to make ultimate more successful. Fans aren’t buying an officiation system.

At the youth level though it’s an amazing concept and a big sell to parents and school systems. It’s also just an incredibly cool thing. One of my favorite things about how most ultimate is organized is the level of ownership we must take over it in order to play. Self-officiating is a big plus here.

What we use at the top level of our sport though shouldn’t require we change our grassroots approach. That said officiation should not serve as a crutch to be disrespectful of good sportsmanship and fair play.

From a competitive standpoint I’d advocate that all serious top (teams ranked ~1-20) college and club tournaments should have some sort of observer over greater officiating system.

In general broad strokes I don’t see media coverage as a huge growth tool if we’re talking player population in either men’s or women’s division. It can hook kids, but I’m doubtful that it gets too many kids playing. I’d prioritize getting more girls teams started at the middle and high school level first and focusing on creating one or two high quality women’s only media events that you can then direct them to.

NOTE: For those interested I spoke with leaders in the women’s community about a similar event to the WCC for the top 5 or 6 women’s teams, but given the constraints of the TCT and the exhausting TCT talks the conversation was tabled. If I continue to organize WCC like events in the future this conversation will undoubtedly be resumed.[/quote]

How are you coping with the rigors of what you do? Do you find it to be a burden to attempt to remain solvent and run these enterprises in the face of seemingly unending obstacles (such as the lack of institutional support from USAU and the general unwillingness of ultimate fans to pay for shit)? I imagine that doing what you do could get quite soul-wrenching. Do you think you can keep it up?

[quote]The biggest stress for me is definitely financial and one that sometime can be very paralyzing. Nothing like draining $20-$30k from your bank account and a bunch of credit card debt and realizing you need to borrow $10k. I’m doing this with a reasonable assure that I’ll get it back. The real kicker has been trying to turn it into more. As I mentioned in a previous answer I’ve been making a lot of life decisions based on NexGen, which is something I want to be able to move away from (quite literally right now as I’m planning a move from the extremely affordable hideaway of Eugene.)

Adding another layer to the obstacle of simply making more for myself is that there are a lot of people that support the work we do either by straight giving (Kickstarter, housing us on tour), not taking (all the Tour club teams, local leagues who help us get the word out) or taking too little.

That’s a lot of people and a big reason why I haven’t considered another Kickstarter or the like. What I need is solutions for making all those contributions credits rather than debts, not bandaids. So while this is stressful it’s also what makes the job fun. I feel that what I’m doing demands solutions. Right now I happen to feel like a need a big one in order to keep it up, which is why I’m planning on suspending the Tour for 2014. It takes a lot of my time and energy and I see more long-term potential building solutions for general media creation than ones as specific as the Tour.[/quote]