Joining The Club: A Broadcaster’s Journey Into Ultimate 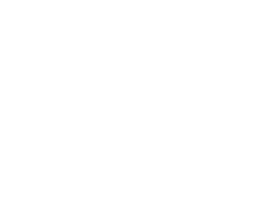 I just can’t help myself when a number I’m not familiar with shows up as an incoming call on my cellphone. I have to answer. It’s an innate curiosity, I suppose.

More often than not, that voice at the other end of that unknown number is a pre-recorded one, telling me I’ve won a free vacation. ::Click:: But sometimes, it can be a pleasant and unexpected surprise.

Back in May, I was sitting in my apartment and getting ready to head to work, when my phone rang and the area code flashed 860. “Connecticut,” I thought to myself. “I wonder who that might be.”

It turned out to be ESPN, asking if I had any interest in covering ultimate frisbee. “Sure,” I said, “but is there going to be an expert I’ll be working with? I don’t actually know anything about the sport.”

And that’s how I got started calling ultimate.

I had done some college basketball for ESPN the winter prior, so it wasn’t as though the call was entirely at random. However, I wasn’t aware at the time that USA Ultimate had entered into an agreement with ESPN to cover three major events. I wasn’t even aware of USA Ultimate, but that’s where my journey began.

I work full time as a play-by-play broadcaster for a Minor League Baseball team, the Fort Wayne (Indiana) TinCaps, and one day in May as I was helping a local sports anchor set up an interview with the team’s manager, we got to talking about my imminent ultimate experience. He said, “Hey, you know one of our weather guys is a big ultimate player and knows a ton about the sport. He even played in college.”

My eyes looked like a Vegas slot machine that had just landed on “$$$”.

My classroom session, if you will, for ultimate came at a Dunkin Donuts, with Jason Meyers, the meteorologist from one of the local TV stations in Fort Wayne. He played for Ohio Ultimate in college, and still has a great passion for the game. I filled page upon page of my legal pad with diagrams and terminology, as he uncorked years of knowledge that I was planning on absorbing and turning into broadcast-worthy information. He even brought a rule book and let me keep it.

It had been a while since I’d learned a sport from the ground up. Many of us in this country grow up learning about and playing basketball, football, soccer, and baseball. But ultimate? Not so much. I feel like everyone’s got a story as to how they started playing, but it wasn’t necessarily in a youth recreation league at age six.

For Suzanne Fields, an Ultimate Hall of Fame member who I had the pleasure of meeting in Frisco at the Club Championships, it was playing with men’s teams in Boston before forming Boston Ladies Ultimate.

Jeff Graham, a co-founder of Boston Ironside and current member of The Ghosts, first played in college when, on his way back from an informational meeting about the crew team at his college, he came across people tossing a disc and got hooked. It helped that the ultimate team didn’t practice at 5 a.m. like the crew team did.

My broadcast partner Evan Lepler began playing his freshman year of college at Wake Forest. Needless to say, having never played the sport, I had a steep learning curve.

Evan was — and still is — a huge help to me in mastering the intricacies of ultimate. As I told Ultiworld in June, I would ask Evan a lot of basic questions: Why this defense versus that one? Why keep an great offensive player on a D line late in a game? Things that, with years of experience having played and watched the game, most anyone would know. But I had to climb that mountain and do it quickly. Evan’s passion for the sport, for talking to players and coaches, and for being willing to teach me were all big factors in helping things go smoothly once we got on the air.

A big difference in covering ultimate versus covering other major sports is the dearth of information on the internet about players and teams. For the pro baseball, college basketball and college football games I cover, there are what we call game notes—a packet of information with stats, news, information and historical context for each team and player that help the media understand better who they’re covering and how that game fits into the bigger picture.

There are no game notes for ultimate. We get the team bio that is submitted to USA Ultimate for the tournament program, and depending on the team’s leaning (looking at you, Chain Lighting), those may or may not be informative…although they may sometimes be funny. Beyond that, there’s the coverage that is done by Ultiworld and other outlets, in addition to previews and recaps from USA Ultimate, and whatever may exist on team websites, which vary in how much information they provide.

Covering ultimate has been what I imagine it was like to cover sports before the internet was quite as useful as it is today. It involves phone calls to coaches or players, in-person chats at tournaments, and talking to folks who have seen things firsthand to get information.

That said, another major difference between covering ultimate and other sports is that the athletes in this sport are far more candid with their answers than most. If you’ve ever seen Bull Durham, recall the scene in which Crash teaches Nuke about dealing with the media:

Crash: “Of course it’s boring. That’s the point. Write it down”

Professional athletes sometimes find that the safe answer is better than the true answer. Never have I found that to be the case in ultimate. Why? Because during the week the athletes are physical therapists, investment bankers, teachers, insurance salesmen, children’s authors…you name it, and you’ll find someone in ultimate who does it. But the thing is, this is fun for them. It’s serious, but there’s not a paycheck riding on it. It’s not life or death—it’s a game.

It’s refreshing, as a broadcaster, to cover and interview players who understand what you do and know that you’re not looking to burn them or make them look bad. They’re just regular people who, in the three ultimate events I’ve worked for ESPN, have been appreciative of the media coverage.

I can’t tell you how many people have approached either me or Evan to say that they appreciated the coverage, which has always been incredibly nice to hear and I thank everyone that has said that. However, I also have always felt thankful to the people of the ultimate community for having me and being so welcoming, and giving me the access and information that helps me to do my job. The more I learn about the sport and get to know its vast history, I feel like I’m being let into an exclusive club, and I know that I’m just a grain of sand in the great universe that the sport has for itself.

In mid-October I took a trip down to Cumberland, Maryland, along with 11 other people, mostly co-workers, to start a 30-hour, 200-mile adventure that we would traverse on foot. It’s called a Ragnar Relay, and this one was from Cumberland all the way to Washington, D.C. Each runner tackles three legs, and you don’t rest until your entire team is finished. Not being a runner, this was a pretty big undertaking for me.

There was the athletic aspect of the competition, but there was also the camaraderie of the contest.

Each day at work we’d talk about what training we’d done the day before, or which routes were best to run in town.We’d, of course, talk about our nervousness over the upcoming run and what we all thought it would be like. Then, it came time to leave and we packed into two 15-passenger vans and made the nearly 12-hour trip to Maryland.

Bad brakes, bad music and even worse gas-station food characterized a lot of the time spent in the van. During the course of the race, we lost one of our teammates to dehydration (he ended up being OK), ran through the pitch black in the middle of the night in the Maryland countryside, drove through mountains and acted like maniacs. During the first of my three legs, a six-miler, I thought to myself, “Why in the world did I sign up to do this? I don’t even like running.”

I had that thought many more times throughout the race. But when the weekend was over, and we were all feasting on Chipotle somewhere in Ohio and sharing our stories, I realized it was worth it all along. It wasn’t the running that made me do it, it was the shared feeling of accomplishment between that group of 12 that made me enjoy the experience. We worked together, we suffered together, and now we could share those memories and stories together, too.

I see the same thing in ultimate. Granted, I’m sure people enjoy the sport much more than I enjoy running, but there’s something to be said for sleeping eight to a hotel room, or renting a lake house at Lewisville at Nationals like some teams did. They’ve trained together, done track workouts, practiced in the biting cold or blistering heat, and now are able to reap those benefits on the field. Or, if things don’t go so well, at least they can party together in the lobby of Frisco’s Comfort Suites. Nevertheless, through my own weekend-long experience of running with a team, I started to get an idea of what type of bond ultimate teams share with one another.

The first year of ultimate coverage on ESPN was a blast. I learned a ton, met so many great new people, and traveled to places I’d never been before. I also worked with great people, one of whom was Tom Domer, our broadcast producer for both the College Championships in Madison, and the U.S. Open in Raleigh. Tom passed away suddenly in July, which shocked and saddened everyone who knew him. It was because of his hard work and dedication that the initial ESPN broadcasts were such a success. I can’t thank him enough for helping me get started with ultimate, and for the steady hand that he provided.

I look forward for what’s to come for the sport and how it will grow as its presence grows through broadcasts of the sport and from the proliferation of the sport at the youth level. Thanks to everyone who helped me learn the sport and come to appreciate not only its entertainment value, but also its unique culture of respect and sportsmanship. Like that curiosity that made me answer the phone back in May, ultimate keeps me coming back wanting to learn more.

Now, I’ll be spending the next several months trying to learn how to throw a flick if anyone is looking for me…

Comments on "Joining The Club: A Broadcaster’s Journey Into Ultimate"