The newest Division in the AUDL opens this season down south.

April 9, 2015 by John Phillips in Preview with 5 comments

What to make of the newest AUDL division? The AUDL South features some familiar players, as the professional game has finally placed franchises in ultimate hotbeds like Raleigh and Atlanta. And at first glance, it looks as though these teams will overpower the rest of the division.

The Raleigh Flyers and the Atlanta Hustle look destined to take the top two spots and duke it out in the playoffs. But the Jacksonville Cannons, the Nashville Nightwatch, and the Charlotte Express all bring aspects to the table that could upset the expected order.

The Flyers bring the perfect mix of past professional ultimate experience and a batch of players who have played together at the club level. Raleigh, unsurprisingly, has 14 current or former Ring of Fire players on its roster, and that’s a big reason for the excitement surrounding the team heading into its inaugural season. Ring has the club pedigree that has proven to be important at the professional level, finishing third at Nationals last year. That alone may not lend itself to success immediately at the professional level. However, taking into consideration that the likes of Justin Allen and Noah Saul have already played in the AUDL last season for the New York Empire, the idea that the Flyers will be a force to be reckoned with gains more merit.

Saul and Allen’s pro experience will matter less in the long run than their ability to take over on the field. Last season, the duo combined for 121 points. The Flyers will also have a wealth of experience leading them, as Dennis Tarasi, Brian Casey and Joey Cretella – all of Ring fame – will captain the squad. Look for the Flyers to spend the start of the season figuring out how their patented tough defensive intensity can fit into the professional game, where scoring often trumps defense.

Overall, Raleigh should be expected to succeed in the AUDL South, as the mix of sheer talent with the sense of togetherness the team is sure to bring will prove to be the difference.

It’s only natural (or strategic, from the league’s perspective) to have Atlanta play Raleigh to kick off the AUDL’s ESPN3 slate, as on paper, the division champion is likely to be one of those two squads. Just like Raleigh and Ring, Atlanta features a strong influence from local club team Chain Lightning. 11 players from Chain’s 2014 roster join the team, as well as long-time Chain star Dylan Tunnell, one of the most cerebral minds in the sport.

While most teams take time figuring out the best way to use the wider field, expect the Hustle to play a style very similar to Chain, in which the deep shot is often considered the correct decision. It’s been documented how Chain gets good looks downfield at the club level, so it will be interesting what different tactics the Hustle will be able to use at the pro level to attack deep. Having Tunnell on the roster will allow Atlanta a reliable handler on offensive points to make use of the wider field with creative throws.

We’ll learn a lot about how the South division race is going to go from the first contest between these two teams, but regardless of the outcome, expect Atlanta to be able to use its offensive firepower to stay near the top of the division standings throughout the year. 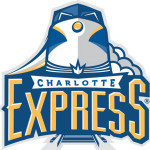 Ken Porter is the big draw for the Express as Charlotte heads into its inaugural season, as he is not only a top-notch athlete who fits perfectly into the Express’ aim to have strong, quick disc movement on offense, but he also has playing and coaching experience in the AUDL with the Detroit Mechanix.

Rather than having to move to Detroit to participate in the AUDL season, however, now Porter can play in his home state, with a few Ring teammates – Micah Hood and Shane Sisco – who opted to play with him on the Express rather than join the bulk of the roster playing for Raleigh. In addition, the Express have brought in talented young players from around the region, including Kyle Silva (UNC Asheville) and Sam Lee (Elon).

It is hard to see Charlotte as in the same league as Atlanta and Raleigh, but there is enough speed and enough savvy on the roster to think that the Express can pull off a few upsets along the way. 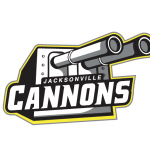 While Jacksonville is not a tradition ultimate hotbed, it does have the benefit of being close to a bevy of collegiate ultimate talent – both past and present – and that’s exactly where the Cannons looked when constructing their roster.

The team is young, and that may keep it from competing with the likes of Atlanta and Raleigh, but in terms of sheer talent, it appears that Jacksonville can play with anyone in the conference. They will be the tallest and perhaps most athletic team in the Division. Jacksonville will try and steal a few games by controlling 50-50 discs, and expect the Cannons – like the Express – to win a few games that they aren’t favored to win.

While the other four teams in the South have some natural strong club and college talent to pull from in the area, Nashville sticks out like a sore thumb. That’s not to say that the team doesn’t have experienced players; they do. The three captains of the team each have professional experience. Andy Barnhart played with the Detroit Mechanix and stood out as a defensive stalwart, Kevin Terry played for the Rumble in the MLU, while Matt Gallin used his size for the Spinners. In addition, three players – Nick Peppers, Frank Strasser and Tony Cain – come to Nashville after playing for the Cincinnati Revolution. However, that’s the amount of experience that this team has, and none of those players – besides Barnhart – were stars on their former teams.

That’s not to say that the other players on the roster won’t make a splash as the season goes along. The Nightwatch should look towards the Indianapolis Alleycats for the model of how to build a team without big-name players. There is a way to build a strong professional team without having a strong club presence, but when a team is built in that fashion, it will take time for the squad to grow.

This division is going to be fun to watch. All the storylines are there – from nearby opponents in Charlotte and Raleigh to which squad with strong club ties can excel at the professional game. In addition, Raleigh, Atlanta, and Jacksonville will all bring a toughness to the game that may overtime come to define the AUDL South. Look for plenty of hucks, a ton of high-scoring games and a few games to get chippy.

When the dust settles, Raleigh and Atlanta should grab the two playoff spots that come out of the South. The experience of the players from Chain and Ring should prove to be too much to handle for the other three teams in the league. The regular season division champion will be decided by games played between these squads.

Jacksonville and Charlotte are each interesting in their own way. The Cannons have plenty of firepower on offense, and in games that lean towards the physical side, they should have the advantage. Meanwhile, Charlotte’s speed may prove effective on the large field, and if the Express can develop a strong offensive system, they will be tough outs in any contest.

Nashville looks to be the odd team out, as its roster just doesn’t have the big names that the other four teams in the conference have, but what will be interesting to see is whether the Nightwatch can make strides over the course of the season even if they don’t have the wins in the win column to show for it.

While lacking the star power of the AUDL West, the South Division will feature strong games throughout, and both Raleigh or Atlanta could make noise come playoff time.