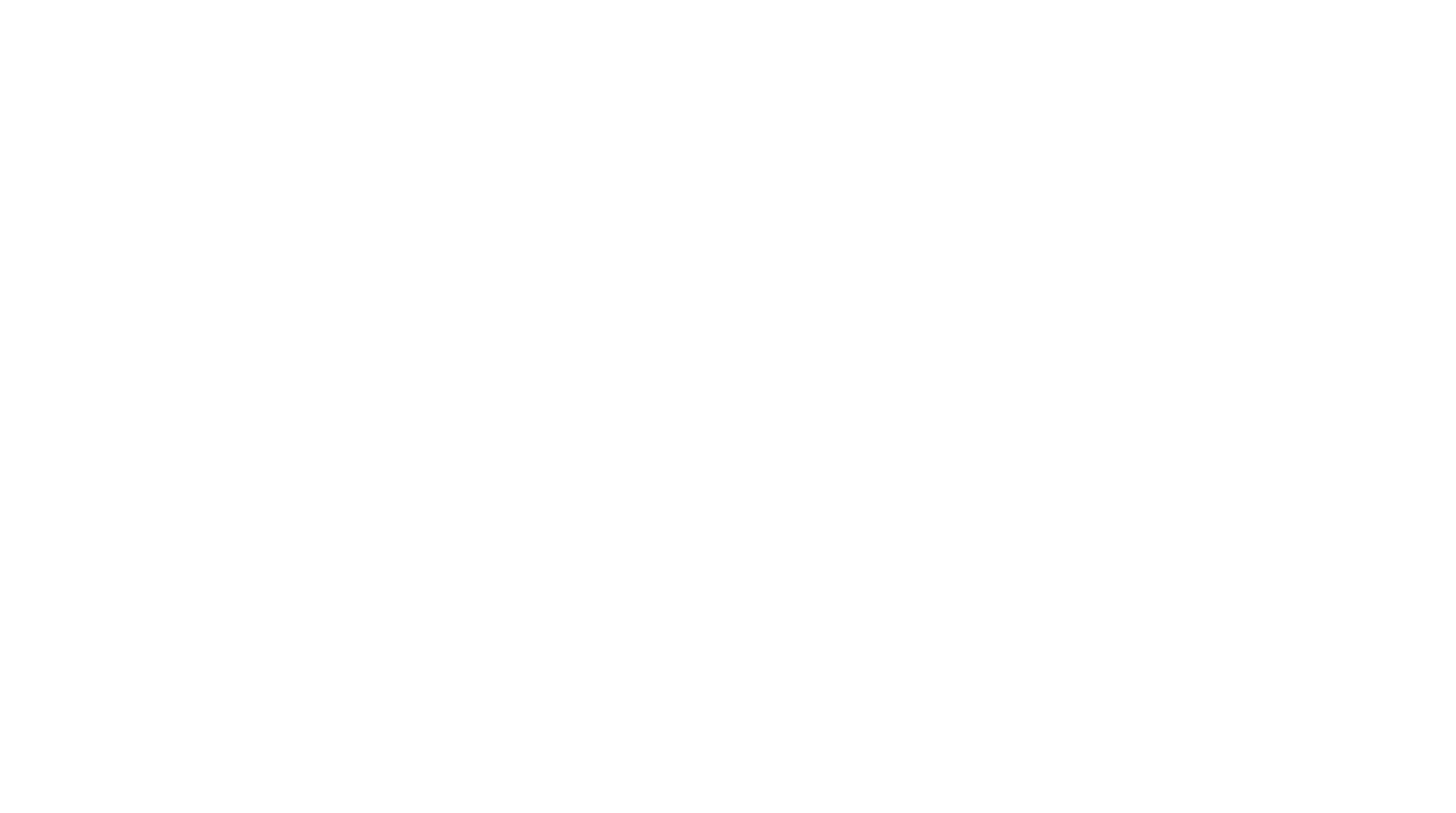 The 2015 Asia-Oceanic Ultimate Championships were held last weekend in Hong Kong, and the Open Division final between Japan and Australia was an instant classic.

With just four players from the recently announced Dingoes team, this won’t be the Australian Open team we’ll see in London next summer. They squared off against a more familiar Japan; although Japan was missing two big-hitters in Masahiro Matsuno (getting married apparently) and Masashi Kurono, they were nevertheless quarterbacked by Yohei Kichikawa — probably the world’s best thrower — and featured a combination of experience and youth, with a heavy presence from the 2013 Under-23 team.

Australia’s deep game was on point for most of the game, and Japan had little answer for the height and athleticism going away. The Aussies were extremely confident in their deep cuts, throwing deep even when their receivers were not open. Meanwhile, Japan mostly relied on short, sharp movements and deceptive handling; this was a beautiful clash of two different styles.

Australia ruled in the air for the first few points, pulling the disc down in traffic on offence and knocking down a long throw from Japan that sat too much, giving the Aussie D-line a shot at an early break.

Stuck in their own endzone, Australia nearly threw a Callahan which went back on a foul, only to under throw a short lead pass immediately after checking the disc back in, which Japan quickly punched in for the hold.

Australia showed off some phenomenal deep throwing in the next point for an easy hold, but Japan couldn’t match that efficiency and coughed up the disc again near midfield. Australia immediately launched it deep and the receiver caught it in stride for the first break and the 3-2 lead. Japan tied it up at 3-3 with a beautiful deep shot of their own from Kichikawa, then Australia shot deep again, this time bobbling the catch but connecting nevertheless, to regain the lead.

Australia came down in a 2-3-2 zone, leaving a big gap in the middle which the Japanese handlers exploited with their trademark fast forehands until Australia pushed them to the sideline where they cleverly double teamed the thrower during the transition, preventing any quick movement while the out-of-position downfield defenders got organized.

It worked. Japan fired deep with one of their trademark throws, but it was too far in front of the receiver. Australia attacked deep again, but dropped a high pass, then Japan over shot a deep cutter again. Australia wouldn’t need another chance. They came out in a side stack and bombed a 60m flick for another break to go up 5-3.

Australia showed zone again on the ensuing point and seemed to do a good job of containing downfield, but Japan chipped away until the transition, then ran a perfect handler weave set but inexplicably dropped a scoring pass in the endzone. Australia punted again, this time to a clearly not-open receiver. Japan got into a flow but their score came back after a travel call. On the check in, Yasuo Takahashi threw straight to a poach.

Australia burned a time out, then run a few quick give and go moves directly downfield before floating one up to birthday boy Mark “Woodley” Isherwood for the sky and 6-3 lead. Japan held on a superb break before Japan flashed a zone for the first time. It caused Australia no problems: they shredded the zone with an array of scoobers, hammers, and blades. Unfortunately for the Aussies, the final pass was dropped in the end zone and Japan capitalized, holding for their first break and bringing the score to 6-5.

Japan switched up their defence on the next point, running a loose mark with a slight downfield poach to prevent those give and go moves that were so effective in the previous point, but Australia took advantage of a loose mark to throw a pinpoint deep shot and go up 7-5.

Australia came down with a more conventional junk look with a switching setup (the near wing joins the cup when the disc is on the sideline while the off-point from the cup drops into the middle of the field). This reduces the amount of distance that the cup players need to run and helps to protect the corners of the endzone. You can clearly see the wing players switching roles here.

Japan score anyway and counter with their own zone set: a “man at the back, zone at the front” that stops the Aussies getting free deep. The zone doesn’t stop Australia scoring on a “was it for him?” break throw. Up 8-6 with a chance to take the half, Australia again plays their junk but Japan highlighted their throwing prowess with a deep shot in a very narrow channel. Australia responded with overheads to take half 9-7.

Japan started on defense to start the second half with a more aggressive and conventional zone, putting more defenders near the disc in an effort to slow down the handlers. They transition at half field and got a freebie when the disc slipped out of the hands of an Australian thrower. The teams traded layout blocks until Japan hit a streaking deep cutter for the break to bring the game back within one. Australia threw it deep into a pack again, again bobbling the disc but holding on for the 10-8 lead.

Japan run some textbook Cyclone offence (see clip below; watch #0’s crossfield movement after collecting the dump) against Australia’s man D, finishing with a questionable crossfield throw that Australia nearly got a hand on. The next point, Japan came down in zone again, which the Australian handlers easily handled until a predictable lead pass was picked off; Kichikawa took over and scored to tie the game at 10-10.

Australia showed more patience in the next point, working it methodically against the zone, then tossed up a push pass for the score. Japan threw straight into a poach on the following point and Australia scored on a fantastic around break throw through a foul to go back up 12-10.

Japan went back to their textbook deep throwing to score on offense, and when Australia punted a jump ball, Japan put up a gorgeous deep throw — despite it being an obvious travel — that was caught uncontested to tie the game 12-12.

On offense, Australia went deep, again to traffic, but when the intended receiver mistimed his jump, it was up to Isherwood to save the day with a backup, over-the-shoulder layout grab, a truly spectacular play suitable for the occasion.

Australia brought some stifling man D on the next point but couldn’t maintain the pressure for long; Japan’s handlers were able to repeatedly get free on the open side for easy passes and scored at the front cone to bring the game to 13-13.

Australia worked through the loose Japanese zone with a combination of scoobers and give-go moves until they threw right into a poach, but Japan gave the disc right back and Australia regained the lead temporarily. Japan’s patience and ability to work the break side yet again, though, led to an easy, open side give-and-go move to score at the front cone and again even the score.

Japan used in a zone transition and got a huge block on a high disc, then picked up in their own endzone and went the full length of the field in three quick passes to take their first lead, 14-15.

Japan kept Australia pinned near their own endzone; they eventually hucked into a crowd. Although the receiver got up early, the disc was dropped. Japan, surging with confidence, quickly moved into the red zone where Australia managed to hold them up briefly before Japan scored on the open side front corner, again, to make it 14-16.

Despite leading for most of the game, Australia was now faced with the need to score three in a row to win; they manage to hold onto a tricky blade and convert. 15-16, game to 17. The Aussie D line has been rested a while now and they raise the intensity dramatically, pinning Japan until they throw deep down the break side channel, over throwing the speedy #24. Australia, with the chance to tie the game, showed extreme patience then inexplicably floated the disc into a crowd where the receiver this time managed to make a tough read, box out the defender, and make the layout trailing grab to bring the game to 16-16, forcing double game point.

Things got even more exciting when Japan turned it over going deep and a huge layout bid sent #24 off injured. Australia got the disc to halfway before a miscommunication gave it back to Japan, who attacked with a fast break and walked the disc in for the win.

Fittingly, it was Kichikawa throwing a short pass to the open side, front cone, for the Championship.

Watch the full game footage below: