Indy's got a shot at the #1 seed in the Midwest!

Even as the league’s top four ranked teams went a cool 6-0 last weekend, there was plenty of drama around the AUDL as Indianapolis finally got a win over Madison, New York fell to fourth in the East, and the playoff race started to heat up.

0-16 against Madison in franchise history heading into the weekend, the Indianapolis Alleycats finally ground out a win against the Radicals.

Sure, Madison was short a ton of starters. Yes, the game was played indoors at Indy’s new field. Indeed, it was the second game of a back-to-back. You can find plenty of excuses for the Radicals, who will remain the clear favorite to win the Midwest.

Sometimes, in the past, it felt like Indy didn’t have the belief to beat Madison. Their star players would evaporate. Collectively, they couldn’t put together their A game. Perhaps that will change. Maybe this gives Indy the sliver of light they need to challenge the Radicals in the postseason.

We’ll get a sneak preview next Sunday when the Alleycats travel to Madison for a game that could decide which team will get the #1 seed in the Division!

Toronto Reminds Everyone the East Still Runs Through The Six

After dropping its first game of the season to the D.C. Breeze in an overtime thriller last week, Toronto responded by picking up two convincing wins this weekend.

The Rush cruised past Ottawa 27-17 on Saturday. Thomson McKnight and Andrew Carroll each tossed four assists to pace the offense. Carroll, per usual, was a superstar, also tallying four goals, tied with Nathan Hirst for most in the game, and a block. On the other side of this matchup, it was a tough game for Outlaws handler Derek Alexander. Alexander entered the contest with 23 turnovers so far this season and a 94 percent completion rate. He finished the Toronto game with eight throwaways and a completion percent of just 84 percent.

The weekend only improved for the Rush as it put the division to bed. Toronto comfortably beat the Empire at home 25-18 and clinched the #1 seed in the East2. With a strong finish, they could claim the #1 overall seed in the league, potentially setting them up for an easier semifinal matchup.

With a back-to-back road trip this weekend up north, the Empire quickly went from in control of second in the division to on the outside looking in at the playoffs. New York is just a half game behind D.C. and Montreal, but the Royal picked up a head-to-head victory in this week’s AUDL Game of the Week, 26-22.

Montreal came out firing against the Empire, building a 6-3 lead in the first quarter that probably could have been larger. The Royal forced New York under and made them attempt tough upfield throws. The wind in Montreal certainly made this strategy effective as New York simply threw away some early resets and questionable hucks.

A hold and a break opened the game up to 8-3 before New York finally showed signs of settling in. The Empire earned its first break of the game to bring the deficit to 12-9. The Royal held for half 13-9. Although New York looked like it had found its rhythm offensively, the team showed no signs of slowing down the Montreal attack.

The two teams traded points for most of the third quarter, but Montreal hit another gear in the final period. The Royal opened the 4th with a 3-1 run to push the score to 20-14. New York completely lacked energy during the run, making it easy for the Royal to create on offense without much resistance. The Empire did steal back a break in the final moments, which could be crucial to point differential at the end of the season, but it was much too little, too late.

New York is now 0-3 on the road this season. With four road games left. Yikes.

With Beau Kittredge on the roster along with other star players, on paper, the team should be great.

Jeff Babbitt, Beau Kittredge, Ben Jagt and Marques Brownlee should be an absolute matchup nightmare for every team they play. All these players have suffered injuries this season, but they all were available this weekend. I don’t know if there’s ever been a defensive line with the size and speed necessary to matchup with these guys, listed at 6’2″, 6’3″, 6’4″, and 6’6″. Is it a case of too many mouths to feed? Can coaching not maximize the talent? New York has seriously underperformed this season. The talent on the team still makes them contenders to make Championship Weekend, but they have their work cut out for them.

Uncertainty Abounds In The Midwest: Playoffs?

Mark your calendars for the end of the month, because that’s when things are going to get serious in the Midwest. The Madison Radicals have a bye before a five day stretch that will decide their season. After a loss in Indianapolis, they will return home to the friendly confines of Breese Stevens Field, where they will play Indianapolis on June 30th and Minnesota on a rare Tuesday night game on July 3rd. Let’s hope Minnesota’s players have already taken Tuesday off from work, because the Midwest is shaping up to be an extremely close race.

This felt like it was coming. The Radicals had been dodging haymakers across the division for a while. Their last comfortable win was May 19th against the Wildfire. After getting stomped by Raleigh, they’ve played close games against Minnesota, Chicago, and Pittsburgh. It finally caught up to them in Indianapolis. Despite never beating the Radicals, Indianapolis wasn’t scared. They came out strong and snapped the 16 game losing streak with a late score and strong end of game defense.

Here’s where things stand in the Midwest: 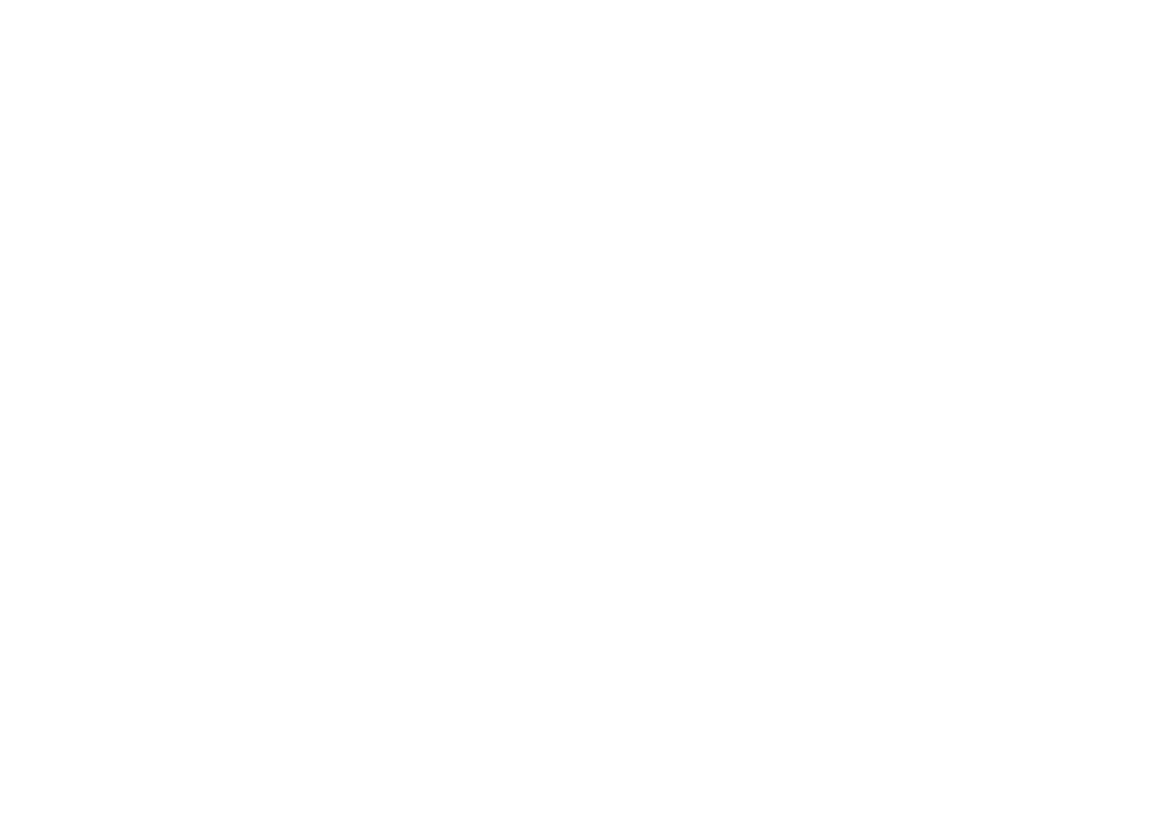 The Radicals are trending downwards, but should probably be viewed as the favorite going forward, just because they have the strongest home field advantage in the game. They’ve locked up a playoff spot, but they aren’t good enough to feel good about a road playoff game in Indianapolis or Minnesota.

The Alleycats are trending upwards, but they hadn’t beaten anybody with a winning record until last week, so we still don’t really know how good they are. Can a young Minnesota team come into Indianapolis and beat the Alleycats on their own (indoor) turf? Will the Alleycats experience outmatch the youthful talent from Minnesota? Can Indianapolis beat Madison in Madison? Can Chicago play spoiler?

Minnesota’s fate is in its own hands. They made easy work of Indianapolis at home and have lost two games to Madison by a combined score of four points. They keep adding depth, with a new University of Minnesota player being added to the roster seemingly every week. Rumor has it we’ll see star handler for the U-24 National Team Codi Wood before the end of the season too. Can Minnesota steal the spotlight from Indianapolis and get first in the division? There’s still a chance.

A disappointing season has Chicago on the brink of mathematical elimination from the playoffs. One of the most talented teams in the division when everybody is playing, Chicago was seen before the season as the obvious third playoff team from the Midwest and a sure-fire contender to take Madison’s throne. Now, they’ll need to get hot and win just about every game the rest of the way and hope for some help from the other teams. They aren’t out of the race, but it’s close.

In the final installment of the Bay Area Series this season, the San Francisco Flamethrowers took the victory over the San Jose Spiders 21-17. Neither team led by more than one in the first three quarters, but San Francisco started the 4th quarter on a 3-0 run and iced the game with a break in the final minute.

The Spiders did not help themselves by throwing a lot of turnovers, with seven players ultimately responsible for at least three. While they were able to hang throughout much of the game, it never looked like San Jose had an extra gear that they could turn on to claim the win.

The Flamethrowers now have a half-game lead for the second playoff spot in the West and have the crucial tie breakers over the third place Spiders (and don’t play them again this season). The Spiders, though, have the slightly easier schedule moving forward, with only one game against division leader Los Angeles (the Flamethrowers have two) and two against Seattle. The Flamethrowers also play Seattle and San Diego once each setting up a tight contest for the last playoff spot in the West and a likely showdown with LA for the right to go to Championship Weekend.

The permanent headline could just read “Los Angeles pulls away for the comfortable victory.” With few exceptions, that is how their games have gone this season. The Cascades flew down to LA to test themselves against the consensus best team in the West on Saturday night.

The Aviators broke on the first three points, including a marathon five-minute opener, and expanded that lead to 13-6 by halftime. Seattle had no chance.

Sean McDougall continued his breakout season, scoring seven goals while Sam Plasman led the team with a +8, including six goals and three blocks for the D-line.

Los Angeles has all but clinched first place in the West with an 8-0 division record (8-2 overall). They still have tough games ahead but look like far and away the best team in the West.

Seattle continued its journey south to San Diego where the Cascades pulled ahead at the start of the second half and held on to beat the Growlers 27-25.

Zeke Ivers was the standout performer for the Growlers, totaling five goals and six assists, but the entire team put out a solid performance. They weren’t able to unlock the Cascades, though, who used timely bursts of energy to pick up the win in the second game of their back-to-back weekend.

Neither Seattle nor San Diego is out of the playoff hunt, but both probably need to run the table to make it. Each has picked up impressive wins this season, so they can’t be ruled out, but they’re much more likely to play spoiler the rest of the way.

Dallas got a pair of wins on a back-to-back road trip as Raleigh obliterated Nashville at home in South Division action this weekend. Not much to see here.

These two teams are destined to meet in the South Division final, and it should be a good one. They split their season series 1-1, with the road team winning both contests (and neither game proving to be particularly close). But certainly Dallas will be glad to claim home field advantage in the playoffs — they close out their season with three home games against Nashville, Austin, and Tampa. It would be a surprise if they didn’t win out and finish 13-1.

I had the distinct pleasure of sitting in 95 degree heat, plus humidity, while watching the Wind Chill absolutely dominate Detroit. I want to commend the Mechanix for playing hard, never quitting, and playing hard. Despite multiple heat related injuries, a short roster, and luck clearly not being on their side, Detroit played on and didn’t give up. They got beat badly, but they played until the final whistle.

Detroit needs to find a way to improve in the coming season. If Pittsburgh can harness some of its city’s talent, Pittsburgh will be back in the playoff hunt as soon as next year. I don’t know where Detroit’s talent is going to come from, but they’ll need to figure something out sooner rather than later if they want to compete at all.