Past Articles from Eric Williams 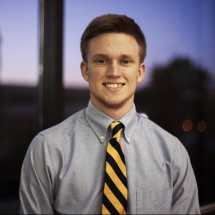 Eric Williams is a youth reporter for the Southern Region. His passion for youth ultimate began his senior year of high school. Eric flipped from playing in high school to coaching his alma mater, Independence High School, for four years. He plans to graduate by the end of 2016 from the University of Tennessee-Chattanooga and pursue becoming a full-time, multi-media journalist for the sport of Ultimate.