Past Articles from Liz Gates 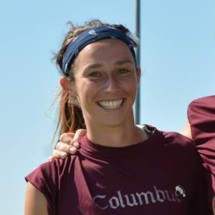 Liz Gates has been playing sports her whole life, and finally found ultimate in highschool in Cincinnati. She played for Ohio State Fever and won the national championship. She has also played three seasons of club mixed in Ohio, and most recently joined a mixed team in Iowa.