August 23, 2012 by Charlie Eisenhood in News with 0 comments 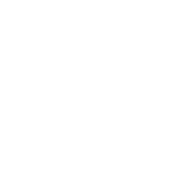 Though we did go through a bit of shock after the tree branch accident, we managed to get over it pretty quickly. We came up with some puns and even cheers, like, “you really have to branch out on the mark” and “Hit by a tree! Hit by a tree!”

Italy was our first match up in power pools. We weren’t supposed to know results from past games and who we were playing in the future. I personally didn’t know much about them coming into the game. They gave us a shock by scoring on us the first point, which also made them the first of five teams to have a lead on us. Italy had the throwers to put up huge hucks for their receivers, but the cross wind and our zone shut them down efficiently. In the game, three USA players — including me — managed to catch a Callahan which was quite a feat. Final score 15-2.

Our second game didn’t start until 5:45. Most of us once again didn’t know our next opponent until we heard the Colombians singing as we were warming up. We had been trained well to not pay attention to any of competitors when it was game time so none of us showed fear. Every minute of the game was intense; Dale from Ultivillage said it was the best game he has ever filmed. However, there was a 25 minute point with both teams trying to jam in scores. We traded points until we got a couple breaks towards the end, capping it off at 8-5. There were crazy athletic layouts from both sides, and both the US and Colombian Open teams were there to cheer us on, making it our noisiest game to that point.

Since most of the fields were closed off due to the weather, we had to walk 30 minutes to a different field complex. It was much smaller, and they had to fit in many fields so they all ended up being shorter and narrower. In semis, we played against Germany. Our team agreed that this had been one of our worse games. It may have been because we were glad we didn’t have to play Colombia or Canada, or maybe the cramped fields were distracting. Germany did a good job of working it up the field. At the same time we also had some mistakes and turned it outside of our endzone many times. Regardless we came out on top, winning 13-8. The next game would show much more improvement emotionally and skill wise.

The day started off a bit strange because we had found out that there was some mistake in having the bus pick us up. Instead we got taxis for us AND the Colombians, whose coaches were helping coach the boys and were already at the stadium.

At the stadium it was the largest crowd probably most of us had seen. It was definitely hard trying to communicate to people on the field but these “uncontrollables” didn’t matter in this high stakes game. No matter what it was important to keep talking on the sidelines.

It was tough for us from the get go because Colombia went up two points early. Our endzone offense seemed pretty spot on, but it was hard for the defensive line to get breaks because the Colombian offense was so solid. The Colombians seemed to catch everything that flew near them. Eventually we pulled to within one at 11-10. During this point, unfortunately a Colombian got hurt and it took about half an hour to get her off the field safely. This took out the momentum of the point and our d line couldn’t convert. Colombia continued to get breaks, eventually winning 14-10.

Both sides had controversial calls and there’s no telling what could’ve happened had some of those the calls not been made. Colombia proved to be the better country but I am ready to avenge the US and take gold in two years.