September 3, 2012 by Charlie Eisenhood in News, Recap with 5 comments 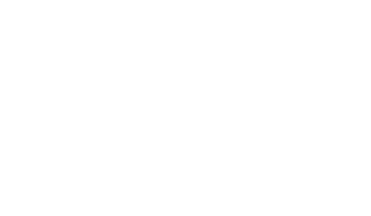 This weekend’s Labor Day Championships marked, as usual, the last chance for most club teams to tune up against top competition before heading into the USA Ultimate series on the road to Nationals. This year, however, the club restructuring gave the tournament an extra level of importance, as the results from this weekend will have the final say in how many bids each region gets to Nationals (further details here).

We have seen much more parity this year among the elite teams — lots of matches ending on double game point and “upsets” that don’t surprise you — which suggests an exciting race to the National Championship. Here’s what happened this weekend — and what we’ll be watching heading into the Series:

Seattle’s Sockeye, after a decent showing at the Emerald City Classic in early August, had an outstanding performance this weekend — winning all of their games en route to the tournament title. With wins against Denver’s Johnny Bravo and San Francisco’s Revolver — the top seeds at the tournament and the #2 and #3 ranked teams in the country, respectively — Sockeye will likely jump to the #2 spot when the final regular season rankings are released on Wednesday.

Sockeye’s mixed defensive looks — showing both gritty man-to-man coverage and a poachy zone — gave opposing offenses trouble. But they looked even better on offense, with smooth flow and great disc movement keeping defenses on their heels.

With Rhino (Portland) and Furious George {Vancouver) getting decent results this weekend, the Northwest should end up with three bids to Nationals — giving Sockeye an easy path into a high seed at Nationals.

So they didn’t stay undefeated, but Johnny Bravo’s only losses came to Sockeye — once in pool play and again in the finals. Outside of those games, Bravo had a great weekend, with good wins against Machine (Chicago), Ring of Fire (Raleigh), and Doublewide (Austin).

Bravo’s region — South Central — will get two bids; it should be an easy walk to Nationals for both them and new rival Doublewide.

This is probably the story of the tournament. Philadelphia’s Southpaw — who just started playing in USA Ultimate Club tournaments last weekend after playing as the Spinners in the American Ultimate Disc League — needed at least an OK effort to maintain their position (#14) in the top 16 and earn a second bid to Nationals for the Mid-Atlantic. Unfortunately, they didn’t get it.

For the second year in a row at Labor Day, Southpaw lost all their games, including a Sunday loss to Columbus’ Madcow, the #22nd ranked team in the country. Those losses and their -23 point differential — the tournament’s worst — will almost certainly drop them from the top 16, opening the door for the #17 bubble team — New York’s PoNY — to snag a third bid for the Northeast. That means just one bid for the Mid-Atlantic.

Let’s be clear: Southpaw is still a very good team. They scored in double digits against both Revolver and Atlanta’s Chain Lightning. They are still getting used to playing top competition, far stronger than what they faced in the AUDL. They are also building chemistry between their AUDL core and some new players who joined them for the Club season. But they will now face a tough battle at Regionals — with Washington’s Truck Stop and Pittsburgh’s Oakland looking to take the region’s only spot at Nationals.

Ring of Fire also had a rough weekend, losing their pool with a 1-5 record. Their win came against a strong Machine team, but they had bad losses to Boost Mobile (Palo Alto) and Madcow, both teams not ranked in the top 16. With all of their losses in the double digits, it seems unlikely that the rankings algorithm will keep them from earning a second bid for the Southeast. But, even if that’s true, they will need to play much better just to make it out of Regionals.

Doublewide had a good weekend, coming out on top of Pool B — the group of death — by going 5-1 in pool play, including wins against Chain Lightning and Revolver. They lost on universe to Rhino after this spectacular layout D took the game right out of their hands, and then lost again on universe to Johnny Bravo in the semifinals. Notably, Doublewide is still playing without Brodie Smith (knee).

It’s fair to say the reigning National champion Revolver is no longer the clear favorite to win it all this year. With losses to Sockeye and Doublewide — and nearly another to Madison Club — the San Francisco team didn’t show the kind of dominance we’ve grown to expect — and that we saw at last year’s Labor Day tournament. But they are facing the additional difficulty of pulling of the double peak, after their July win at the World Championships. They will be playing deep into Saturday at Nationals.

Rhino didn’t have the same kind of amazing performance that they put on at ECC, but they were very solid. They notched a big win against Doublewide and only lost twice, both times to top 5 teams — Chain Lightning and Revolver. Their explosive style of play will be dangerous at Nationals; they could make a serious run.

Boost Mobile probably didn’t do enough to earn a third bid for the Southwest. They notched just two wins (one against Ring of Fire) and got beat by a lot in many of their games. The Southwest will be a great region to watch — only having two bids raises the stakes considerably.

We will have more from the Labor Day Championships — including analysis of the Women’s and Mixed divisions — later this week. Video recaps forthcoming.