September 21, 2012 by Charlie Eisenhood in News with 3 comments 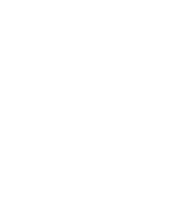 Just days before today’s threatened termination of the Rhode Island Rampage contract with the American Ultimate Disc League, Steve Gordon, the majority owner of the new Chicago AUDL franchise and a minority owner of the Boston franchise, offered Emerson Kilgore, the owner of the Rampage, a settlement deal.

The settlement would allow the league to place a team in Boston, which falls within the 100-mile non-compete radius of the Rampage’s territory. Kilgore has been adamant that the league may not put a team in Boston and is battling the AUDL in court to block them from doing so.

Gordon, who spoke on behalf of himself and Boston co-owner Brent Steepe (who also serves as the AUDL VP of Marketing), was in negotiations with Kilgore over the weekend.

On Monday, Gordon sent the following proposal to Kilgore for consideration.

Thanks for taking the time to talk tonight. I really enjoyed the opportunity to get to know you a little bit and get a better feel for another owner.

As I mentioned, my intention is to find the best direction to satisfy us both in this issue. I’m really encouraged to hear the experience you bring to the table, especially with contracts, as I have. That said, we both know the conventional method of negotiation is to ask for more than you would ever expect as a starting point so that upon compromising on certain issues, you still end up where you hoped to be.

As you can see, I did NOT take that approach. First of all, we don’t have the time for that. Second, my feeling is that if we come to an agreement, we’re going to be co-franchise owners in this league and therefore partners that need each other to do well. As such, I decided to lay out an offer that is fair right off the bat in an effort to show good faith. We both need the other to feel good about the deal so I went 50/50 immediately.

As discussed, here’s what I propose.

2. Upon selling an interest to [redacted] or any other investor, we would split the proceeds evenly.

a. However, because Brent and I would not be interested in retaining our 15%, we would be open to selling it to you or [redacted] at the same value (per 1%) as was paid for the majority by [redacted].

5. We would co-negotiate the deal with [redacted] to maximize the value.

Obviously, this would require league approval.

Emerson, that’s the suggestion. I think it’s fair, and we circumvent the loss of valuable time by getting right to where the agreement needs to be, rather than starting at a point that requires tons of time to negotiate when we’re going to end up right back here anyway.

Please let me know your thoughts. I look forward to hearing from you.

Kilgore declined the offer. He told Ultiworld that it was “an insult.”

Since there has been no settlement and no further discussions, it is likely that the Rampage will be officially notified of their contract’s termination later today by Josh Moore, the President of the AUDL, for a failure to pay fines and meet league standards as laid out in the Operating Agreement.