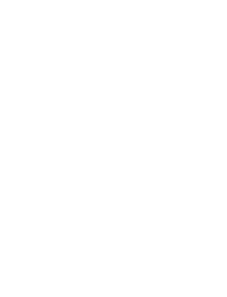 The University of North Carolina at Chapel Hill Men’s Ultimate program has been slowly building over the past few years.  With disappointing early exits from the College Series in 2010 and 2011, 2012 marked Darkside’s first journey to College Nationals since 2007.  Though the team did not finish as well as desired, this represented an important step in improving from a traditional Regional powerhouse to a consistent Nationals contender.

Coincidentally, this year represented the first iteration of UNC Men’s Ultimate Scholarship, set up by alumni who wanted to see the program continue to grow and succeed in the future.  Offering a scholarship to players on the team provides an incentive for incoming students to join the team, both those who have played Ultimate before and also those who have played other sports and are willing to try learning a new one. The scholarship is formally announced to all potential new players at the first night of tryouts, though many have already learned about it from online sources.

The scholarship is given out to one freshman and one returning player. The freshman is awarded $1000 at the end of the season and the Returner is awarded $500. Though the scholarship amount is not huge, it provides dedicated players with some extra money that can help offset some of the costs incurred while playing for the team (i.e. dues, jerseys, food at tournaments, etc.). The scholarship is awarded to the players who make the largest positive contribution to the team.  Though on-field performance makes up a large portion of their role, their dedication to off-field team endeavors and indicated need is also considered.

Choosing the scholarship recipient for the top freshman on the team proved to be a bit more difficult than the Captains and Coaches thought it would be at the beginning of the year.  Originally, there were five freshman on the team, but by the end of the season just two remained. It was a tough decision for the team leaders to make, due to the dedication and the hard work put in both players. We decided to split the $1000 between them.

Justin Foster, hailing from Apex, North Carolina, was one of the recipients. He discovered Ultimate early in high school and started playing pick-up.  His Senior year he started a team at his school — Apex High — and helped lead them to a fourth place finish at the state tournament. He played for the YCC team in the Triangle area and works with his high school team when back home.

Justin was one of the few rookies who played on the O-line last year, filling the role of a cutter. His quickness and small frame allow him to make agile moves and slip by defenders to catch key gainers on the unders and bust deep to score goals.

The other freshman recipient was Tim McAllister.  He is from Franklin, NC; a “good ole’ mountain boy.”  He went to Franklin High School and played football, ran track (hurdles), and swam.  Before entering his first year at UNC, Tim had never heard of Ultimate and played for the first time at tryouts.  His athleticism was clear from the get go; the fact that he had never played before was also apparent from his throwing ability that left plenty of room for improvement.  However, Tim put in many hours before and after regular practices working on his throws with coaches and teammates.

His growth as an Ultimate player was apparent by the end of the year when he filled the role of a solid defender and cutter for the D-line.  We are looking forward to his continued improvement this year and are sure that he will maintain his high work rate and dedication to the team.

This past year the scholarship for the Returner was given to Christian Johnson, a sophomore from Chapel Hill who started playing Ultimate in middle school. In his freshman and senior years at Chapel Hill High, they were state runners-up; in his Junior year they were state champs. He played for a Triangle area club team, LOS, in 2010 and after his first college season played for Ring of Fire.  He has continued playing with Ring this year and is part of their O-line cutting corps.

Christian has also been involved in Youth Ultimate in the area, helping coach his high school alma mater.  He has also helped out the community by observing TYUL games.  He is planning on trying out for the U-23 World’s team when the application becomes available.  Christian will be entering his Junior year as one of our top cutters on the O-line.

The second year of UNC Men’s Ultimate Scholarship is underway with tryouts having finished and the season begun.  The increase in interest in the team was noted by the large number of inquiries from prospective players over the summer and another strong set of players at tryouts.  We are looking forward to seeing where this year will take us and are always looking to improve as individuals and as a team.  We hope that the Ultimate Scholarship will continue to aid us towards this end.