The Best Of Callahan Winner George Stubbs’ Q&A On Reddit

October 19, 2012 by Charlie Eisenhood in Interview, Other with 0 comments 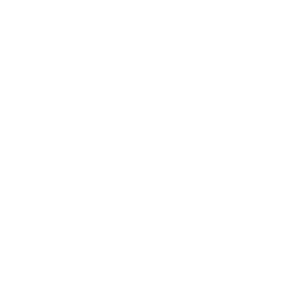 Yesterday on the social news site Reddit, George Stubbs — 2011 Callahan winner and player for #1 ranked Boston Ironside — answered questions from users in an AMA (Ask Me Anything).

He followed in the footsteps of Ben Wiggins, who did an AMA last month.

Below we’ve aggregated some of the most interesting questions and answers (block quoted), with links to the full comment threads. Some have been edited for length.

“At the elite level, how much ‘gaming’ of the rules is really happening?”

[quote]From my perspective, I think that “gaming” the rules is not happening as often as it’s talked about. There are definitely specific instances where I’ve seen pretty bad cheating and bad calls, but rarely do I play teams at the elite level that are using the rules to their advantage in a way that passes the threshold of honesty and trust that elite ultimate still has.

I would attribute this to mutual understanding and norms for the rules at a club level. For example, intentionally “illegal” (by the rules) contact happens ever mark, and downfield ALL the time, and not just by certain players. Everyone does it, and there’s an understanding of how much you can stretch the rules.

Gaming happens. There are players and entire teams that are at the boundary or beyond. But in general it’s pretty self-regulating, in my opinion.[/quote]

“You went to Harvard for your undergraduate studies. Do you have any tips for balancing school with ultimate?”

[quote]School comes first in the end. That’s why you’re there.

That being said, I believe balance can be achieved. I always found that I was a better and more efficient person in-season when I was forced to look at my time pretty carefully. For specific time related concerns, I would just recommend committing to being at ultimate stuff (aka developing the self-regulated mentality that it is “not ok” to miss any ultimate for school stuff), and that forces you to adjust your time management accordingly. I was able to practice from 9-12 PM the night before midterms because I didn’t view it as an option and put in the time beforehand.

Generally the biggest thing is to compartmentalize (one of my favorite terms/concepts of all time). When you’re on the ultimate field, you’re fully present, thinking about yourself, the game, and your teammates, NOT your schoolwork or dreading after practice. Enjoy it and then flip the switch when you are doing your schoolwork. 100% presence in whatever activity you have. So get your work done before tournament or agree with yourself that you’re just not going to worry about it.[/quote]

“What would you say is the most common mistake younger players make who are trying out/playing for high level club teams?”

[quote]It really depends on the player/team, but here’s an answer that falls across all situations:

Confidence — you need to show that you know you should be there. Play to your strengths. If that means throwing breakmark backhands all day, do that, as long as it’s not detrimental to your team. If that means trying to guard the captain of the team if you’re trying out for a d-line spot, go for it.

Consistency — be consistent. If you’re not the best thrower, no need to push it. Again, play to your strengths. Play fundamentally and balance that with risk-taking in the situations that you feel comfortable with it.

Good teammate — be loud on the sideline, get to know people. That’s huge.

Not doing those things are mistakes. Other mistakes — hucking it all the time, being anything but spirited or a good teammate, being timid.[/quote]

“If you could change anything about Ultimate, what would it be?”

[quote]Geez, that’s tough. I love the passion around growth, rules improvement, and generally making the sport better. It’s a fun time to be part of the sport. AND at the same time, I would change the fact that people see ultimate as it is something in need of improvement, which often comes across as negative. I would love to hear more “I love this stuff how it is,” acknowledging that we have something pretty special that doesn’t need to be a mainstream sport like any others. Let’s embrace ultimate for it’s unique attributes.[/quote]

“What are your thoughts on the NexGen Tour and the NexGen Network? Where do you think they are heading and did you enjoy being part of the original experience?”

[quote]Nothing but support. Being a player on the tour was an amazing experience and I love what it’s become in terms of filming and coverage.

The tour is hard to execute, so I imagine that it will become every other year if it continues to go on (I hope it does).

With NGN, I think what they’re doing is great, and with all developing things, there’s some really exciting room for improvement with coverage, marketing, and developing a sustainable business model.[/quote]

“What do you think your strengths are as a player? As a coach?”

As a coach: Player development and one-on-one attention with those I’m coaching, Team level motivation and mental game, strategy (especially defense), support at an individual or team level. [/quote]

“Could you expand a little on what you mean when you say many people throw their flick ‘wrong?'”

[quote]I believe that the best way to throw a flick is leading hard with your elbow and following with the pinky side of your hand, palm facing up. So for the grip, this means that the edge of the disc is fitting in between your ring and middle finger. Your index and middle finger are pressing on the bottom of the disc (NOT the rim) and your thumb is pressing on the top of the disc (not the rim, and enough so it makes a dent), which creates a pinching affect. The throw then snaps off the outside of your middle finger. Your ring and pinky fingers should just provide some support to make it stable. When you throw, you’re moving your wrist side-to-side (palm upward) instead of forward and back.

Many people throw their forehands using their index, middle finger, and thumb to grip the rim of the disc, and throw with their palms facing forward instead of up. I think that this is a disadvantage for power and versatility. The one advantage it might have is for inside out breakmark flicks, but that’s not worth it.[/quote]

“You missed a club tournament this year to coach the USA Junior Worlds team. You’ve also been a coach at NUTC a few times. How do you think your experience coaching has impacted your playing? What is your feeling on the different roles of a coach at the youth, college, and club levels of play?”

[quote]Coaching has helped me develop enormously over the years. Being outside of the game (aka not playing) allows you to see things more clearly and it has developed how I see the game. Furthermore, it’s made a difference in how I lead, communicate, and how I am a teammate.

For youth coaches, this means focusing a little less on success and more about player development and cohesion.

For college, this means balancing development with achievement, especially as players new to the sport get involved.

For club, I think balance is still key, but it’s a little less developmental for players, and more focused on development as a team. Indiv. development happens naturally.[/quote]

“How do you feel about the progression the sport of ultimate is making (in reference to the MLU and AUDL)? Do you think that refs (or at least observers that are allowed to make more active calls) are necessary at a high level of play?”

[quote]I think that observers should make immediate rulings on some calls and generally be what you described as “a little more active,” without taking it to a level where they’re calling fouls, etc.

Generally, I’m against introducing refs to ultimate. I don’t think refs are the answer, and would create far more problems than there are now. A lot of this feeling comes from practicality. Ultimate, as a one-on-one sport, would require similar attention to the players as the NBA and NFL have. If we’re looking at the NBA, what they do is possible because it’s a small space, and there’s still so many things that are missed an players look for the refs to be looking the other way to cheat. Now imagine making the field huge, adding players, and having them sprinting all over the place. My opinion is that it won’t be pretty. And more importantly, it will become not fun at all if people just hate each other as they cheat. There goes the great community that ultimate has.

In general – progress is good. It’s exciting. AUDL refs didn’t work in my opinion (see above for a few reasons). At the same time, while exciting experimentation is great, I wish it were coming from a place where people are recognizing what’s great and unique about this sport … and then thinking about how to make it better. Instead, people focus on the very narrow characteristics that aren’t so good and then try to adjust from there. I believe that ignore 90% of the issue — ultimate should be recognized for how great it is right now as well.[/quote]

“What would you say is the most important skill for a cutter to have? What about a handler?”

[quote]Cutters: Most important skills are timing and spacing. This allows your offense to flow and most all gives all the offensive players on the field the ability to affect the team positively. Hard to practice, except by playing.

Handler: Making great, fundamental dump cuts — I can’t say how huge this is. Don’t be dominant, but when it’s your turn, cut like you mean it by driving your guy one way and then going the other. And if you don’t get it, don’t hang around.[/quote]