January 4, 2013 by Charlie Eisenhood in News with 0 comments 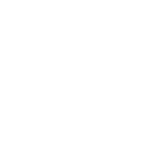 In late December, the World Flying Disc Federation announced sanctions in conjunction with the Italian and European ultimate federations on a group of Italian youth players that stole a “significant amount” of gear — rumored to be worth more than €1000 ($1320) — from Five Ultimate’s tent at the World Junior Ultimate Championships in Dublin this summer.

We asked Five about the incident, including how much gear was taken, what their involvement in the punishments was, and how appropriate they considered the punishment to be.

Christina Williams, Five’s Director of Tournament Operations, was in Dublin and was involved in the discussions with WFDF, the European Ultimate Federation, and the Federazione Italiana Flying Disc about the incident. She sent along this statement:

[quote]Five Ultimate is thankful to the WFDF, EUF, and FIFD for taking the time to address this issue thoughtfully and thoroughly. In addition, speaking on behalf of the Five Ultimate crew on site in Dublin during the tournament, we sincerely appreciated the time and effort that members of the WFDF, EUF, and WJUC organizing committee put into addressing this issue as soon as it came to our attention. It was a difficult situation that unfolded quickly and unexpectedly, and we were very fortunate to be able to work with people who wanted to bring this to a satisfactory conclusion.

These events were unfortunate, and we sincerely hope that these players will learn from this experience. We want to see these players continue to grow and play the sport through the end of their sanctions and beyond. Five Ultimate highly values Spirit of the Game, mutual respect, and the amazing community we as ultimate players have created for ourselves across the world. It is our hope that these players will be able to foster a greater understanding of the spirit of ultimate as they move forward in life, both on and off the field.

We look forward to seeing them set a high standard for themselves, the sport, and the global ultimate community throughout their ultimate careers.[/quote]