February 15, 2013 by Charlie Eisenhood and Wes Cronk in Recap with 5 comments 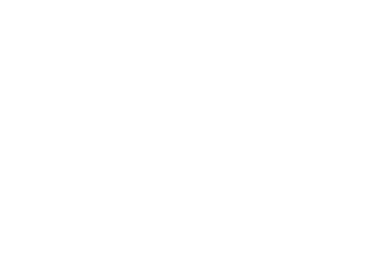 Here’s a look at some of the results out of Friday’s pool play and crossover games at Warm Up:

– Wisconsin (#3) had the best results of the day — and looked the best in their games. With a decisive win over Pittsburgh (#1) that wasn’t as close as the 13-11 score indicated, the Hodags sealed a 4-0 day that also included a win over #6 ranked Texas. Colin Camp played extremely well against Pitt and should lead the team to more wins tomorrow. They’ll have big tests against Florida and Carleton (#2) back-to-back in their final games of pool play.

– Florida may be the surprise of the tournament so far, notching a huge second round upset over Pitt 13-7 before easily beating Dayton and Cornell. In their showcase game in the evening, they played a gritty game against Carleton, and, despite going down a handful of breaks, rallied back late and got a big layout D with a chance to tie the game. But Jesse Bolton, in off of an injury substitution, made a huge layout to get Carleton the Callahan and the W, 13-11.

Florida looks athletic and surprisingly deep, and are clearly a top 25 team.

Despite the win over Pitt, Florida doesn’t have a promising path to the championship bracket, due to the unusual format that advances pool winners plus two “wild cards,” determined by overall pool play record. A clearly underseeded Florida State team has much easier crossover games and, if they win out tomorrow (probable), will take one of the wild card slots. Florida will need a win over Wisconsin to guarantee themselves a top bracket spot; otherwise they will have to hope for losses from Texas or Central Florida (#4).

– Central Florida went 4-0 today, but they have yet to face any major tests. They beat Dartmouth (#17), Cornell, Georgia, and Wisconsin-Milwaukee. While that’s no easy schedule, they haven’t had to play any of the main contenders yet. They didn’t dominate Dartmouth today — the game was close throughout. The Dogs of War are also without their star player Mischa Freystaetter, who’s away for a wedding this weekend.

– Carleton didn’t have any dominant wins today, but they should a lot of grit. Each of their games was decided by 3 points or fewer. They beat Maryland, Florida State, and Florida — and lost to Pitt. Playing without Justin Norden (hamstring), Carleton got great performances from Nick Stuart and Simon Montague and looked well-coached at this early stage of the season.

Carleton had to work hard to get past a strong Florida State team that gave them trouble with their athleticism and big playmakers. Carleton won it on universe in one of the more exciting matchups of the day.

– Pittsburgh may be suffering some post-championship malaise. They went 2-2 today, with losses to Florida and Wisconsin, and wins against Carleton and Georgia Tech. In the game against Florida, a combination of strong Florida play, first game rust, and experimentation with lines led to an ugly defeat. Alex Thorne and Tyler Degirolamo looked good — particularly against Wisconsin — but this team is a little shaky right now. They’ll easily make bracket play Sunday, however, and could quickly return to top form.

– This is still anyone’s tournament. There is quite a bit of parity — a common theme at Warm Up — as most games between the top teams went down to the wire and could have gone either way.

– Wisconsin stood out as the best of the bunch, both in record and in the “eye test.”

– The Southeast region looks very good, with impressive performances from Central Florida, Florida, and Florida State. Georgia Tech went 3-1 as well, but they haven’t beaten a top 25 team yet (tomorrow they face Dartmouth).